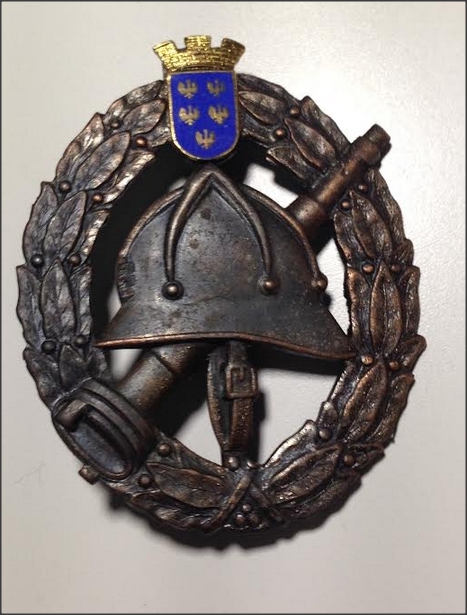 arge metal badge with enamel logo, with five birds on it

The coat-of-arms is that of the Austrian state of Lower Austria; another source says that "the arms were officially granted in 1920" (the mural crown is usually employed by republics to replace monarchic crowns), placing it sometime between that date and 1938.
EDIT: Here's someone selling that same badge and dating it as "Second Austrian Republic", that is, anytime since 1945.