What was the first broadcast television programme?

Was it The Queen's Messenger or The Man with the Flower in his Mouth?

IMDB claims that The Queen's Messenger was the first, but I've always understood it was The Man with the Flower in his Mouth. So which was it?

I was asked to define 'broadcast' and 'programme'...

programme - a fiction or non-fiction television show, intended to convey content of some kind, not an experimental broadcast purely for seeing if the system worked.

broadcast - sent via radio waves, available to members of the public who owned ordinary (at the time) television sets.

The earliest TV program broadcast which can be proven as not being experimental is Charles Francis Jenkins' revolving windmill segment broadcast on the 2nd of July, 1928, but there may have been others before this.

While The Queen's Messenger, broadcast in the US on the 11th of September 1928, can probably claim to be the first TV drama, it was not the first TV programme which was "not an experimental broadcast purely for seeing if the system worked." The same probably applies for the The Man with the Flower in His Mouth, broadcast on the 14th of July 1930, as the first TV play in the UK.

In the UK, John Logie Baird had been demonstrating and / or broadcasting since at least 1925(1) but this should almost certainly be considered as primarily experimental until 1928. Then, on the 20th of February 1928, the world’s first TV sales department was opened in London by the American retailer Harry Selfridge Snr. in his London store to sell Baird’s ‘Televisors’. Baird had first demonstrated his system at the store in 1925, and Selfridge believed in the future of televison. Thus, it can be argued that, as Baird was broadcasting programmes (via a transmitter on the roof of Selfridges) to appliances sold and licensed, the broadcasts were not purely experimental. Pinpointing the moment at which this became true, though, is effectively impossible. 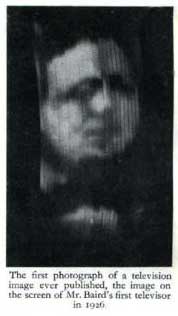 From the British "Journal of The Television Society", September 1941. Courtesy of Steve Dichter

Interestingly, in 1929 Baird's broadcasts could be seen as far away as Capri (Italy) and Madeira:

.... a young Bessarabian engineer...ordered two sets from England, one to pick up sound and the other vision... early broadcasts, some of which reached even further than Capri. On the island of Madeira, off the north African coast, W. L. Wraight, an amateur English engineer and member of the newly formed Television Society, built an aerial from copper tubing, installed it on top of his house in the island’s capital, Funchal, and got fairly good pictures from the mast over 1,500 miles away on top of Selfridge’s [London]

Meanwhile, in the US, General Electric (W2XB) began broadcasting in January 1928. In May 1928, an article appeared in The Washington Post informing the public of broadcasts "three afternoons weekly" on General Electric's "Radio Picture Service", and announcing "Opera stars to sing". There is also a reference "For the benefit of those who wish to experiment with television reception",: the context seems indicate potential viewers trying out the service. Then, in September, came the first TV drama The Queen's Messenger, but sources do not indicate whether this was in any way experimental; at any rate, only 4 television sets were 'tuned in'.

Also in the US, Charles Francis Jenkins started the first commercially licensed TV broadcasting station (W3XK) on the 2nd of July, 1928, and made his first broadcast on the same day:

Jenkins's first program consisted of a ten-minute segment of a revolving windmill.

According to an article in the Washington Post dated June 6th, the broadcasts to be made from July 2nd onward had been tested during 'the past three weeks'. Thus, the windmill program and (presumably) those which followed it were not experimental broadcasts as the equipment had already been tested. 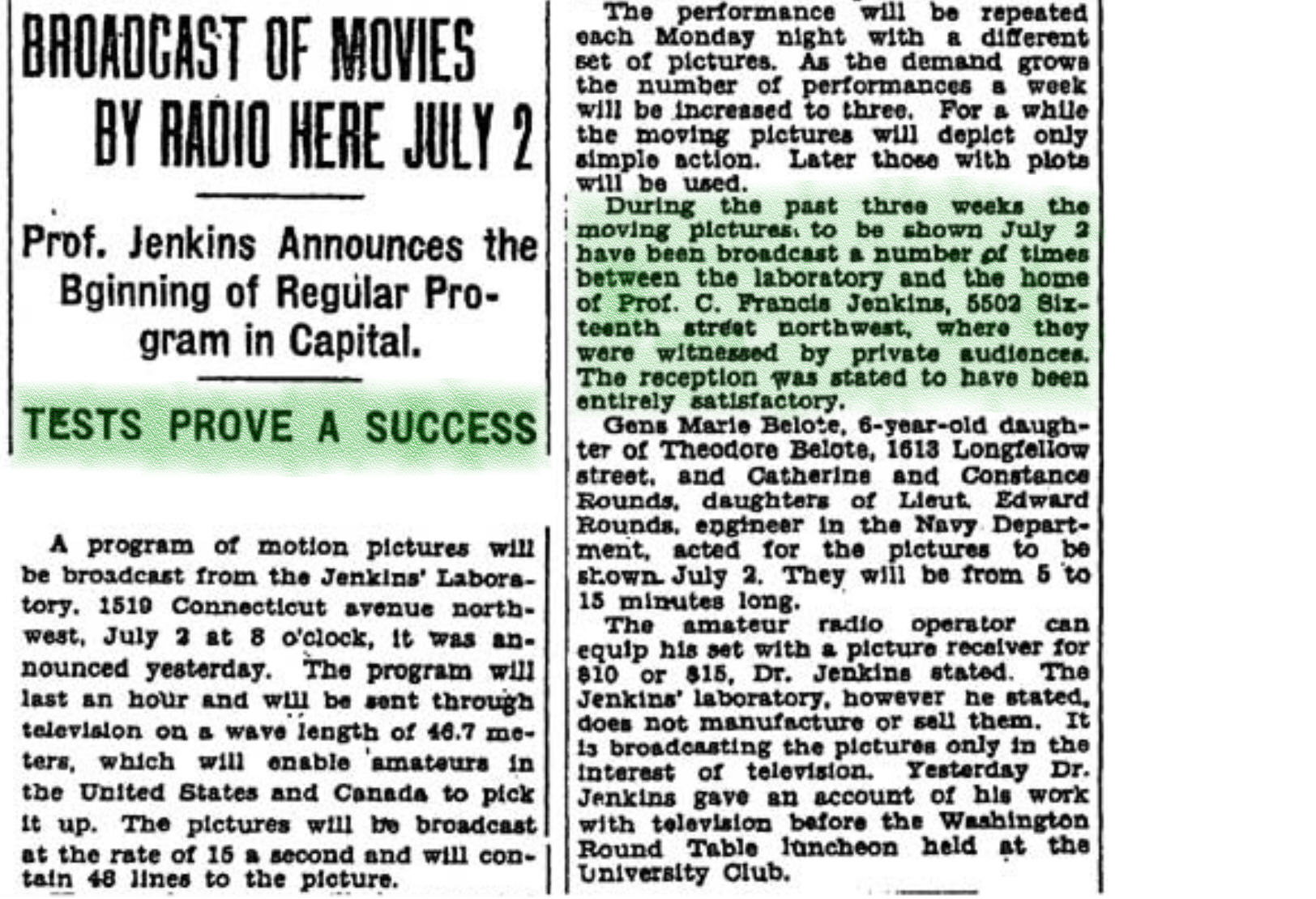 Jenkins can also lay claim to the first studio exclusively for TV productions where productions were initially filmed in silhouette as this was all the technology was capable of at first. 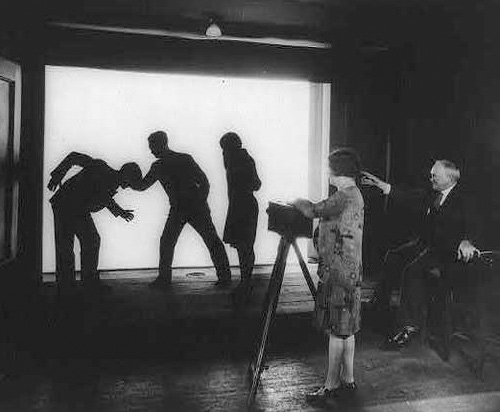 Nov 6th, 1929 "note that the performers are shown in silhouette, that being the form in which the pictures are received over the air" Source: Early Television Museum

The company continued broadcasting until 1932, when it shut down due to its failure to make a profit.

Back in the UK, after witnessing a demonstration broadcast by Baird in September 1928, the BBC (reluctantly by most accounts) had it's first scheduled TV programme of comedy and music on the 30th of September 1929 at 11.04am(2). Baird himself estimated 29 people saw it(3), 20 of them using sets they had built themselves. According to the BBC's own TV history page,

by the end of 1929 Baird was running a programme of regular television broadcasts which would continue for the next six years.

It was during this time (14 March 1930) that The Man with the Flower in His Mouth (link to video) was broadcast. This site calls it the first "official sound and vision television broadcast" but the BBC itself makes no such statement. Rather, it was the first broadcast using the BBCs new radio transmitter. The BBC does not refer to a first official broadcast until 1936 (“a bulletin of British Movietone News”).

If, ultimately, it is unclear as to what were the first non-experimental TV program(me)s in the US and the UK, there are a few interesting TV 'firsts' which are generally not disputed:

Not the answer you're looking for? Browse other questions tagged communication modern television interwar or ask your own question.

0
What was that early TV or cinema commercial which was (maybe) the first to feature a shower/somebody showering?