What is the difference between Taino and Puerto Rican?

I have heard a lot of Puerto Rican's call themselves Latino or Hispanic. However, after watching this video, I am a bit confused about what they say. Can anyone confirm why different Puerto Rican people are posing different views about who they are?

ethnicity caribbean
Share
Improve this question
edited May 1 '20 at 6:27

A resident of Puerto Rico could be either, or neither, or both.

Puerto Rico is a island with people who's ancestry comes from all over the world. Not every Puerto Rican is any one thing. It's just like saying American. Not every American is White or Black or Indian or mixed or Asian etc. Most but not every Puerto Rican has ancestors from Spain or Africa, or Taino American Indians. Some are a mix of all three some are not. Many are now mixing with Jewish Americans, Irish Americans etc. Tainos are those people from Puerto Rico, Cuba, Dominican Republic who trace their ancestries to the Taino Natives. All Tainos are mixed but claim one identity for political reasons the same way Africans Americans do in spite of any other mixture.

Pre European contact ie Christopher Columbus aka Cristobal Colon the chain islands from the Bahamas through the Greater Antilles and some in the Lesser Antilles (mostly ruled by the Caribe Tribes “cannibles”), where populated by the Tainos (ancestors of the Arawak Nation). When Christopher Columbus came to the Dominican Republic and Puerto Rico he and his people essentially, as spread by them to Spain, wiped out the native Tainos to extinction. Many believed this thru as many who got stories from their grandparents who got from their grandparents believed this not to be true. Hense the back and forth of what people say they are. Puerto Ricans are mainly genetically Native Taino, African American and Spaniard. DNA shows this. That also confirms that Native American DNA lives in them and not many Puerto Ricans know this. Theirs so much time passed that things have been forgotten and even though now we have the internet not many US or elsewhere born look into their heritage. As for the Latino/Hispanic debate not many know the difference between the 2 and not many realize that many spanish speaking countries fall under both. I do not know how to share pictures in here but essentially Hispanic is in areas where Spain is included but not Brazil and Latin includes Brazil but not Spain. Go to https://mixedlatinxs.tumblr.com/post/176728245334/vivalatinamerica-ive-seen-a-few-of-these/amp. She really explains it well. 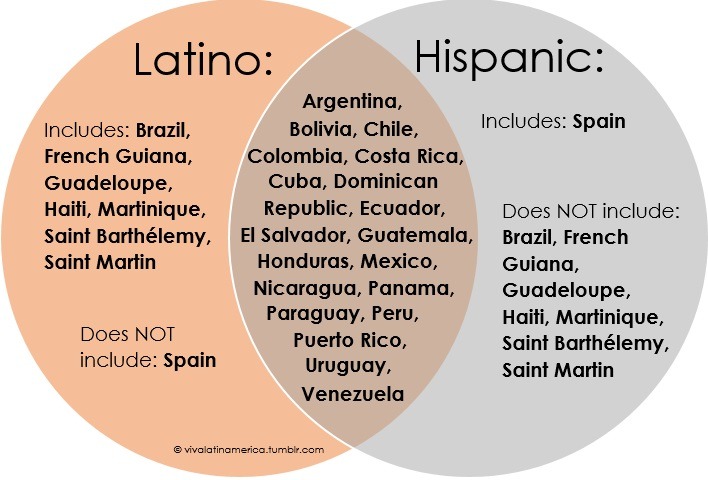 Not the answer you're looking for? Browse other questions tagged ethnicity caribbean or ask your own question.

17
What were Hispanic people called in the US in the 1800s?
7
The monumental/architectural sculptures of Petra - has there been any research on the likely craftsmen who executed them?
1
Books on development of collective identities (tribal, ethnic, national etc) and people's identification as part of the collective through time?
11
Did the Ottoman government rationalize the Armenian Genocide and other instances of ethnic cleansing as a response to Russian expansion?
6
Are the Sabean people of Cushitic or Ethiopian origin?
3
When did the Ciboney arrive on Cuba and displace the Guanahatabey?
10
What is the brown doll on Nicolás de Ovando's desk?
7
How did Southern slaveholders in the United States relate to the Caribbean and Latin America?
4
When and why have the Neo-nazi view of Slavic peoples changed?