Why was Pah-Ute County transferred to Nevada?

In 1866, the US Congress transferred the majority of Pah-Ute county from the Arizona Territory to the state of Nevada. This was done against the wishes of the territorial legislature of Arizona.

Why was the county transferred? 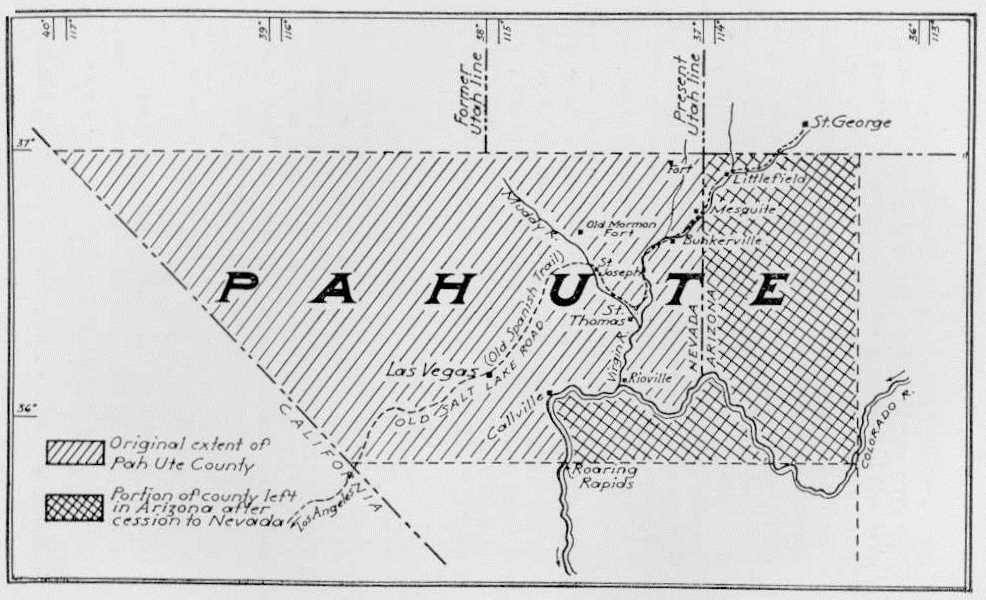 For some reason, to this day unexplained, the greater portion of the land in this Arizona county [Pah Ute County] was ceded to the State of Nevada.

The first line of reasoning is that Congress wanted to create states with unified interests. As Beulah Hershheiser put in is his official state history of Nevada:

. . . the desired tract was a mining district; that Nevada was a mining state; and that the interests of the two were therefore identical.

Secondly, Congress may have felt comfortable rewarding Nevada with valuable resources at the expense of Arizona, as Arizona had recently sided with the Confederacy, and in fact had been granted territorial status by the Confederate government.

Source: Mark Stein, How the States Got Their Shapes Too

Not the answer you're looking for? Browse other questions tagged united-states 19th-century border-dispute or ask your own question.

8
Free states and slave states - how did that work?
12
How were new states admitted to the Union?
2
Was there a time when George Washington discovered some of his soldiers absolutely refused to swear loyalty and obedience to the Continental Congress?
11
Why was Kentucky not admitted to the Union in 1789?
2
Have there been any instances of US states trading land, not related to the creation of a state?
7
How did Southern slaveholders in the United States relate to the Caribbean and Latin America?
5
Why was Napoleon so lenient to Austria?