He crossed the Pyrenees by the Col du Perthus, a relatively low pass near the eastern end of the mountains near the Mediterranean Sea. The Col du Oethus is less than 800 meters high and even in ancient times was an easy passage over the mountains. 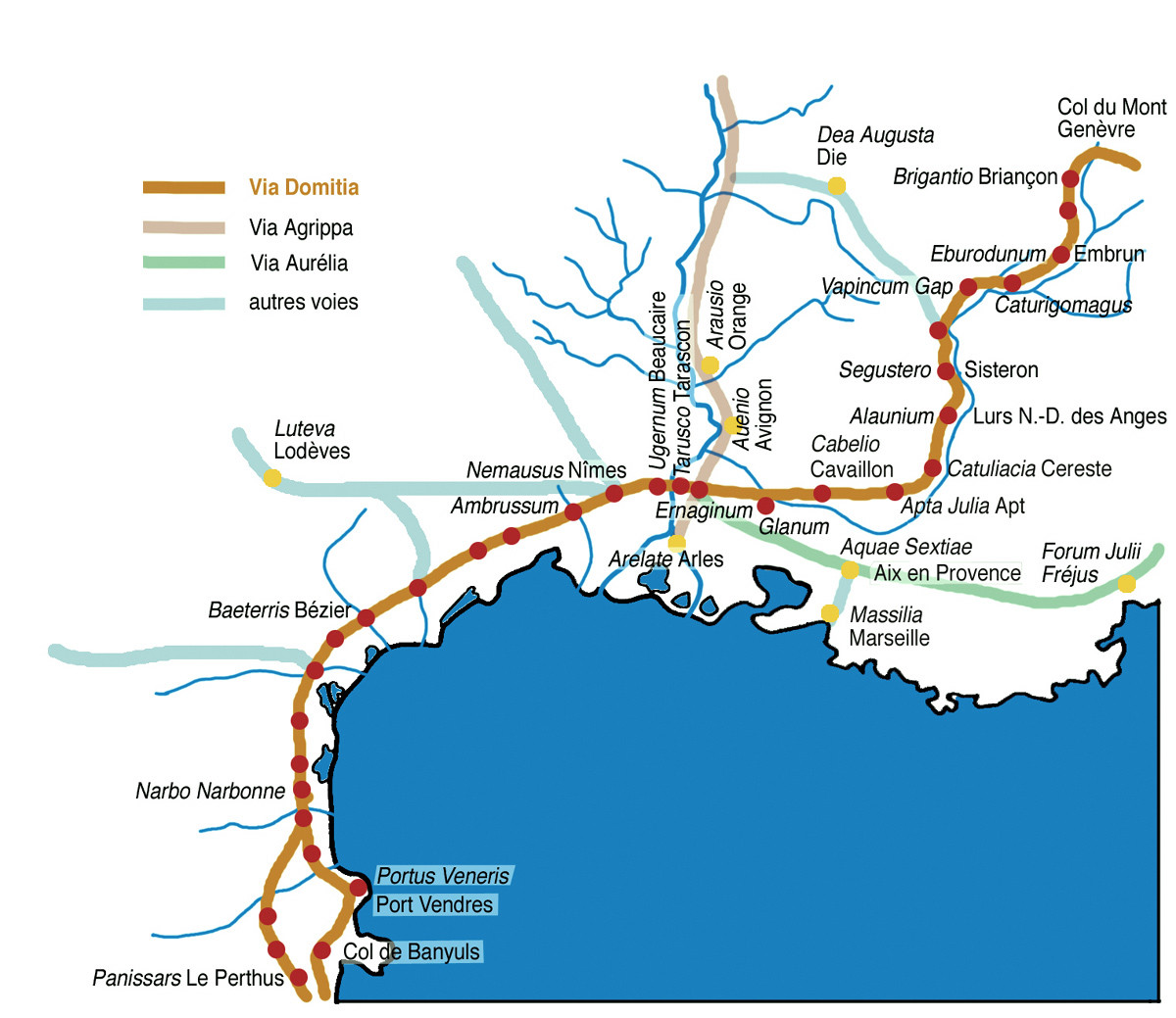 The Via Domitia leads to the most popular (and lowest) pass in the eastern Pyrenees, the Col de Panissars, now known as the Col de Portus. Hannibal probably came through this pass in 218 BC.

Living in the area, I've taken on board these comments and others. My background is geographic, following what sparse evidence there is and local legends I'm surveying all five possible routes.

Col de Panissars/Perthus is accepted locally as the most likely and certainly it's the most direct. Col de Banyuls has local claims as the crossing point for Hercules who was something of a reference for Hannibal. Puigcedra is the most interesting. There are thin claims finds at Tossal de Beltaga support that route based it seems there are of signs of destruction around that time?? It's an interesting idea and certainly its a reasonably easy early summer route to Perpignan and Elne.

There are issues regarding the absolute embargo on staying south of the Tech but that could be managed. The local thinking it was not the entire army but a substantial portion. https://fundacionpalarq.com/en/hannibal-and-his-troops-pass-through-the-pyrenees/

7
Did the Carthaginians have the option of sending Hannibal to Sicily?
11
Did Hannibal start the Second Punic War prematurely?
34
Why didn't Hannibal attack Rome after the Battle of Cannae?
3
Why didn't the senate of Carthage reinforce Hannibal in Italy?
17
Why did the original Carthage never become a Roman city?
2
Why have we never found any elephant skeletons in the Western Alps?
122
Why, in ancient battles, did being encircled mean defeat?
0
How did Carthage Lose the First Punic War to Rome?
2
At the start of the Second Punic War, why didn't Hannibal engage Publius Scipio in Hispania, but crossed the alps instead?