Is there a relationship between the Pelasgians and Sea Peoples?

Wikipedia describes the Pelasgians as follows:

all the indigenous inhabitants of the Aegean Sea region and their cultures before the advent of the Greek language.

And that these people where seen by ancient writers as

...populations that either were the ancestors of the Greeks or preceded the Greeks in Greece, "a hold-all term for any ancient, primitive and presumably indigenous people in the Greek world".

The "Sea Peoples" are described as follows

The Sea Peoples were conjectured groups of seafaring raiders, usually thought to originate from either western Anatolia or southern Europe, specifically a region of the Aegean Sea.

I don't know much about the bronze age Mediterranean so forgive me if I ask a silly question but I'm curious to know if these tribes of people are related.

The Peleset was one of the Sea Peoples to invade Egypt during the reign of Ramesse III in the fifth and eighth years. They have been identified with the Biblical Philistines ever since the works of Jean-François Champollion in the early 19th century. Like the Sea Peoples in general however, there is no real, firm evidence.

The Peleset (Egyptian Prst/Plst) are almost universally identified with the Philistines of the Bible. The Peleset first appeared in Egyptian texts under Ramesses III. There is no indication as to their origin, although they were 'islanders'. Suggestions have ranged from Crete to Arzawa in Anatolia o Canaan, but there is as yet no clear evidence to resolve the question.

One hypothesis for their origins is the similarly elusive Homeric Pelasgian. The Philistines are said to have originated in Caphtor, which in turn has been theorised to be Cyprus or Crete. Incidentally, in Homer's epic Odyssey, the Greek protagonist Odysseus says that:

There is a land called Crete, in the midst of the wine-dark sea, a fair, rich land ... There dwell Achaeans, there great-hearted native Cretans, there Cydonians, and Dorians of waving plumes, and goodly Pelasgians. [19:166].

Biblical passages refer to the Philistine's origin as the 'Islands of Caphtor' ... Since many scholars identify Caphtor with Crete, it is widely accepted today that the Peleset were originally Cretan Greeks of the Late Bronze Age. [Philistine pottery finds] are closely related in ware, shape, paint and decorative concepts to examples of the LHIIC period attested in Greece and the Aegean islands.

But ultimately this is all quite speculative, and there are competing theories that the Peleset originated in Anatolia or Cyprus.

There are also some hints based on the representation of the Peleset in Egyptian art, with a rather distinctive helmet : 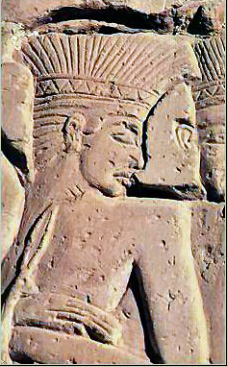 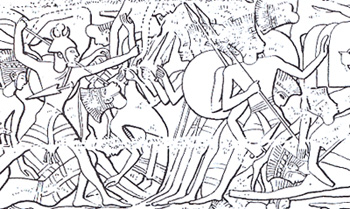 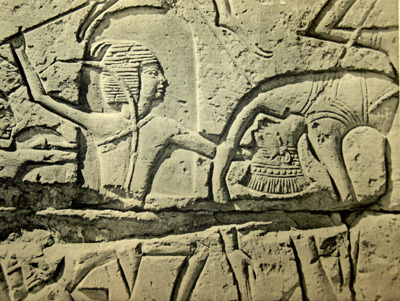 which seems to be similar to some helmets found in Crete during the same era : 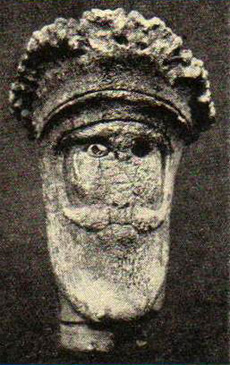 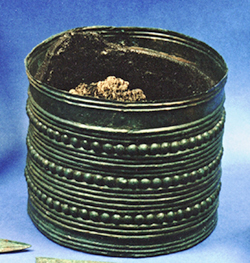 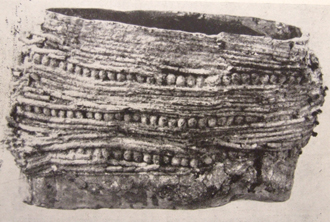 Nothing to link them specifically to the Pelasgians except for the similar name, though.

Not the answer you're looking for? Browse other questions tagged ancient-history ancient-greece ancient-egypt bronze-age mediterranean or ask your own question.

10
What is the most widely accepted theory on the ancient "Sea Peoples"?
5
The destruction of the Mycenaean palaces and the Sea-peoples
15
Is there a link between the Sea people and the Trojan War?
3
Were there any Ancient Greek theatres not built on a hill/slope?
5
What was the condition of women in "primitive societies" around the world?
13
What did the ancient Eastern world think of the ancient Greeks?