What happened in Calcutta in 1961?

I was watching a clip of the American flag being raised in Havana for the embassy re-opening since closing in 1961. There were some retired Marines there who were there when the flag was taken down. One of them had a hat with something about Calcutta in 1961 on his hat. 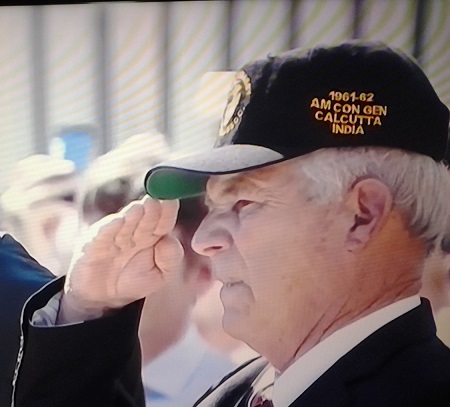 What happened in Calcutta that he would have this on his hat? I don't see anything about a US military base in Calcutta nor any battles.

I would guess that this fellow was stationed at the American consulate general (that is what AM CON GEN stands for) in Calcutta between 1961 and 1962.

So to answer your precise question: Probably not much.

Not the answer you're looking for? Browse other questions tagged united-states military india 1960s or ask your own question.

30
Was the Italian campaign a strategic mistake?
8
What happened to the US Army Camel Corps?
7
Why was Calcutta a node in the opium smuggling network prior to the Opium Wars in China?
2
Was there a time when George Washington discovered some of his soldiers absolutely refused to swear loyalty and obedience to the Continental Congress?
3
What happened to the missiles of Tipu Sultan?
5
Where can I find maps and other historical resources / references of Calcutta / Kolkata in the Victorian era?