Were any fortified castles self-sufficient in food?

I read here and there about sieges of fortified castles which lasted extended lengths of time (two years for instance).

Was there any castle in Medieval Europe that was self-sustaining? By self-sustaining I mean it could produce enough food to feed its defender, i.e. the ability to grow crops and raise cattle within the fortifications in amounts which would allow people inside to survive.

I understand that those sieges could last so long because of amassed reserves of food, I was wondering though, did anybody tried to be to a certain extent independent from anything outside the walls.

Note: I believe that this would also be limited by some everyday items (like wood for instance), which are slow-growing and thus one needs a large reservoir to account for natural replacement.

Obviously this depends on how many defenders there were inside the castle. A castle garrisoned by a single person could probably live reasonably well off the chickens that might be in the bailey, for instance. He could even start a vegetable garden or some such.

Realistically, no castle could hope to produce enough food to sustain a reasonably-sized garrison, and I doubt that anyone would have wanted to try. In fact, the whole point of a castle is so that you don't have to defend all your farms and forests and pastures.

Building and maintaining a castle is not cheap. The expense could be justified because you would gather (ideally) everything of value (treasures, food, your lives) inside one in the event of war. That, however, leaves little of any value in the countryside, apart from the land itself. Since even the best raiders in the world can't possibly take your lands with them, it simply doesn't make a whole lot of economic sense to protect them with expensive castle-like fortifications.

Even if we suppose that cost is no object, it is still militarily unsound to encircle so much land because doing so vastly lengthens your line of defence. In a normal castle, the garrison could relatively easily react to an assault and rally to it. However, if the garrison is spread across miles, then the besiegers could concentrate its forces on one specific spot. The defenders there would easily be overwhelmed long before the rest of the garrison could reinforce them.

Thing is, a castle typically relied on a larger territory than its garrison could defend in the first place. Enlarging the fortifications to cover those farms would also increase the number of defenders needed. Now, you are correct that the enclosed area could increase faster than the length of the enclosing walls. So theoretically, you could enlarge your castle until the balance tips in your favour.

But it's more likely that your "castle" would end up looking like this: 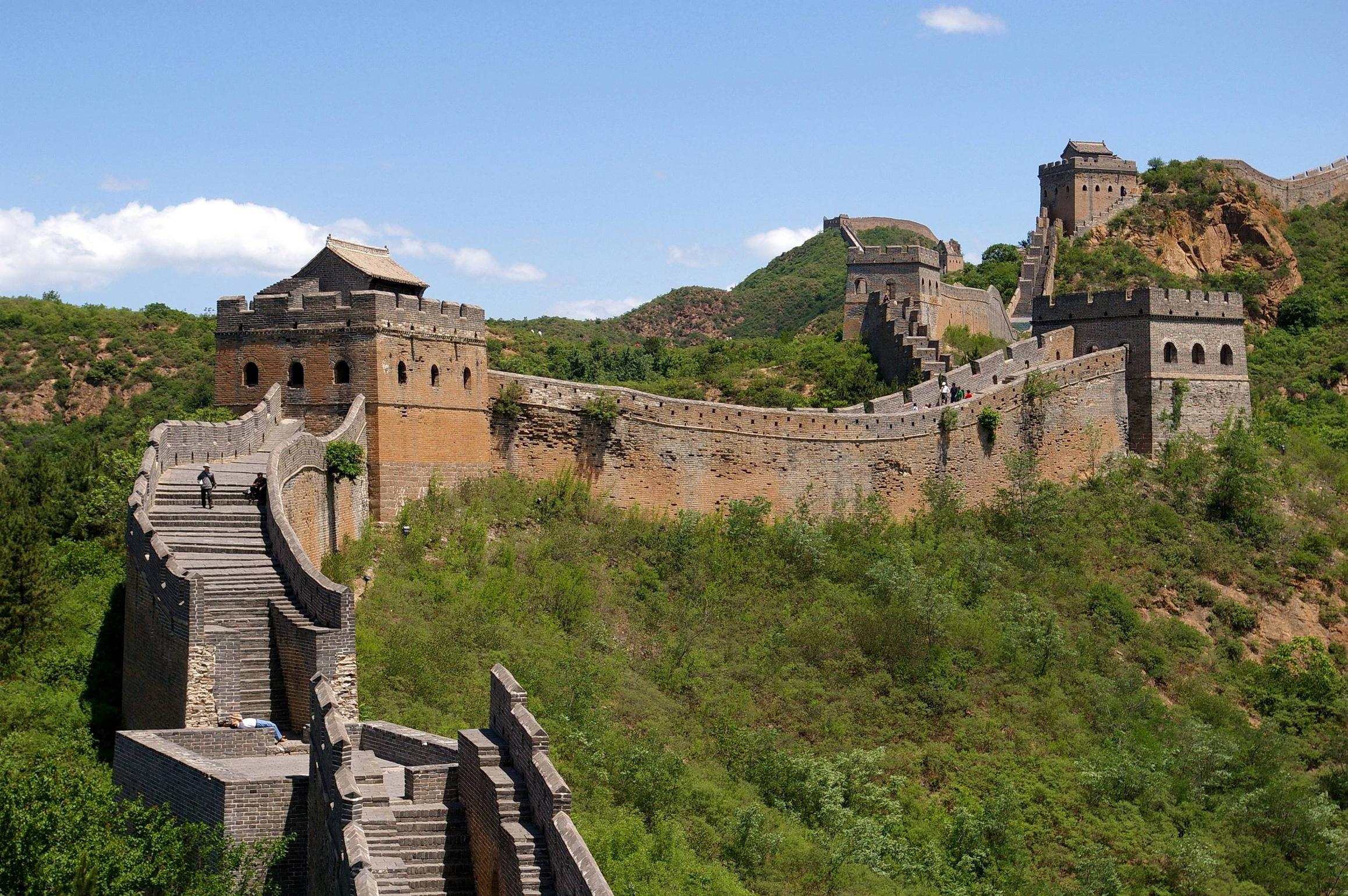 Note: During times of siege, livestock were often sheltered within the castle grounds, and slaughtered as needed for food. This was not exactly a sustainable source of food, however, nor could it feed an entire garrison for any length of time.

As you increase the size of your fortified enclosure to contain more land for cultivation, you obviously increase the length of the walls. The longer the walls are, the more people you require to defend them successfully. At the same time, those people actively defending the walls (in a siege) cannot be working the fields and tending the crops. You also have the problem of finding a reliable water source to sustain that number of people, animals and crops.

In addition, the ideal environmental circumstances for a fortress (such as being on high ground or being directly on bedrock to deter undermining) are not usually ideal conditions for agriculture. So crop yields within a fortress are probably going to be less than optimum.

As a consequence, you're always going to have too little land under cultivation to sustain the number of people required to defend that land and work the farms.

I agree with most of what you say, except one thing: unless they do so surreptitiously you can move defenders quicker across the "diameter" than the attackers can around the "circumference". It's what they mean by having interior lines.

They did not enclose corn fields and cattle pastures inside the walls of a castle. Such walls would be too long and need too many people to defend. Most of the food during a siege came from supplies. But supplies (of grain and other products like this) can be stored for very long time (for years). Many castles had wells. Some could have vegetable gardens. But about pasture for cattle or fields to grow grain inside the walls I have never heard.

Not the answer you're looking for? Browse other questions tagged military middle-ages europe siege castles or ask your own question.

12
Were there any battles in Continental Europe that were decided by "peasants with pitchforks?"
15
Which were the last castles to be besieged and fall in the United Kingdom?
13
What, if any, celebrations or commemorations were done in 1000 AD?
20
Were there ever any libraries in medieval villages?
32
Were there any high-ranking female soldiers during the Middle ages?
5
What's the point of fortified castles inside fortified cities?
34
How were medieval castles built in swamps or marshes without draining them?
23
How expensive were castles? And how were the costs distributed?