Why does the rooster symbolise France? [closed]

The Gallic Rooster is widely used as a symbol of France. However, there are a number of conflicting sources on how it originated.

The French embassy in the USA states that the rooster originated from a wordplay for "Gaul" and "rooster" in Latin:

However, the source cited by Wikipedia (in French) further expands on this claim:

... association with France dates back from the Middle Age and is due to the play on words in Latin between Gallus, meaning an inhabitant of Gaul, and gallus, meaning rooster, or cockerel. Its use, by the enemies of France, dates to this period, originally a pun to make fun of the French, the association between the rooster and the Gauls/French was developed by the kings of France for the strong Christian symbol that the rooster represents : prior to being arrested, Jesus predicted that Peter would deny him three times before the rooster crowed on the following morning. At the rooster's crowing, Peter remembered Jesus's words.

The French governmental website doesn't state a definitive origin for the symbol, but notes the wordplay and states that the rooster was used as a religious symbol, as well as a symbol of opposition to Germany's eagle:

In the Middle Ages, the Gallic Rooster was widely used as a religious symbol, the sign of hope and faith. It was during the Renaissance that the rooster began to be associated with the emerging French nation. ...

During the First World War, rising patriotic feeling made the Gallic rooster the symbol of France’s resistance and bravery in the face of the Prussian eagle. Use of this Manichean representation, in particular by political cartoonists, gained ground, and the rooster became the symbol of a France sprung from peasant origins, proud, opinionated, courageous and prolific.

A Reddit comment (which started off this search) claims the symbol originated because the rooster is seen as gallant:

In France, the Rooster is seen as a symbol of gallantry. This is because, (supposedly,) if the Rooster finds a food source he will call his hens over to eat before having any himself.

Are there any reliable sources on the true origin of the rooster as a French national symbol? 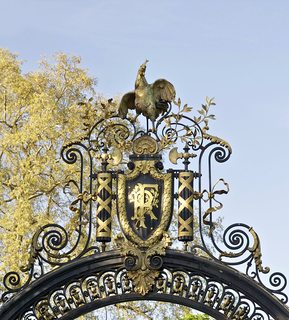 Browse other questions tagged france national-symbols or ask your own question.

35
Why wasn't Monaco unified with France?
4
Why does the UK buy some of its major military hardware from the USA while France is self-reliant?
41
Why aren't there major cities on the Atlantic coast of France?
5
Why didn't the English overrun France when the king was their captive?
1
Why did the Capetian kings of France come into conflict with the Roman church?
9
Why was immigration from France to the United States lower than from some other countries?
9
Why does some Califate money feature crosses?
3
Who were the police of Vichy France?