Why are the signatures on the United States Declaration of Independence structured as they are?

When looking at the United States Declaration of Independence its easy to notice that John Hancock's signature is more prominent than the others: 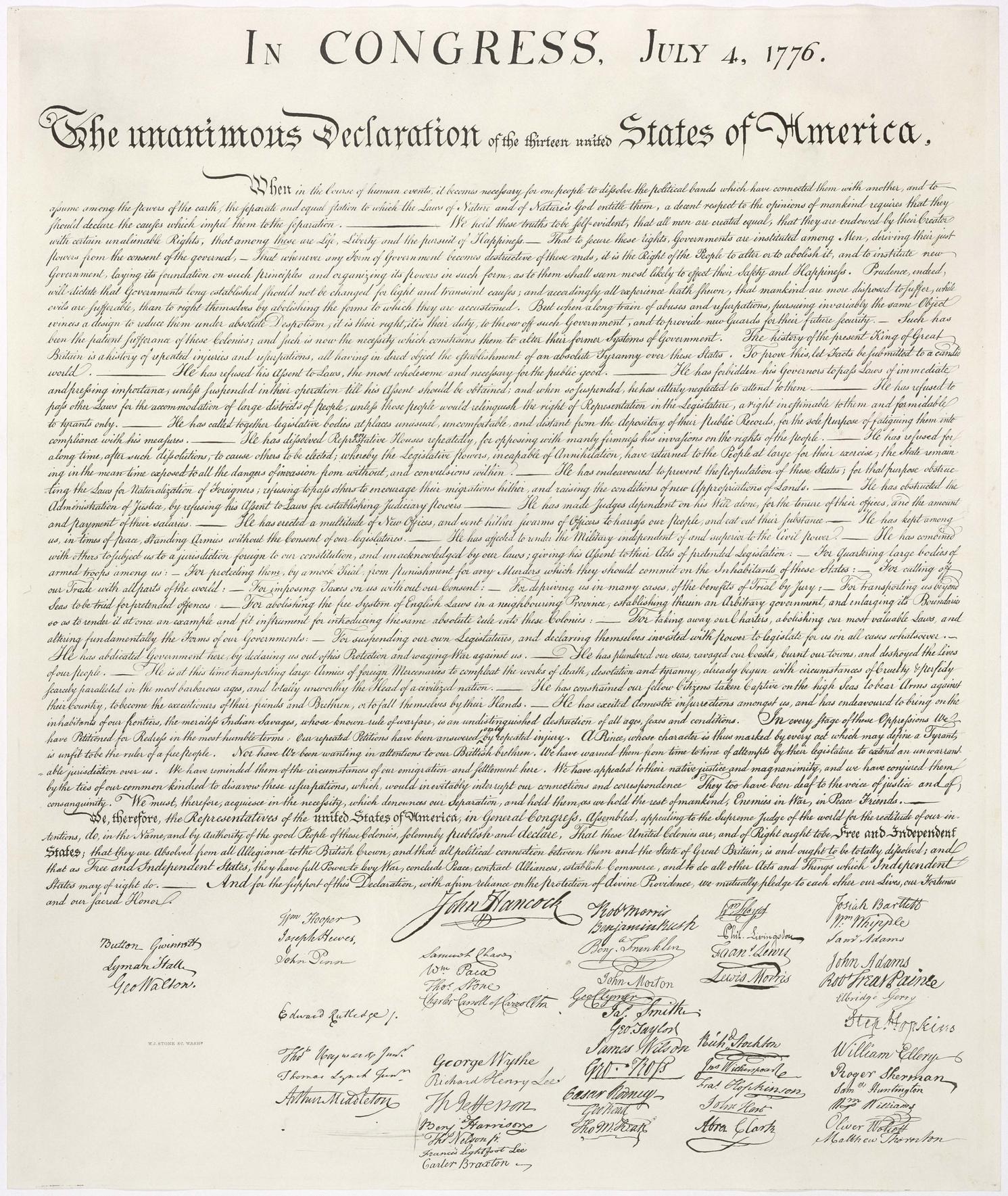 From my readings I know John Hancock did sign one of the published copies later, and being the first his was more prominent - and this size difference may be due to the fact it was printed rather than signed. Some of the other signatures seem grouped such that they might have been signed at different times as well, how were the signatures added to the Declaration and was the printing process involved in their differences and groupings?

"Because of a lack of space, Thornton was unable to sign next to the other New Hampshire delegates; he instead placed his signature at the end of the document, on the lower right." -Wikipedia

The blocks are also categorized. Start at the leftmost column and go to the rightmost column. Begin with the bottom of each list: Georgia, South Carolina, North Carolina, Virginia, Maryland, Delaware, Pennsylvania, New Jersey, New York, Connecticut, Rhode Island, Massachusetts, and New Hampshire (we skip Matthew Thornton's Signature here). This is roughly the order of the colonies, going South to North along the Atlantic Coast.

So, to sum it up, for the most part, the signers signed with the rest of the signers from their respective state.

Not the answer you're looking for? Browse other questions tagged united-states 18th-century american-revolution or ask your own question.