Are these Red Army uniforms authentic?

This image attributes all three uniforms to the Red Army of 1918-1922. I wonder whether the proposed time frame and/or details authentic. For me the first one looks like it was taken from the 1940s and the other two look like they were taken from 19th century. 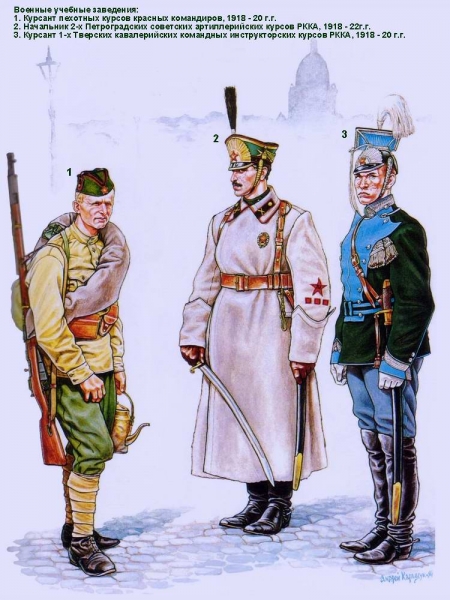 Yes, these are authentic cadette uniforms. But note that 1 is "standard", while 2 and 3 are "parade" variants.

No 1. is a kind of standard infantry uniform which had a little changes from WW1 to WW2. The most controversial part is, probably, a side cap, as you see it usually only in WW2 chronicles. It was adopted as a part of Red Army infantry uniform only in 1935. Yet especially for the cadettes, the side caps were approved much earlier. 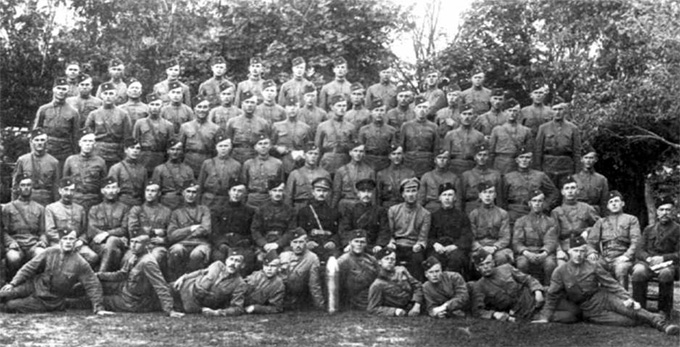 "The Red Сadettes-artillerists of First Cavalry Army, 1920"
From Alexander Deryabin "The Civil War in Russia, 1917-1922. The Red Army"

Another points to watch in the first picture are Mosin-Nagant rifle which dates back to 1891 (but was still in use in WW2), and скатка (i.e. rolled overcoat). Both show that this soldier, for sure, is an infantryman. Unfortunately, that also means that we can't see what his overcoat looks like.

No 2. is a parade uniform of artillerists. Look at the shako, it was a part of dress uniform only. Except the red stars, it was borrowed from Tsarist army too. The inscription mentions "The chief of 2nd Petrograd Soviet artillery courses 1918-1922", although this name was in use only in 1920-1921. This is the same as Mikhailovskaya Military Artillery Academy which was founded in 1701 by Peter I and exists until nowadays. Here is a picture of its cadettes parading in 1918 (btw. it makes obvious why the artillerists had sabers and spurs ;-)): 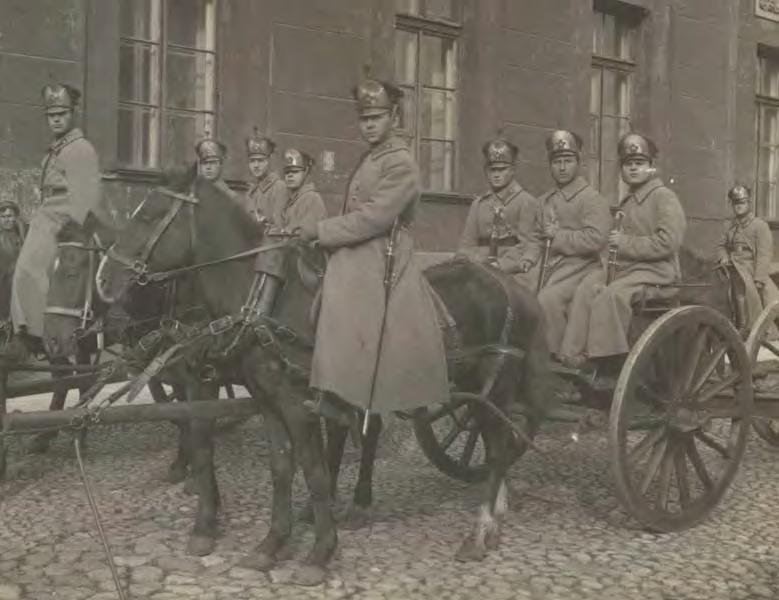 "The cadettes on parade, 1918" From Alumni club of Kolomenskoye (Mikhaylovskoye) Artillery School

The chief of the Academy in 1919-1923 was General S.G. Petrovich. The insignia on the sleeve - three red squares - shows the rank of Комбат (i.e. Batallion Commander, close to Major or Lieutenant Colonel), since at that time there were no "standard" officer ranks in the RKKA (and even the word officer was replaced by commander). But I'm not sure, if former tsarist army General Petrovich actually had the rank of Комбат in RKKA around 1920.

No 3. is a parade cavalry uniform (actually, Uhlan dress uniform). The inscription mentions "1st Tver commander courses". These courses were based on Tver cavalry junker school, and the uniform remained the same. Here is a photo dated 1914 from Wiki: 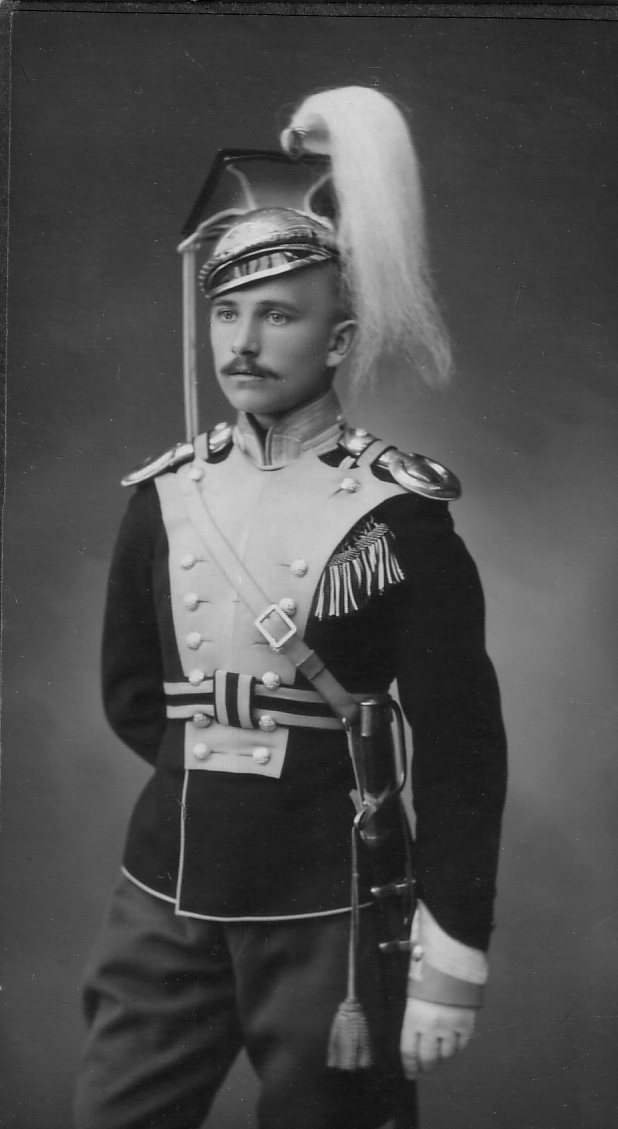 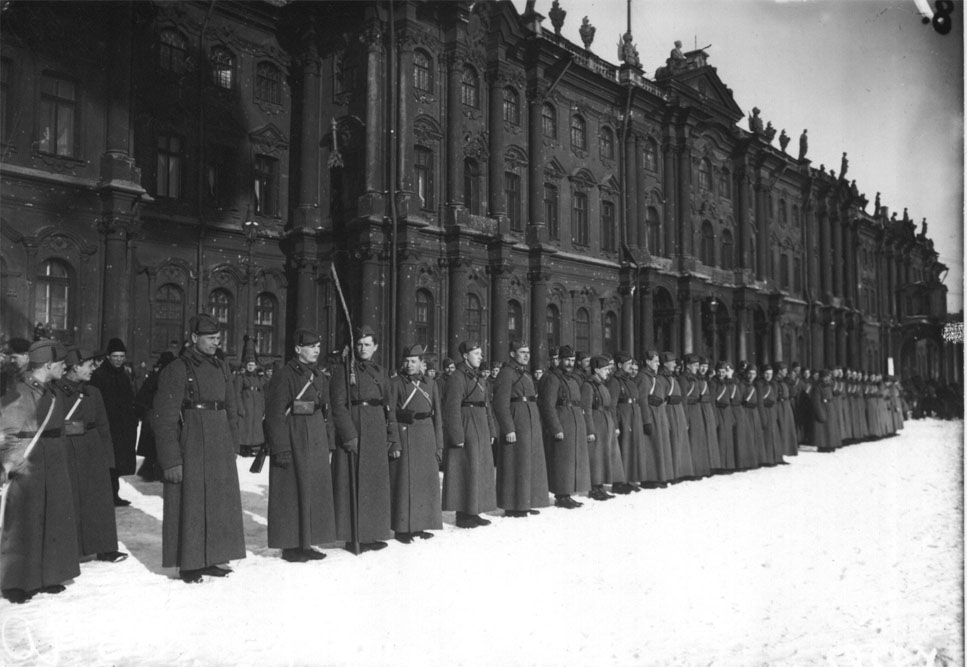 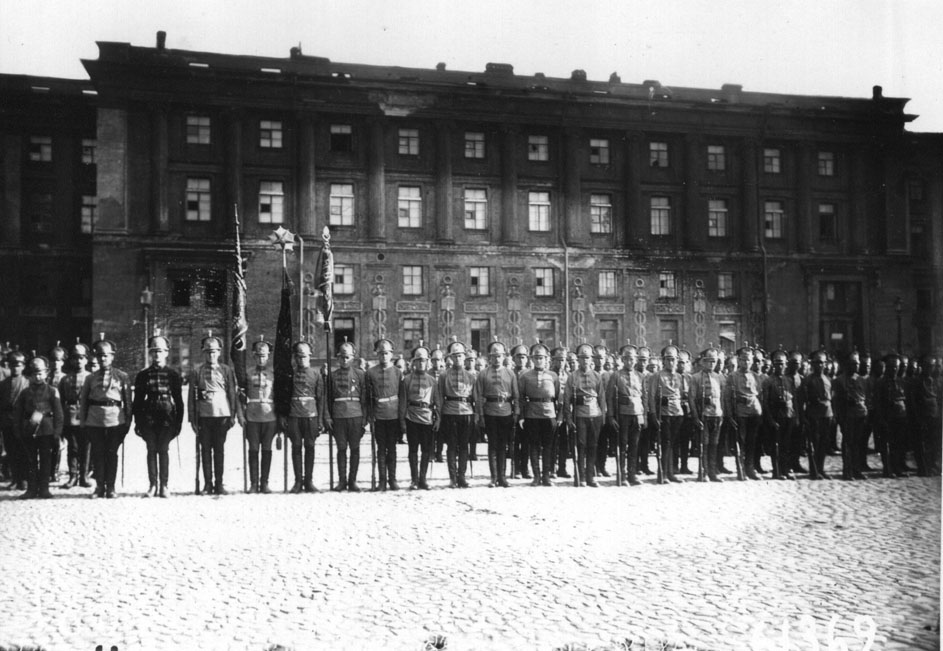 You can see the five-pointed star. 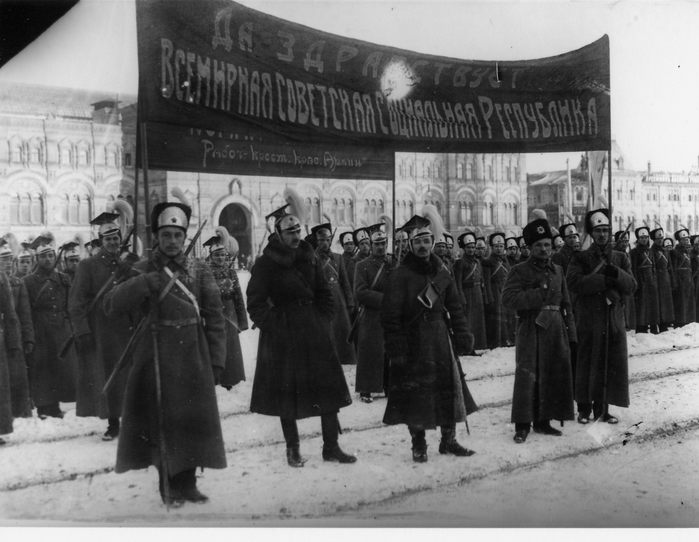 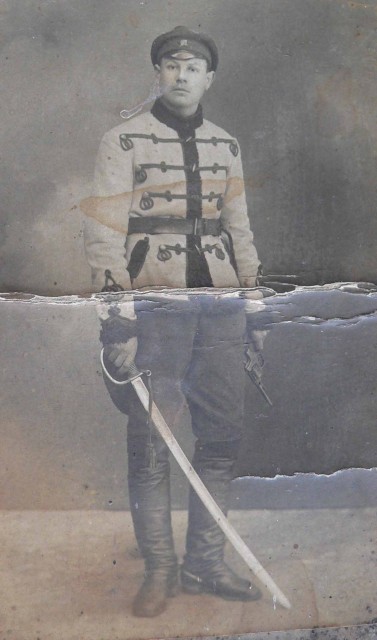 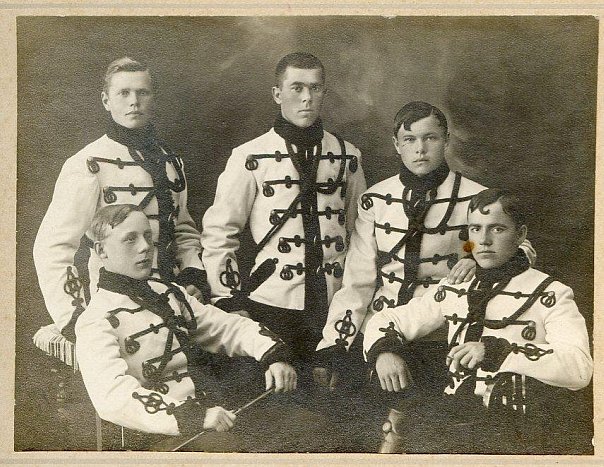 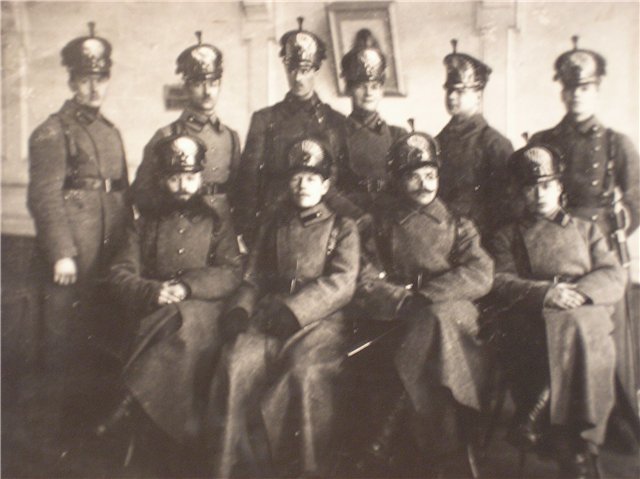 Not the answer you're looking for? Browse other questions tagged military russia uniform or ask your own question.

9
Can you identify these images from Revolution-era Russia?
1
Are these uniforms credible for American sailors just after WW2?
5
What was the role of Konstantin Rokossovsky during WW1?
9
Was 18th century Prussia really so militarily obsessed?
11
Why did post-Roman rulers abandon tax-paid army?
7
Can anyone confirm the identity of these WWI uniforms?