Why did the United States enter World War I?

The topic of World War I came up last night with a few strangers, at a bar, of course. One seemingly knowledgeable gentleman, who happened to have Howard Zinn's A Peoples' History of the United States in his bag, suggested that America entered World War I solely because England owed JP Morgan a large sum of money. By sending troops to Europe, America was, in effect, protecting its investment. I suggested there was more to it than just that: isolationist guilt, perhaps.

I think the book For the Common Defense: A Military History of the United States of America said it best on page 346 "The American role in World War I derived its character less from strategic thinking than from the geopolitical notion that the future well-being of the United States depended upon the balance of power in Europe and the outcome of the war."

The book talks about how once the war got underway in 1914 after a short period of non-involvement the war quickly became "the biggest profit-making enterprise in the history of American exporting" for American enterprises. This included farmers, and bankers. In fact the Allies borrowed $2.5 billion from the Americans, whereas the Germans only borrowed $45 million. I'm sure JP Morgan was a part of those loans in some way. The book American Foreign Relations: A History, Vol. 2: Since 1895 tells much the same story as For the Common Defense. As American Foreign Relations put it on page 76 "[n]eutral or not the United States had become the arsenal of the Allied war effort."

The US had a very strong economic self-interest in the Allies winning the war. Then of course there was the public outrage over the ever-increasing amount of German U-boat attacks, as most publicized in the Lusitania incident. Of course the Germans didn't have much of a choice knowing full well that much of the American shipping they were sinking was probably carrying supplies to the Allies. There was also the Zimmerman telegram incident, but at that point the die had already been cast.

Additionally, prior to World War I the US was in the process of becoming a world power and flexing its economic and military muscle. It had acquired colonies (Puerto Rico, Cuba, American Samoa, Guam, Philippines) and bested the former Spanish Empire in the Spanish-American War, which resulted in the acquisition of all but American Samoa. The country was probably in the right psychological mindset to engage in the Great War.

Economic self-interest was the key factor in the US entering WWI. That self-interest was paired with the actions of Germany (U-boats, and Zimmerman telegram), a growing sense of world-powerness (fueled by colonial growth and economic strength), and a dislike for autocratic systems of government.

The sinking of the Lusitania, with the loss of 128 American lives caused a lot of ill-will in the United States. And the resulting "unrestricted submarine" warfare was a threat to American notions of free trade going back at least to the War of 1812.

But the "last straw" was the Zimmermann Telegram, sent to "Mexico" proposing a "stab in the back."

Was the Zimmerman Telegram a ruse on the US or a way of Germany to incite Mexico to declare war on the US?

Mexico was in the throes of a civil war, and really had no central government. The Germans believed otherwise because one of the four major factions (under Pancho Villa) "invaded" the U.S. while fleeing from the others.

The U.S. would be threatened by a world in which Germany occupied Belgium and northern France (leaving a "rump" state in the south, as in World War II), probably northern Italy, and dominated the Balkans, Scandinavia, the Middle East, and the Baltic and East European countries near the Russian border, probably after uniting with Austria-Hungary (who had lost the heir to the throne when Archduke Franz Ferdinand was assassinated).

To have such a country allied with Mexico (or Brazil or Argentina) was too much, and a clear violation of the Monroe Doctrine.

In fact the Allies borrowed $2.5 billion from the Americans, whereas the Germans only borrowed $45 million.

"World War" I was largely a war between France and Germany. The problem was, that France couldn't really afford the war with Germany (remember, they lost the war in 1870), so they heavily borrowed from the US, as did Britain. Meanwhile, Germany had a highly industrialized economy and could afford to pay most of the war's cost out of their own pockets.

Germany was fighting a war on 2 fronts. By 1917, a large numbers of war casualties and persistent food shortages in the major urban centers of Russia brought the February Revolution in Russia, which forced Tsar Nicholas II to abdicate. The position of the Provisional Government led the Germans to offer support to the Russian opposition, the Communist Party (Bolsheviks) in particular, who were proponents of Russia's withdrawal from the war. In April 1917, Germany allowed Bolshevik leader Vladimir Lenin to return to Russia, and financially supported him. In return, Lenin pretty much immediate announced the withdrawal of Russia from the war.

Now, think about it:
Meanwhile, the war in the west was more or less at a stalemate, with France & Britain combined barely holding the lines. 4.5 million allied soldiers vs. 5 million German soldiers at the western front.

Then comes the peace Treaty of Brest-Litovsk (actually signed later), which ends Russia's participation in World War I. Soon after, more than 2 million German soldiers moving from the eastern front to the western front.

What do you think would have happened ?
Barely stalemate in the west, and now here there come 2 million German soldiers in reinforcements...
Quite frankly that meant France & Britain were screwed, the war was lost for the allies, and the USA could write-off all the money they lended (at least to France). To give you an idea of the epic proportions, during World War 1, the US debt level rose from virtually nothing to about 33% of GDP.

Previously, in 1915, the US had decided to send the Lusitania (at that time an armed Merchant Cruiser, not a passenger ship) to Europe, on board ~173 metric tons of weapons for Britain (and troops?). Newspapers advertisements by the German embassy in the US in the New York Times warned everybody not to board the ship, as it was liable to destruction. When the ship reached Ireland, destroyers escorting the ship were are ordered to leave (with the express intent of leaving it vulnerable), which made the ship an easy and very inviting target for German U-Boats. As the ship came under attack (inside the declared "zone of war"), and called for help, the destroyers were ordered to stand-by and do nothing. This had turned public opinion in the US against Germany, since the presence of the weapons were conveniently omitted at the time. Due to the "political" pressure this created (a possible US entry into the war), Germany stopped the unrestricted U-Boat war against Britain.

So, with the German government seeing the end of the war in the east coming, on January 31st 1917, Germany resumed the unrestricted U-Boat war (in the war-zone). Three days later, the United States broke diplomatic relations with Germany, and just hours after that, the American ship Housatonic was sunk by a German U-Boat.

Consequently, on the 22nd of February, the US congressed pushed a USD 250 million arms bill, with the intent to ready the United States for war. 4 more US "merchant" ships were subsequently sunk by German U-Boats in March.

Then, on April 2nd, US President Woodrow Wilson appeared before Congress and called for a declaration of war against Germany. On the 4th of April the war-declaration passed through the senate, and two days later, it was endorsed by the House of Representatives. With that, America entered World War I.

A year later, Germany was "defeated" (acknowledged the futility of continuing) by the "allies", and the "peace treaty" of Versailles, which actually was an armistice for about 20-25 years, was signed. The fact that it wasn't a peace treaty also explains why the blockade and torpedoing of German commercial vessels continued well after the armistice was signed.

In the treaty of Versailles, Germany was declared the "sole culprit" of the war, and had to pay the equivalent of 960'000'000 kg gold in "reparations", which at today's gold price means about 33.6 trillon US dollars. Later, as the US couldn't pay its debts, because France and Britain couldn't pay them back because Germany couldn't pay the insane reparation payments, the US loaned money to Germany (at 7% interest), to pay back France and Britain, which payed back the US; loans on Hitler later defaulted on the payments. Post-1945, the Federal republic of Germany had to agree to pay those loans back. 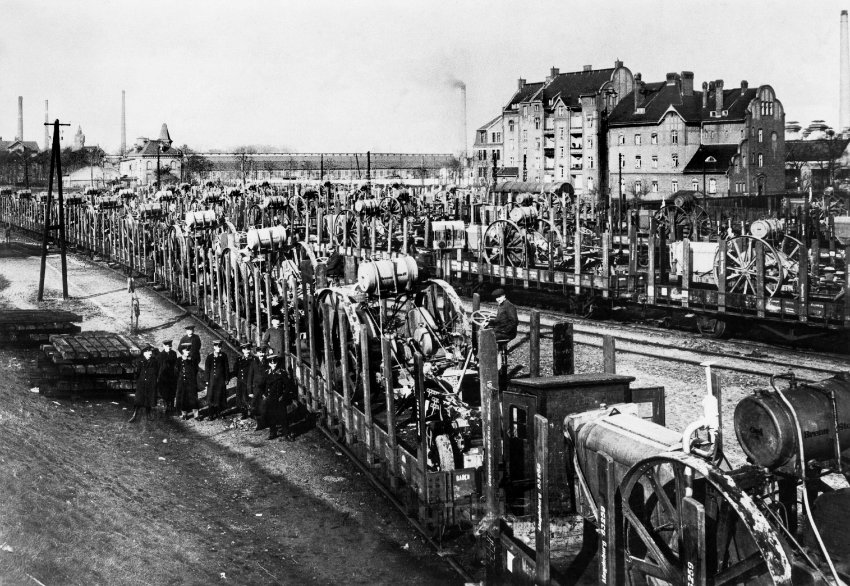 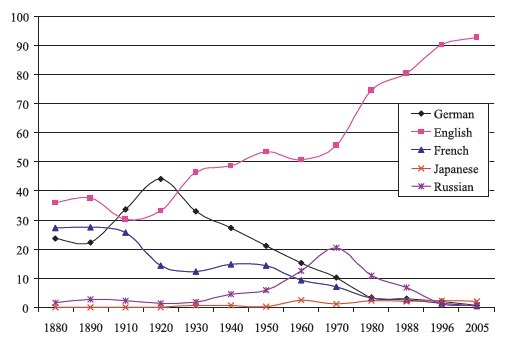 The general reasons have been covered here - years of sinking of merchant vessels, the Lusitania, and the Zimmerman affair.

Some other factors were the lack of good "PR" from the German side - many of their acts, such as the occupation of Belgium and their treating of civilians, use of chemical attacks, etc - didn't help America's public opinion of them, and were spun into propaganda tools to great effect. Indeed, Wilson strived to keep the US out of the war after the sinking of the Lusitania, and succeeded for a while.

FWIW I think the Germans would have lost the war regardless of if the USA had entered. They had far too many problems with British blockades, ineffectual allies (Austria-Hungary), and social disarray on the home front.

One was the Lusitania which was sunk by u20 by a torpedo.

Not the answer you're looking for? Browse other questions tagged united-states germany world-war-one imperial-germany or ask your own question.

17
Was the Zimmerman Telegram a ruse on the US or a way of Germany to incite Mexico to declare war on the US?
19
What were the key factors to the fall of domestic socialism in the USA?