When was the weekend changed in Jordan?

I have been researching this (online) for a while with no success. I know for sure that the weekend in Jordan was changed from Thursday/Friday to Friday/Saturday. But I was not able to find any reference on when this change was made. There is one website that seems to indicate that the change occurred in early 2000, but not clearly.

The question is: are there any references at all that indicates when this change took place?

Jordan said Saturday it will change the weekend for government offices to Fridays and Saturdays instead of Thursdays and Fridays, putting it more in step with world business.

It was not immediately clear if the government decision also applied to schools and universities.

The government had on Oct. 7 switched from a Friday-only weekend to Thursday-Friday. Friday is the Muslim Sabbath.

Economists had argued that that complicated commercial activity, because banks and the diplomatic corps had already taken Saturday as a holiday.

Businessmen said the Thursday-Friday weekend isolated the country from the Western world, where the weekend is normally Saturday and Sunday.

The other day weekend in Jordan is Friday, the Muslim day of prayer. 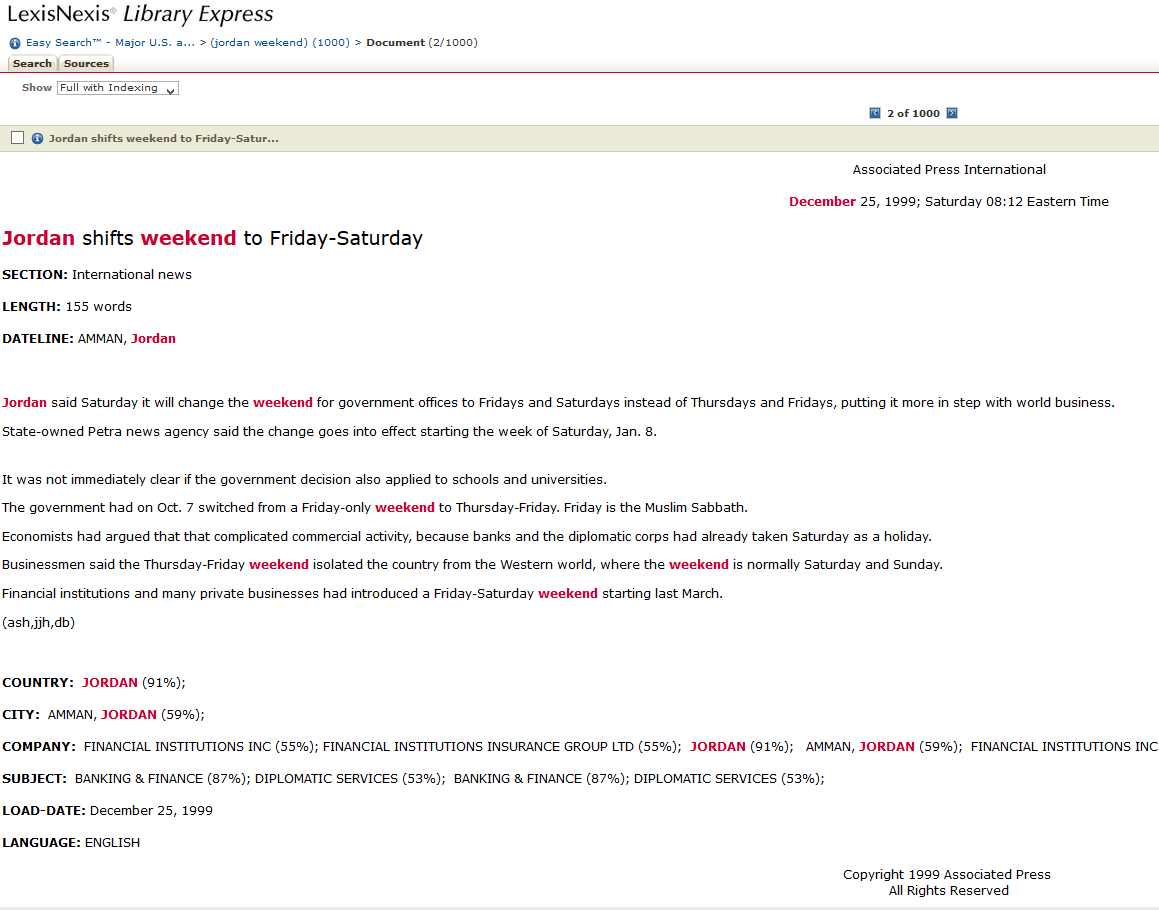 Not the answer you're looking for? Browse other questions tagged middle-east or ask your own question.

65
What knowledge may have been lost at the Library of Alexandria?
11
When and why was Seleucia ultimately abandoned?
12
Why does the map of Jordan look as it does?
2
Josephus' writings about Kafr Yasif
4
How did Urdun come to be called Jordan?
11
What historical evidence do we have for the existence of Mohammed?
3
Are there examples in ancient history of honor killing?
8
From Twitter: When did Islamic literacy fall behind?
35
What was the function of the walls of Jericho?