Which historical figure is attributed with the most death of his people? [closed]

Also, it would seem from a commenter that China had an even larger death toll. Is that the largest, and is it attributable to one man, or very few people? 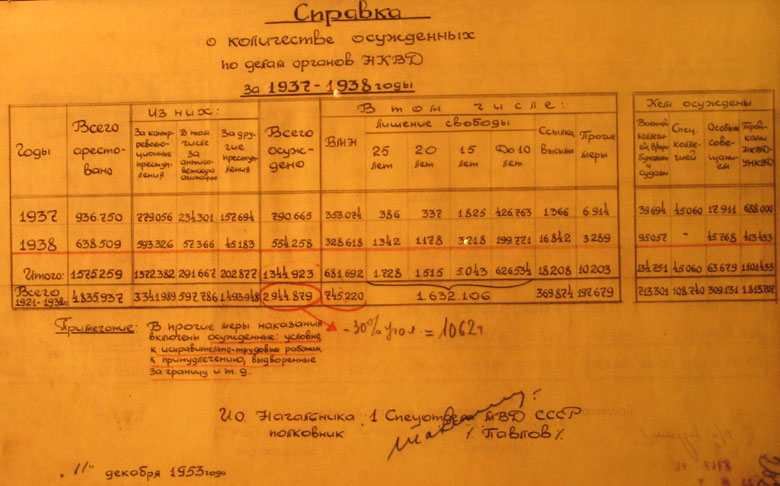 Here is the report by Ministry of Internal Affairs made in December 1953 for the period 1921-1938. The ВМН column means executions.

Everything else can be attributed to Stalin only indirectly.

A notable piece of propaganda is the book "Europe. A History." by Norman Davies (1996). Here is the page where he gives the estimates of "the number of people killed in Soviet Russia and the Soviet Union 1917-1953 (excluding the losses 1939-1945)". He claims the estimates are after R. Medvedev and R.Conquest, the both sources from mid-1960s when Soviet archves were not yet available. Nevertheless, Davies arrives at the number more than twice that of Modvedev or Conquest each. 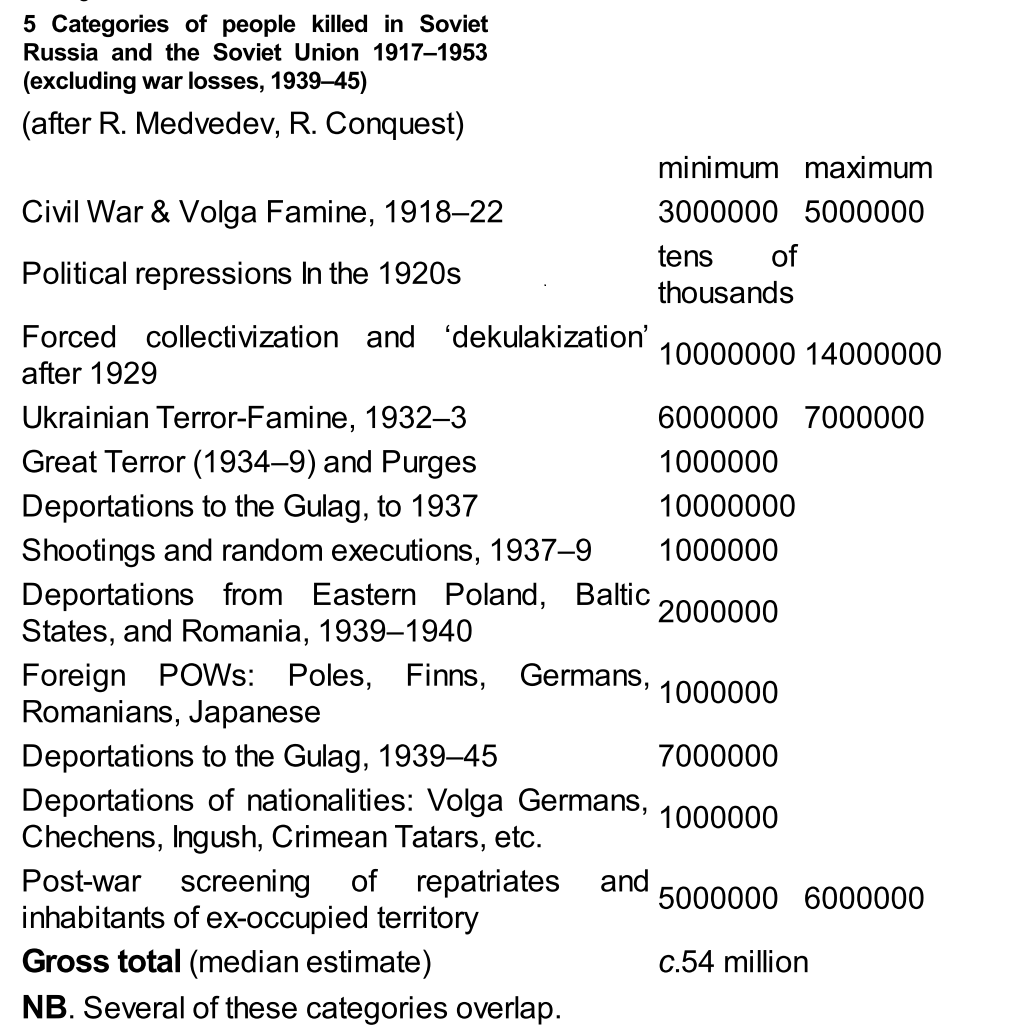 To see how ridiculous these numbers of "killed" are, lets consider the "deportations to Gulag".

According the report to Khrushchev of 01.02.1954 (you can see the full text at the site of N.Yakolev's foundation, a very anti-Stalinist and anti-Soviet institution). 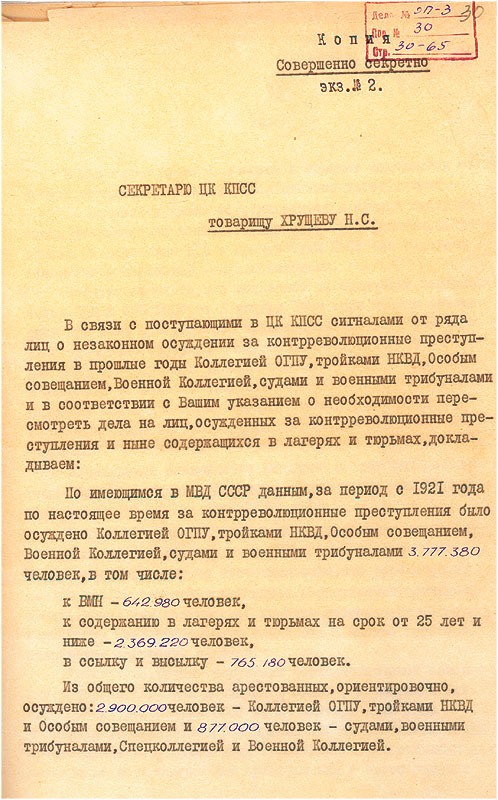 the total number of the convicted 1921-1954 was approximately 3 777 000. Of which 765 180 convicted for counter-revolutionary crimes were sentenced to excile or deportation abroad. Also (according the prevuous report) at least 745 000 were executed. This leaves 2 660 000 sentenced to imprisonment (of which only a part were sent to Gulag). Well according to Davis, during the deportation to Gulag were killed 17 million. Apparently some people were killed up to 10 times!

Moreover, the average death rate in Gulag is also well known from the archive data: 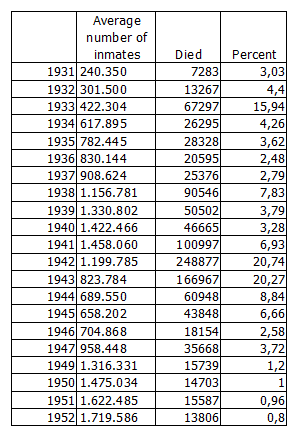 Note also that many who died during the war died not due to maltreatment but because they volunteered to the front (that would reduce the term of their sentence).

Not the answer you're looking for? Browse other questions tagged hitler stalin genocide or ask your own question.

6
What is / are the specific reason(s) for Vyacheslav Molotov's fall from grace with Joseph Stalin?
4
Does any evidence exist that suggests Hitler’s primary reason for declaring war on America was an attempt to draw Japan into his war with Russia?
13
Did Hitler really keep the blueprints of the current Nebraska state Capitol building in the drawer of his desk?
8
Why were areas in Schleswig with a German majority after the Treaty of Versailles not claimed by Hitler
14
Who are the people walking with Hitler?
17
How did Hitler imagine his succession? (for the case nazis would win the war)
3
After the split with Stalin, what was Yugoslavia's official attitude towards Soviet history before Stalin's takeover?