Why has Hatutu's population never returned to the island?

Any info on this topic is scarce and hard to find.

Hatutu is an island in French Polynesia, part of the Marquesas Islands group. The population was evacuated (I believe) prior to the underwater nuclear tests the French conducted in that region. Today the only way to get there, apparently, is by joining a group of tourists on a diving excursion.

Most likely because there isn't any. Apparently, Hatutu was never settled in the first place. As @Fred pointed out, there appears to be no good reason to evacuate Hatutu, and my google search attempts failed to turn up any reference to any population at Hatutu except this exact thread.

In fact, Hatutu was already uninhabited at least by the time of European contact. Early European explorers noted that there was no sign of humans on Hatutu except for temporary expeditions by islanders from elsewhere.

[Eienne Marchand] made no mention of sighting any evidence of human inhabitants on either Etiao or Hatutu. However, in 1798 Edmund Fanning reported seeing a number of "smokes" on the latter island ... probably fires of temporary occupants, since Proter noted in 1813 that both Hatutu and its near neighbor, Eiao, were visited annually to collect the tail feathers of tropic birds.

As you've noted in the comments, the archipelago was considerably more populated at the time. Nevertheless, none of them settled on Hatutu beyond seasonal trips.

The reality is that Hatutu has very little going for it in terms of human settlement: it a tiny island with no dependable source of fresh water.

[T]he small island of Hatutu (three miles long by less than one wide) [is] separated from Eiao by a channel three miles wide. Because no readily accessible water exists on this island, no animals have been introduced, and almost no economic plants are to be found.

Due to their location, the Marquesas Islands in general are uncharacteristically dry for tropical Polynesia. It is no coincidence that all inhabited islands in the archipelago has elevations over 1,000 metres. At these heights, precipitation could be captured relatively reliably by the island's topology.

The elevation of Hatutu is only 404 metres, in contrast. Unsurprisingly the island looks rather brown and almost barren, paradisaical rumours notwithstanding. See for example this photo of Hatutu's coast hosted on Google Maps, and also: 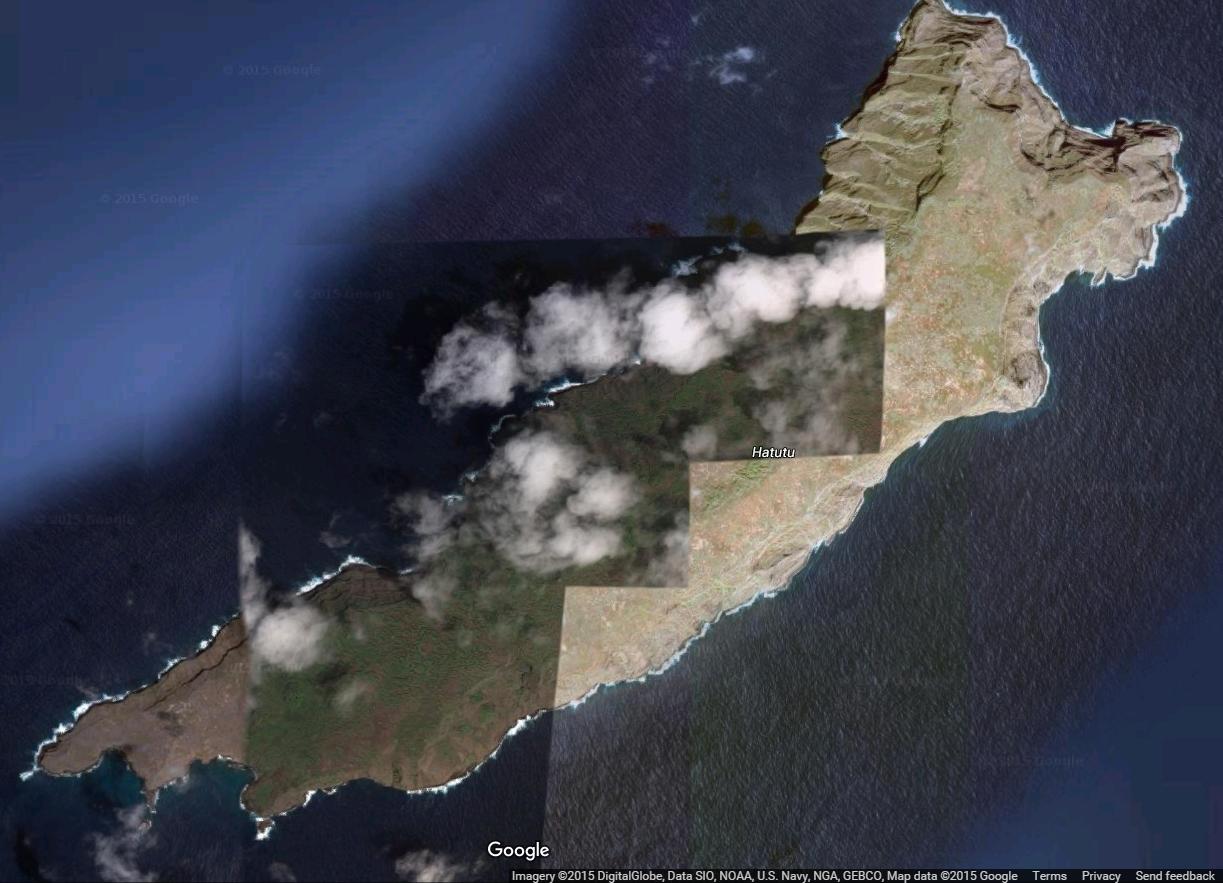 Given the above, the most reasonable conclusion is that Hatutu was never inhabited to begin with. There was no population to evacuate and accordingly no one to return.

Being the primary nesting site of a number of endangered species, such as, the Hatutu Marquesan warbler (Acrocephalus mendanae postremus) and the Marquesas ground dove (Gallicolumba rubescens), Hatutu was declared a nature reserve in 1992. It is also one of the most important nesting grounds for the blue-footed booby (Sula nebouxii).

Not the answer you're looking for? Browse other questions tagged france population-transfer or ask your own question.

14
What happened to Muslim spouses who converted to Christianity during the 1923 Graeco-Turkish population exchange?
6
Why was religion used as the basis of Turkey-Greece population exchange instead of language, ethnicity, etc.?
8
Why did the expelled Sudeten Germans and Danube Germans go to Germany, as opposed to Austria?
18
Why did the population of Descartes, France increase by so much in the 1960's?
10
How many German expellees returned to the Hungarian People's Republic?
5
During WW2, why did the USA occupy Clipperton Island?
3
Has the drought also revealed ancient structures in France as it did in Ireland?
1
Why did towns became ghost towns after the mines dried up?
11
Why were Muslims in Western Thrace and Christians in Constantinople excluded from the population exchange?