Was England considered a "colony" of France? 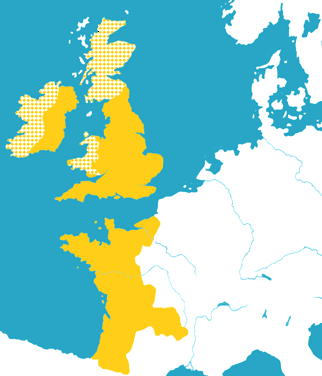 16
What was the reaction to English monarchs using the title "King of France"?
12
Did Roman Britannia leave any impacts on English?
9
Which Kings of France visited England?
4
Was simply addressing the English monarch wrongly ever a punishable crime?
16
Why did the negotiations between Henry V of England and France fail?
23
Why didn't pre-Norman English kings build stone town walls?
2
Did the Celts come to England from France and Belgium?
32
How much would 300 pounds (money value) weigh in Medieval England?