What were the main causal forces leading to rise of fascist movement and fascist government in Germany? [closed]

Ask Question
Asked 5 years, 3 months ago
Active 1 year, 3 months ago
Viewed 491 times
-2
Closed. This question is off-topic. It is not currently accepting answers.

The OP has a general impression that they might be

He is looking for systematic historical analyses of the phenomenon

Definitely not. Consider for instance, Austrian fascism. Austria is a country with totally similar culture and they got their fascist regime as well. Ironically it was hostile towards Nazi regime in Germany. 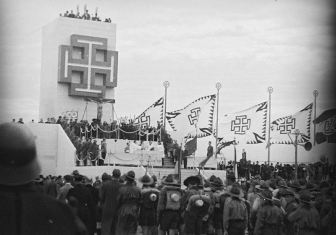 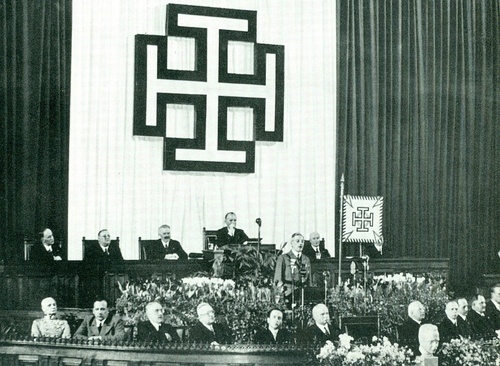 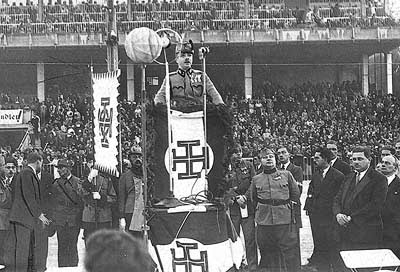 Fascism has different faces in different countries, although they have some common features. You guessed it right that modern Fascism has come out of a capitalist parliamentary system. It is a result of failure of the bourgeois government preceding the Fascist government to address some genuine problems of the masses. Fascists give lip service and address the mass that as soon as they come in power, they will work for solving those problems. Religious symbols, racial hatred are some crucial tools used by them to gain popularity of the majority. [Here's a detailed review on how Fascism arose in Germany. It's an article by Leon Trotsky.][1] [ Another article by Robin Blick on the development of German Fascism][2]

Not the answer you're looking for? Browse other questions tagged nazi-germany economy fascism or ask your own question.

10
Were the heavy war reparations on Germany after World War I the main cause of its hyperinflation in 1923?
14
Did the Socialist and the Fascist party share the electoral programme in Italy?
9
What currently existing IT companies collaborated with Nazi Germany or Fascist Italy?
2
What did the word “fascist” mean in an early 1930's novel set in Italy?
21
What goods did Germany trade during World War II, and with whom?
2
What was the trend of forced labor in Germany and its conquered territories during WWII?
4
In Germany 1935, what happened to the Jews in the armed forces?
8
Was there a contemporary understanding that 1706 was an exceptionally poor year?