Why did Japan take so long to attack Wuhan?

On December 13, 1937 Japan captured Nanjing; from there they could have continued up the Yangtze to attack Wuhan, then the second most populous Chinese city and de facto wartime capital. But ground action only began on June 11, 1938, almost 6 months later. Why did it take this long for Japan to begin the attack on this key strategic city?

If we look at a timeline of the battle and preceding actions, we see this:

So it's not as if they were completely uninterested in the city, conducting two air raids before finally marching on June 11. But in the intervening months, most action seemed to take place around Xuzhou, apparently to link up the Northern China Area Army with the Central China Expeditionary Army. Was this more important than attacking Wuhan as soon as possible, and why did this take so long?

Because they were delayed in Xuzhou, and before that in Shanghai.

At first, in July 1937, fighting was localised in North China, but for various reasons, hostilities erupted in Shanghai one month later, in August, escalating the situation to a full-scale war. That battle dragged on for 3 months, with Japan landing an entire field army in the city. Without the battle in Shanghai, these reinforcements could have went to North China, and the subsequent attack on Wuhan may have happened from the north.

But as it turned out, after Shanghai and Nanjing (which was a cakewalk in comparison), the strategic situation was this: 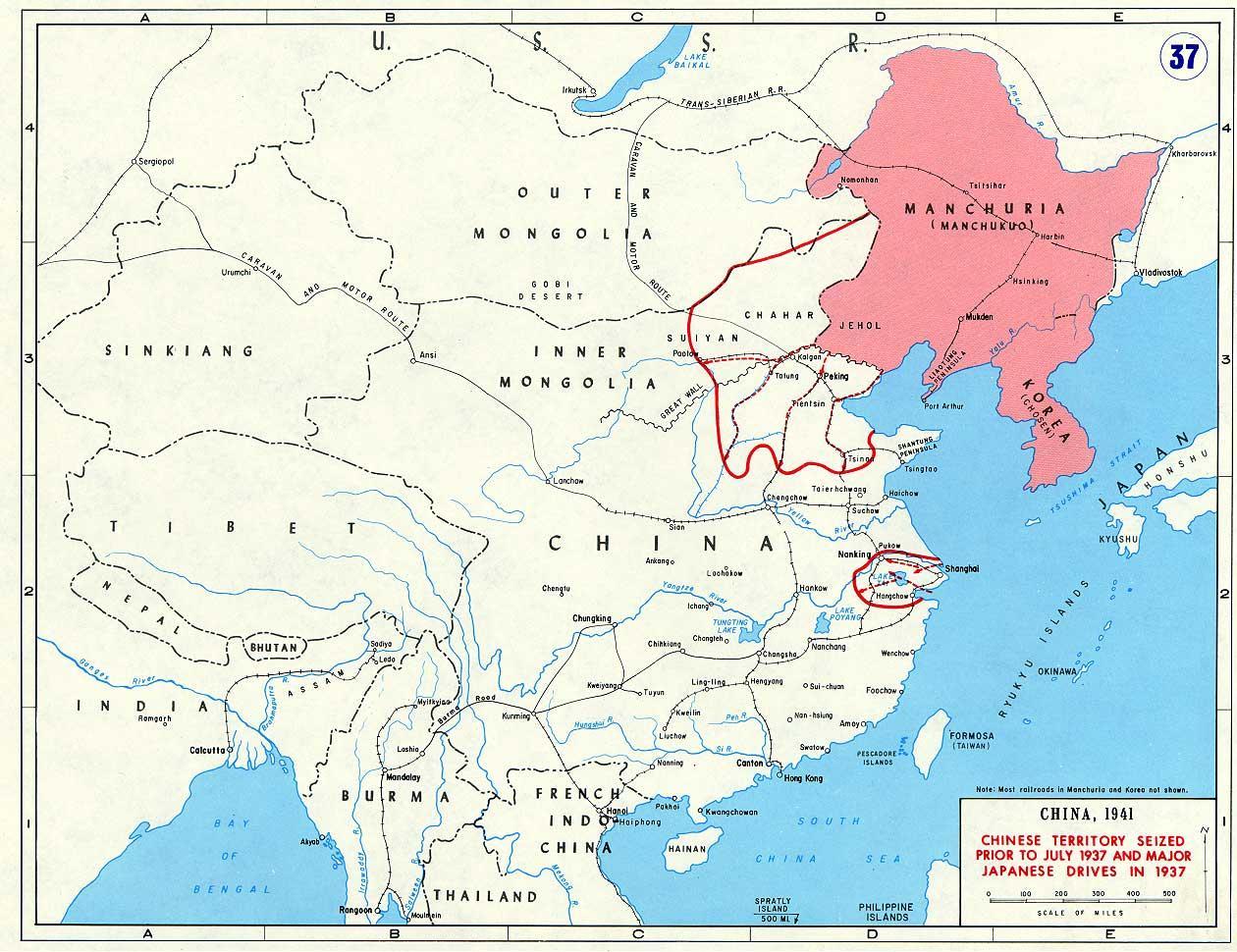 So the Japanese had their forces split between two fronts: North China, and around Nanjing (Nanking). Given its importance, Wuhan (Hankow on the map) was the next sensible strategic goal. The thinking was that if a spectacular victory was achieved here, by crushing the bulk of Chinese fighting power, Japan can effectively end the war in China. There are two main approaches to Wuhan: from the east up the Yangtze, or from the north along the Peking–Hankow Railway. The former was chosen, with a link-up in Xuzhou (Suchow) first, for a few reasons:

According to Wuhan, 1938: War, Refugees, and the Making of Modern China by Stephen R. MacKinnon, linking up at Xuzhou and attacking Wuhan together was the plan:

In January 1938 the Japanese plan was to connect large units from the North China Area Army (under Generals Itagaki Seishiro, Nishio Toshizo, and Isogai Rensuke) with the Eleventh Army (the Central China Expeditionary Force) under General Hata Shunroku, which was headquartered in Nanjing. Units of the North China Area Army began moving south along the JinPu railway from Jinan, and units under General Hata began moving north up the JinPu railway from Nanjing. Once united at Xuzhou, according to the plan, the two armies would launch a coordinated attack in a pincer movement from the north and east on central Yangzi valley strongholds, taking Jiujiang first and then Wuhan. Success by the end of March seemed assured—a success that seemed certain to break the back of United Front resistance under Chiang Kaishek.

On the Chinese side, the link-up was foreseen and a decision was made to reinforce Xuzhou and delay the Japanese:

At this point, the war council that Chiang convened at the end of January in Wuchang made an important decision: to go all out in committing troops to the defense of Xuzhou, the key strategic city at the junction of the Longhai and JinPu railroads. In retrospect, this decision was perhaps the most important one of the war, because the effectiveness of the Chinese resistance around Xuzhou tied down and embarrassed the Japanese, forcing them to rush reinforcements from Manchuria (under General Doihara Kenji) and Nanjing. Both these deployments seriously delayed previously planned campaigns to the west and north from Taiyuan and up the Yangzi from Nanjing. ...

Recognizing the strategic importance of holding on to Xuzhou, the Chinese military leadership began in January to prepare for its defense. From a core of eighty thousand troops, which Li Zongren commanded at headquarters at Xuzhou, the number swelled to about three hundred thousand, with the import of troops from scattered units positioned along the JinPu or Longhai railway lines. ... This tactic was effective. The battle for Xuzhou raged for five months, with both sides taking heavy casualties and claiming victories.

It's worth noting that, compared to modern Western armies, the Chinese and—to a lesser extent—Japanese had low mobility, with the Chinese armies almost completely reliant on forced marches. This magnified the importance of rail and the few junctions like Xuzhou.

Middle China between the Yangtze River and the Yellow River has a very wet, muddy physiography. At the time the roads between Nanking and Hankou (now called "Wuhan") were poor and water logged. Moving heavy equipment and motorized vehicles over such terrain is difficult. For this reason it made more sense to attack from the north, not the west. From the north there was better ground and a railway line to use for reinforcement.

Not the answer you're looking for? Browse other questions tagged 20th-century war japan china or ask your own question.

4
What was the nature of the Japanese presence in China in the later stages of World War II?
5
How important were "columnar" strategies in Japan's invasion of China?
4
Did any Western consulates remain open or re-open after WWII in the same buildings in which they had resided in Wuhan, Hebei, China?

5
How important were "columnar" strategies in Japan's invasion of China?
2
Was breaching the Yellow River dykes Chiang Kai-Shek's Mers-el-Kebir?
111
On 1941 Dec 7, could Japan have targeted the Panama Canal instead of Pearl Harbor in a surprise attack?
4
When did Wang Mingzhang die?
2
Was anyone blamed for Japan's defeat at Tai'erzhuang?
1
Did Japan ever attack Vladivostok in WW2? Why or why not?
1
Why didn't the Chinese attack Hungnam during the evacuation?
24
Why was the US so pro-China and so anti-Japan before WW2?