How did Vasco da Gama know about the Southern Cross?

It is said that the precession cycle of the Earth's axis takes about 26,000 years to complete. It is also said that the ancient Greeks could see Crux (aka the Southern Cross) from where they lived. It is a constellation resembling a cross: 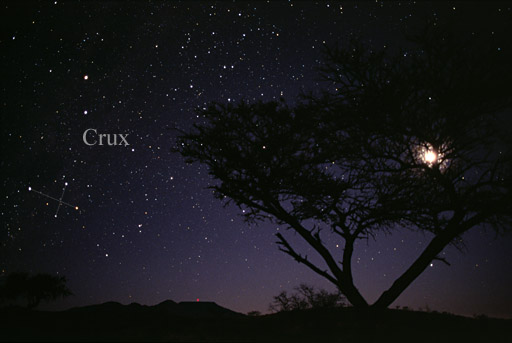 It is also believed that Vasco da Gama was the first European in a long time to see it as he traveled south along the African coast, but he somehow expected to see it. There were rumors and legends about it.

Wouldn't this mean that he, and the astronomers of his time, knew about precession (almost a century before the advent of Kepler's and Galileo's theories)?

In 1460, at the time of the death of Prince Henry, the Navigator, the Portuguese had mapped the western coast of Africa down to the 8 N parallel. The Southern Cross is well seen at this latitude. Really, all stars can be seen between the tropics, and the Northern Tropic was reached even earlier. In 1471, they crossed the Equator and began to be guided by Crux.

And Vasco da Gama's travel started in 1497. Of course, he expected and simply knew he would see the Southern Cross. Europeans had looked at it for more than 40 years already. He counted on it. He was well prepared to use it for navigation, as they already did. Only the Cross was higher in the sky for him, than for his predecessors, thus being in the more convenient position.

And even if he were the first European to see it, he would simply have heard about the Cross from Arab sailors. And buy navigation charts from them, that would say how to use the Southern Cross for the Southern Pole placement. (It is not so simple as with the Polar Star)

The two pieces of knowledge - about the existence of Cross and about the precession - are practically independent. Or worse than independent, because the precession means that in a thousand years the points of North/South will move noticeably. So, if da Gama had information about usability of Southern Cross in the far past, and used precession data, he would conclude that the Cross is NOT usable now.

And yes, Europeans knew about precession for minimally 13 centuries at that moment, for already Ptolemy used it to wrongly fake his catalogue on the base of Hipparchos catalogue. History of Star Catalogs, page 5

Not the answer you're looking for? Browse other questions tagged age-of-discovery astronomy navigation or ask your own question.

32
Why did people have so many children in Victorian times?

6
Why did it take so long for humanity to be able to cross the oceans?
9
Where did Vasco Núñez de Balboa first see the South Ocean?
60
Why did Columbus cross the mid-Atlantic instead of exploring from Greenland?
13
How did Bligh navigate during his open boat voyage after losing The Bounty?
2
When and where did the myth about solar eclipse affecting pregnant women start?
18
When did we know the color/appearance of all the planets in our solar system?
9
How close did a Manila galleon ever come to Hawaii?
2
When did James Cook's wife learn about his death?
8
Why did the Portuguese permit an Italian commercial agent to accompany Vasco da Gama on the 4th Portuguese India Armada?