Edit: I found some new information. The book Photography: A Cultural History by Mary Warner Marien has some interesting informations on page 44ff. The book tells, there were no plans to make the pictures of the Hamburg Fire (Hermann Biow). The first planned pictures from historic events are done 1848 in France (abdication of King Louis-Phillippe) by Eugène Thibault.

For an international event, this may well be the Mexcian - American War (1846-48). In particular, there is an April 1847 picture showing what is probably first amputation photographed.

For a regional or local event, the date can be pushed back to 1842 (see below). 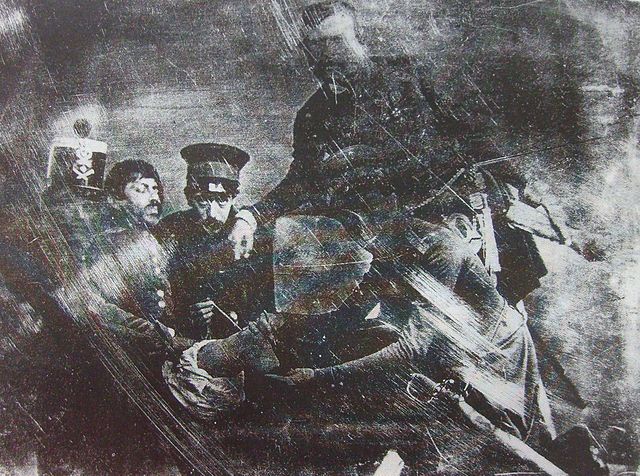 About a year later, a photo was taken of the crowd at the Great Chartist Meeting in London on the 10th of April, 1848. This may well be the first ever photo of a mass demonstration. 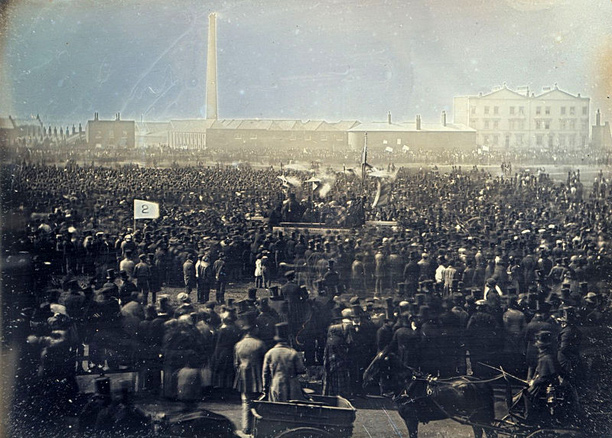 Another early 'major historical event' to photographed was the Great Exhibition in London in 1851. The picture below used a different photographic process (Calotype). 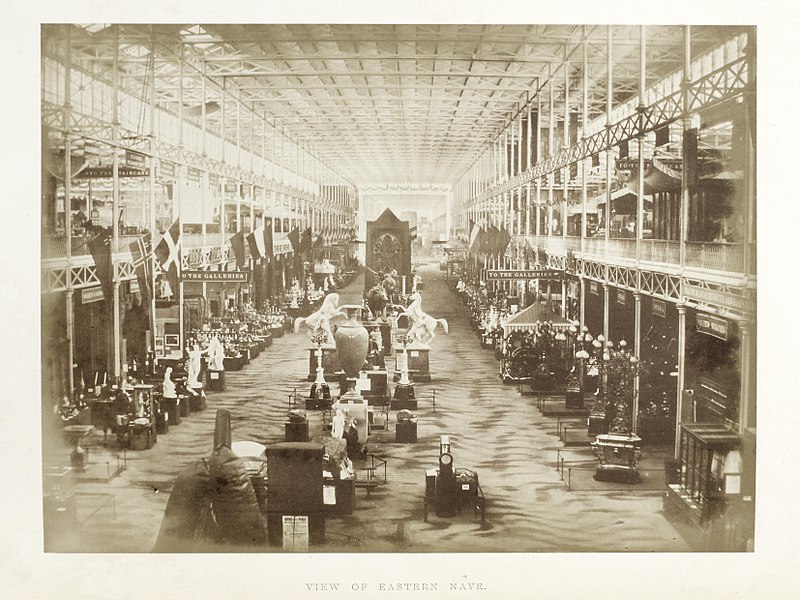 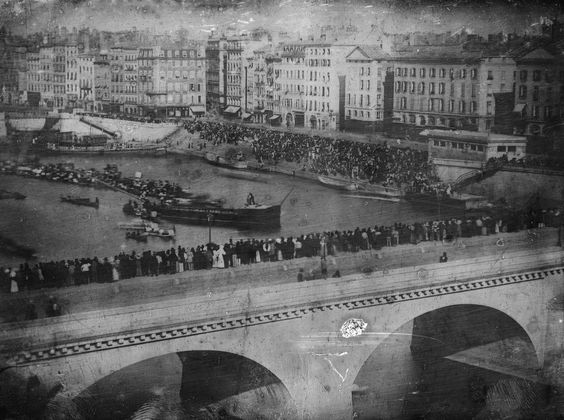 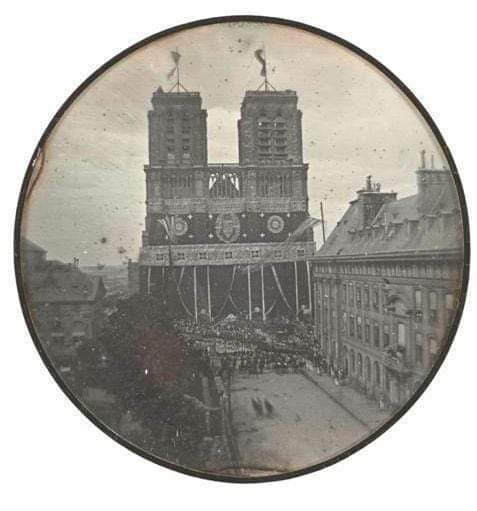 The 31 years old son and heir of France's last king, Louis-Philippe the first, died in a horse-car accident in 1842. This daguerreotype documenting his national funeral belongs nowadays to Paris' Orsay Museum.

This photography, and many other pictures of Notre-Dame-de-Paris before its restauration in 1845 (though not linked to any particular historical event) can be found on this website provided by @MarkJohnson in a comment.

12
What is the oldest known international sporting event?
6
Who is the person sitting to the left of corporal Hitler?
5
What was the first recorded instance of burning a city or village in war?
4
Pushkin's daguerreotype and catalogues of early 19th century photographs
4
Earliest Born Photographed Person
1
What's the story behind this photo from WWI?
2
Is Thomas Wedgwood's picture actually the first photograph?
48
Is the photograph "England’s Revenge in India" real, staged, or fake?
19
Is that armistice wagon photograph authentic?
5
Did Man Ray photograph Nimet Eloui Bey in the all together?