When was Silver ever more valuable than Gold?

These days we pretty much take it as a given that gold is more valuable than silver. The obvious example is the Olympics and other such competitions that give "gold" medals for first place and "silver" for second.

When I was younger I read somewhere that silver was actually rarer than gold in Europe, up until the Spanish started exploiting the New World silver mines, and the massive infusion of silver into Europe devalued it.

I haven't ever seen that stated since, so I doubt its true. However, I did find a reference that silver was in fact rarer in Egypt during the Old Kingdom.

So it seems there probably were extended periods in literate areas where silver was more valuable than gold. What (and when and where) were they?

... We saw that the Arabs of the Soudan down to the present day prefer silver to gold whilst in the earlier part of the present century when Japan was opened to European commerce the Japanese eagerly exchanged gold for silver at the rate of one to three and even less as they possessed no native silver and were charmed with the beauty of the little known metal.

... It is almost certain that in all countries at one stage silver must have been of higher value than gold.

Afterwards as its production became greater it became equal in value and finally little by little much less valuable until at last the relation between the metals is 1/22.

All this on pages 145/146; the earlier pages give some historical document references for these.

While metallurgic ease, geographic access and hoarding habits would influence the amount of effective metal circulating in human society; the fundamental likelihood of the element in the Earth's crust is also informative: 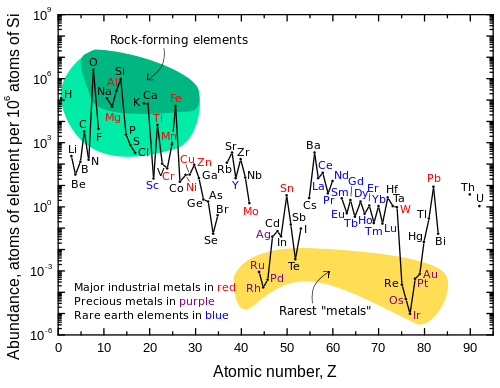 A society that had less silver than gold was either unlucky in geographic location or simply not mining or trading for it in the first place.

In China, Shanghai in the 19th-20 th century trade was made in taels, made of silver.. Shanghai's wealth came from trading the merchandise China had to offer.. tea, silk..for opium brought from India.
Silver went to British banks that worth more than gold....HSBC in the 20's had a 6 to 7 million pounds worth of silver stored .

24
When and where was salt as valuable as gold?
8
Why did silver gain prominence in trade over gold in Early Medieval Europe?
20
Why was gold so popular and valuable back when it did not have many real world uses?
5
What were the largest European treasuries, in gold and silver, at the end of the Seven Years War?
3
Gold coin vs Silver coin exchange rate fluctuations in antiquity
13
In the 18th c., did/would China accept gold from Europe as trade payment? Why / why not?
3
Was there an embargo of Soviet gold in 1932, and was grain the primary exportable good?
38
What's the rationale for shipping coins back to Spain from its colonies?
2
Was there a trade link between the medieval Hungarian Kingdom and the Mali Empire?