What was the primary reason for the rise and success of the Roman republic / empire? [closed]

The Roman republic and its successor, the Roman empire, were extremely successful. The territory of the empire did encompass several times the size of the early republic.

What was the primary cause of this success? Technological or organisational superiority ? What was different in Rome in comparison to regions of similar geography and civilization (around the Mediterranean at the time) ?

1. Someone was bound to take advantage of the advent of the Iron Age.

Bronze is a lot easier to work with. So long as copper was easy to mine, iron did not look very promising. Whoever exhausted easily mined copper on their territory first had an advantage. Bronze weapons had no chance against steel.

Food production was relatively easy compared to the territories north of Italy (or south of Italy, for that matter), and could easily support the growing population. One less headache. More attention could be given to other things: civic matters and warfare. 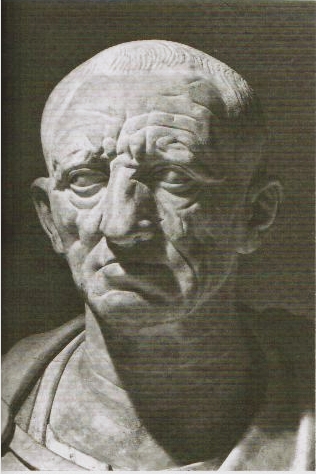 "Carthage must be destroyed." The removal of the one serious competitor on the three continents before it grew too big and strong. By hammering the idea into the Senators' heads each time he made a speech on any topic, Cato succeeded in persuading them Rome would not be safe until Carthage was gone. He was actually correct, for all the wrong reasons. Here's a Wiki article on him:

4. The benevolent attitude towards Greece and all things Greek.

The Greek (or Hellenized, anyway) territories covered a lot of land and water, including Egypt, Syria, Northern Italy, etc. Rather than suppressing the culture, the Romans merged it into theirs as they took over those territories. Once conquered, the Greeks had little reason to resist Roman rule: the Romans did a better job preserving their traditions than the Greeks did themselves. Greek was widely recognized as the language of culture throughout the Empire, the educated class making it a point to be fluent in it. There is a hypothesis that all of the Greek achievements in architecture, literature, philosophy, and sculpture and science would have vanished without a trace if it weren't for Rome. Far-fetched as it sounds, the assertion is amazingly difficult to refute.

After the fall of the Western Empire, the Greek-speaking Eastern part hung onto power for many centuries. The Republic of Venice was more Greek than Italian long into the Middle Ages.

The Greeks had spent themselves laying the foundation for the Roman Empire. Why didn't they build it themselves? They were too set in their ways. To do what the Romans did, they would have had to rebuild their entire society from scratch. Not happening. 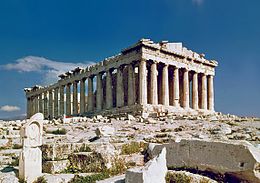 In theory, however humble a man's origins might be, and no matter where he was born, he could become Emperor so long as he was a Roman citizen. Equestrian or plebeian, Italian, Spanish, Greek, Hebrew, Gallic - it was all the same to the Romans so long as one was a patriot of the Empire and a good military leader.

Here's what Cassius Dio wrote about Emperor Trajan: "An Iberian, and neither an Italian nor even an Italiot",

An overworked mind cannot think big; overworking one's body becomes counterproductive very quickly. Taking a nap after a hearty afternoon meal, visiting the baths, etc, was conducive to the rational approach to everything in the sparsely populated pre-industrial Europe. Italy's climate is ideal for this. Central and Northern Europe are too cold; Africa and the Middle East too hot. Location, location, location. 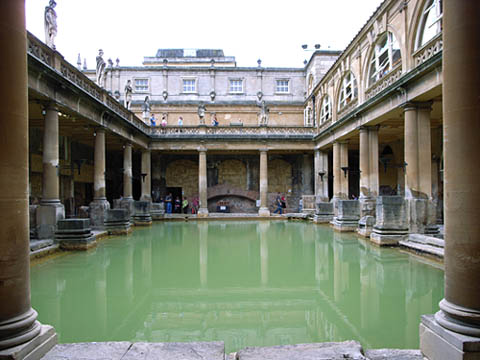 7. Knowing when to stop: Hadrian.

There's only so much territory an Empire can control without running into harm and having to deal with the law of diminishing returns. (For further information on this please see the Wiki articles on David Ricardo and Thomas Robert Maltus)

Emperor Hadrian decided (wisely) that further conquest would be counterproductive and bent his energies on construction and domestic issues instead. 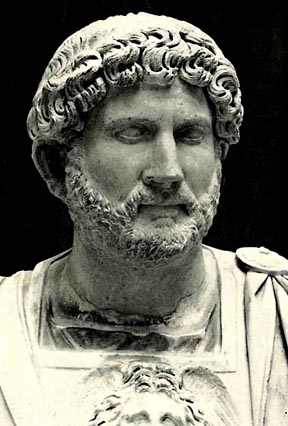 8. The legion as a well-organized construction team.

The Roman army differed sharply from all preceding and subsequent armies in history. The Romans weren't interested in merely conquering and levying taxes. A Roman campaign camp wasn't merely a bunch of tents: the legion built a makeshift fortress each time it stopped for the night. When the conditions were favorable, this makeshift fortress could be converted into a permanent one. Engineers and contractors followed the legion: the path turned into a paved road. Hills were razed and tunnels drilled, bridges spun rivers. Here's one over the Danube:

Abundance of nearby farms and water sources were an excuse to build a new city. The list of Roman cities founded by the military is astounding: Paris, London, Vienna, Lyon, Cologne, Potsdam, Florence, etc, etc.

The paved roads had grooves for carriage wheels. The distance between the grooves is matched today by the European track gauge today, and the main railroads of Europe are built on top of Roman roads.

The engineering involved in the construction of aqueducts was so far ahead of its time that a team of 20th Century German engineers putting together an aqueduct were stunned when they discovered the remnants of subterranean Roman waterworks, assessed their complexity and excellent condition, and incorporated large portions of it into their network.

This is the ultimate non-scientific reason. In hindsight, the arrival of the Roman Empire could not have been timelier for the spread of Christianity: the wide-spread literacy, huge territory, excellent roads made communication a breeze. Just look at the travels of St. Paul alone:

We'll never know (not in this life, anyway) whether this was part of the Original Plan, but an honest historian, should he or she be faced with the task of analyzing the hypothesis, would have to categorize the preceding epochs and locations as "not ready," while labeling the subsequent ones "too busy."

Not the answer you're looking for? Browse other questions tagged ancient-rome technology civilizations or ask your own question.

27
What is the evidence to claim that political order in ancient Rome was sufficiently different under “kingdom”, “republic” and “empire”?
6
Did the Great Wall of China help cause the fall of the Roman Empire?
9
Why was the Marian reforms' inclusion of landless masses necessary?
8
Did the food economy of the late Roman republic rely on foreign imports, or was it more localized?
6
What Roman institutions were obsolete by the end of the Republic?
11
Why did post-Roman rulers abandon tax-paid army?
19
How did Christianity replace Roman Paganism and other ancient religions?
23
Did ancient Romans anticipate the fall of Rome?
0
When did the Roman consular year begin during the Republic and Empire?