I came across a medal commemorating the coronation of Leopold II as Holy Roman Emperor in 1790.

The inscription on the obverse of the medal is:

With so many interpuncts in the inscription it is clear to me that Leopold II had many titles, though it seems that the medallist heavily abbreviated almost all of them. What are the titles that the inscription mentions?

Here is a picture of the medal in case I messed up one of the interpuncts: 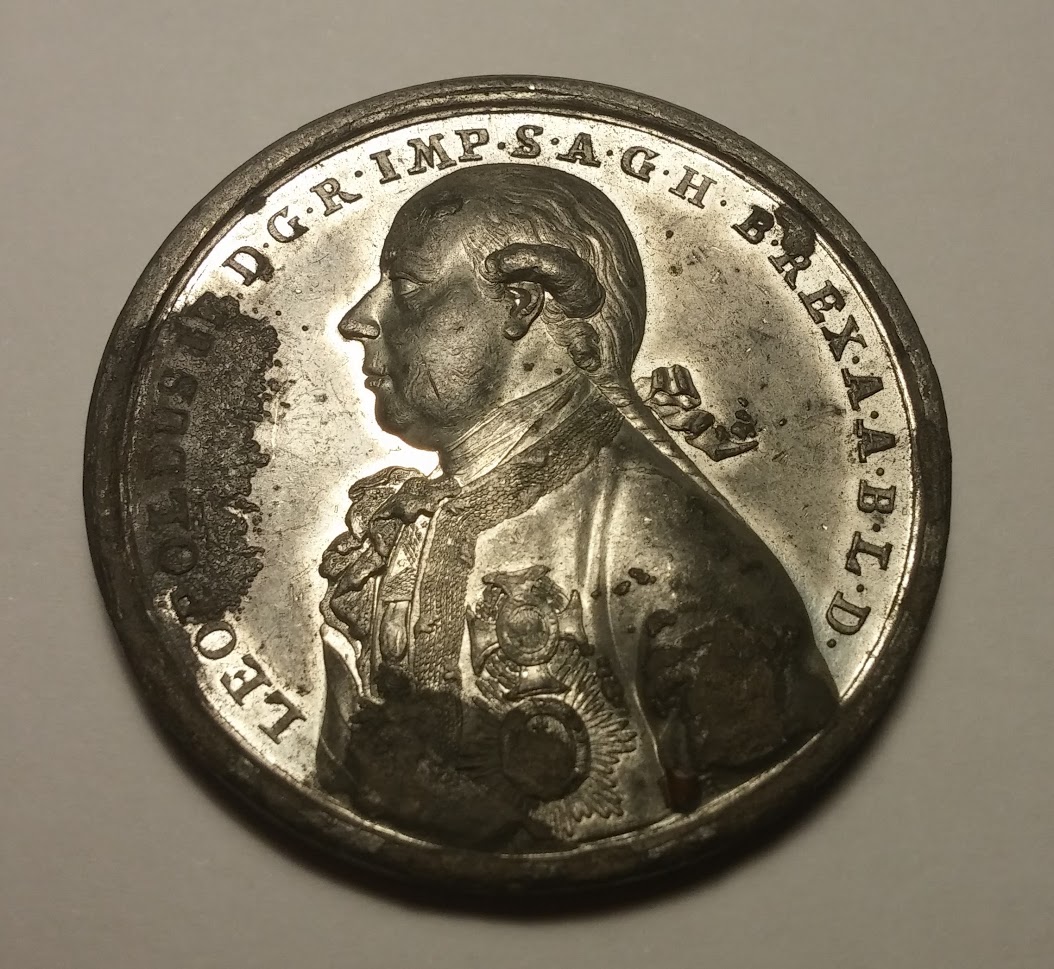 The image was taken by me.

These refer to, in order, his titles of:

Note that this is not Leopold II's full title. He held so many kingdoms and duchies it is highly unwieldy to list them all.

Not the answer you're looking for? Browse other questions tagged germany holy-roman-empire titles or ask your own question.

7
Why was "Caesar" borrowed for the imperial title in German rather than "Augustus"?

19
Material Basis of the Golden Age of Bohemia
10
Where does Akbar the Great's "Great" come from?
16
What were the conditions of joining or leaving the Holy Roman Empire?
2
British royal titles for regions not in Britain
35
Why does the King of Spain still claim defunct titles like the King of Hungary?
7
Why was "Caesar" borrowed for the imperial title in German rather than "Augustus"?
6
Was there ever support for any persons outside of the empire to be elected Holy Roman Emperor?
5
What does this 1960 West German political cartoon mean?