Did unmarried Spartan women have longer hair than men?

I understand that in ancient Sparta, men wore their hair long whereas married women cut theirs short. However, in the brief mentions I've read about this (such as in one answer to "When and why did having long hair become associated with women, and short hair with men?"), I've never read anything about how long was the hair of unmarried women relative to that of men. Did unmarried Spartan women have longer hair than men, was their hair equally long, or was it shorter?

I asked a separate, more general question about "Has there been any culture where men typically have longer hair than women?", but this question I am asking here is much more specific, relating only to the situation of ancient Sparta.

In general, that would depend on the age of the man. There is some dispute as to at what age Spartan men were allowed to grow their hair long. It may have been at 20; according to D.M.MacDowell in Spartan Law, the confusion lies in the interpretation of one passage by Xenophon, but Plutarch is clear that it was at 30.

It is clear, though, that those under the age of 20 had short hair. According to Pausanius, this tradition of long hair continued until at least until 146 BC but, as Cartledge & Spawforth observe in Hellenistic and Roman Sparta,

All that remained until then of the old Spartan ways were the peculiar mode of clothing and style of hair . . . which constituted both literally and figuratively a mere keeping up of appearances. 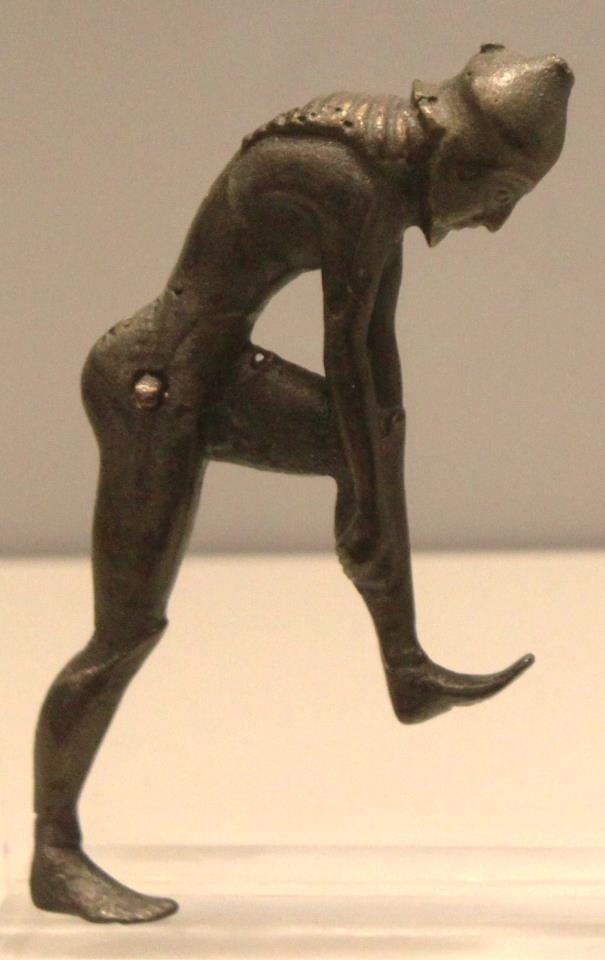 Women, on the other hand, are depicted in art and literature as having long hair before marriage. For example, Anton Powell in The Shadow of Sparta, quotes Aristophanes' Lysistrata,

Let us praise Sparta, where…the girls, like ponies, leap along by the Eurotas, raising the dust with the rapid movements of their feet; and their hair streams out like that of maenads at play... 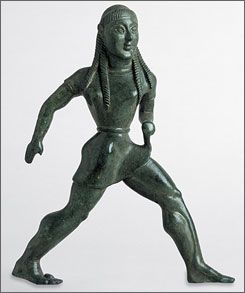 When the time came for marriage (at around 18 to 20 years old, generally later than in other Greek city states), the preparation

...began with the shaving of the bride’s head; thereafter as a married woman she had to keep it close cropped...

However, it is worth noting that this tradition of cutting hair short upon getting married was far from a uniquely Spartan tradition. Barbara Goff in Citizen Bacchae notes that

The bride would almost certainly dedicate her hair, an offering that is a common sign of transition in both Greek and other cultures

...long-haired youth of Athens who associated with Sokrates.

Also worth noting is that Spartan men

were simply more conservative in the adoption of new styles, meaning that they retained archaic fashions, such as the peplos and long hair for men, long after Greeks from other cities had adopted new fashions.

Not the answer you're looking for? Browse other questions tagged fashion gender sparta or ask your own question.

40
When and why did having long hair become associated with women, and short hair with men?
5
Has there been any culture where men typically have longer hair than women?

5
Have fashionable hair lengths ever been reversed from their current styles?
40
When and why did having long hair become associated with women, and short hair with men?
5
Has there been any culture where men typically have longer hair than women?
12
When, where, why did clean shaving for men become the norm?
1
What did women wear during the Rashidun era?
2
Is there historical evidence on what might have been a maximum hair length for males in 1st century Judea?
54
How would a Spartan have held his shield?
17
Why did Athenian philosophers praise Spartan culture and laws, which would preclude philosophers like themselves?
10
Did Victorian parents raise their children "sexless" to prolong innocence?