What's the last record of pagan believers in Europe?

When was the last group of pagans wiped out? I'm interested in mainland Europe and the British isles, not fringe areas like Greenland.

Edit: I am talking about authentic, contiguous, non Abrahamic religion.

Pagan believers exist in Europe even now. But if you are asking of the last country which became officially Christian, this was the Grand Duchy of Lithuania, the grand duke Jogaila converted to Christianity (Catholicism) in 1387. (Some earlier grand dukes converted earlier but then relapsed). After the Grand Duke conversion, Christianity was forced on all population, but of course this was a long process. Some pagan communities remained on the European territory of the Russian empire till 19s century.

Conversion of a country at that time meant conversion of the leader (prince, king). After that Christianity was usually enforced on the rest of population, but this always took some time.

But the grand Duchy was the last officially pagan state, though a large part of its population (living on the territory of the former Rus principalities) was Christian (Orthodox) since earlier times. Conversion of the Grand Duchy happened as a result of dynastic union with Poland (Jogaila married a Polish princess) and eventually the states united to a single state called Rzeczpospolita Obojga Narodów (Republic of Two Nations, usually translated into English as Polish-Lithuanian Commonwealth). It was partially Catholic (Poland and proper Lithuania) and part Orthodox (former Rus principalities).

Even before the union with Poland, the Grand Duchy was the largest state (by territory) in Europe, so certainly it was not a ``fringe''. Well, perhaps the largest after the Golden Horde, the European part of it, if this can really be called a state. To the East of the Rzeczpospolita was the Grand Duchy of Moscovia, the state which in 14s century was still dependent of the Golden Horde, though some maps show it as an independent state. As Moscovia was still in Europe, the Rzeczpospolita was in no sense on a fringe, but rather in Central Europe.

According to modern statistics,

In Kalmykia 37.6% of population is Buddhist (being the largest religious group there), another 3% belong to Tengrism and shamanism. 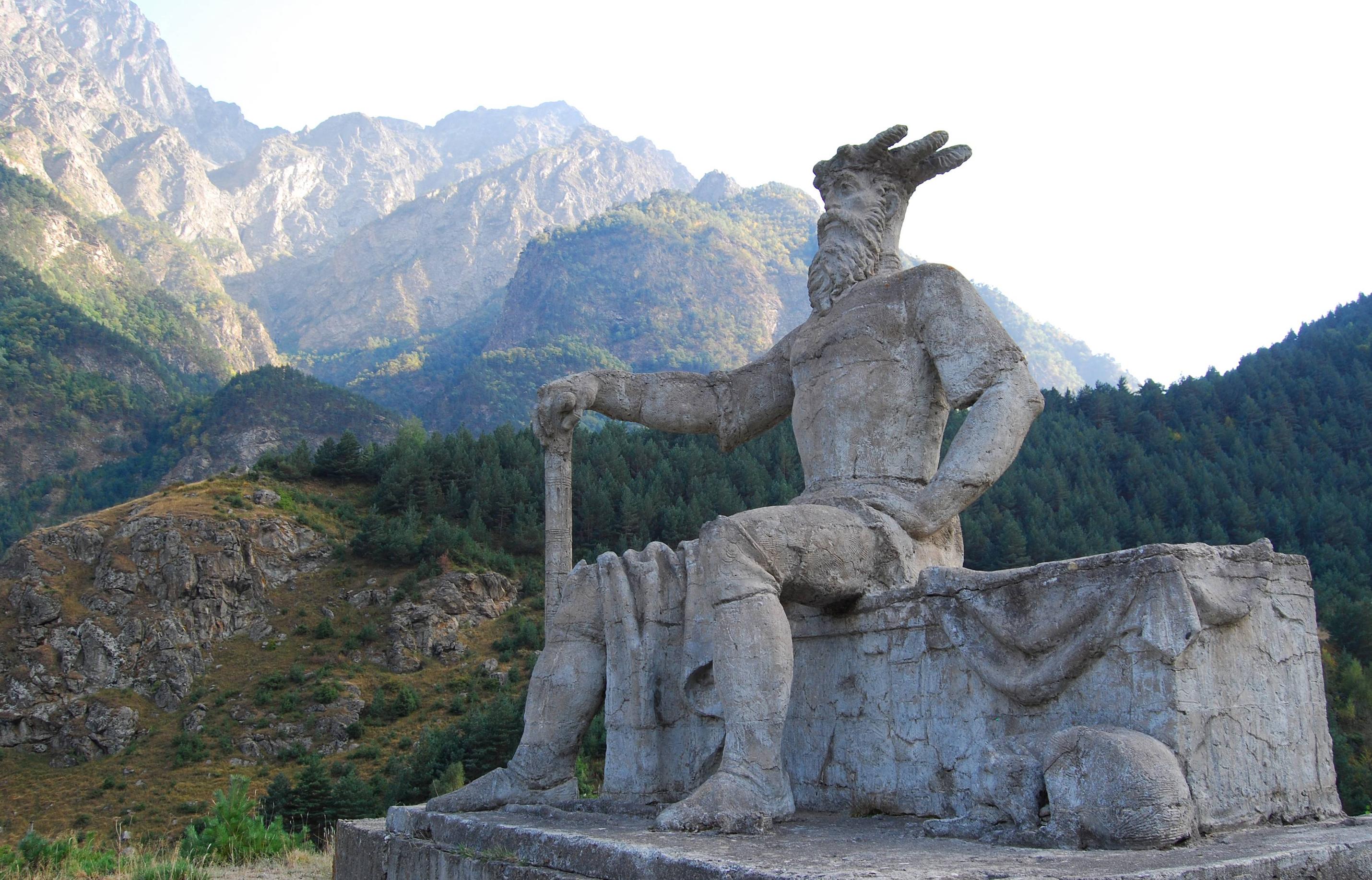 In Khakassia Tengrism makes up 2%.

In Udmurtia 2% belongs to Udmurt Vos.

In Chvashia 1% belongs to Vattisen Yaly (a kind of Tengrism)

Hat tip to @Anixx, who would deserve credit for the answer if his answer included references.

In 2010 870,000 Europeans professed adherence to folk religions; just under 5 million professed a non-Abrahamic religion. It remains to prove that these are continuous; probably the Hindu and Buddhist respondents are immigrants, and I'd argue that they aren't "pagan" whatever that means.

"Is there a God" provides a graph showing that non-Abrahamic religions have maintained a substantial membership since at least 1900 - In order to fully answer the question we need to establish that there were non-Abrahamic adherents between the inquisition and 1900.

Wikipedia lists execution of 1,175 heretics in 1794 (although it doesn't say whether it was an Abrahamic heretic, I'm going to assume that at least one was non-Abrahamic). In order to establish continuous "pagan" presence, we need to demonstrate that they existed between 1795 and 1900; I'll leave that task to others since I'm about to run out of time.

Note: "A History of Pagan Europe" is a book length answer to the question; I haven't read it, but superficially it confirms my suspicion. ** Update** Turns out the book is available & searchable on google books; page 211 references Welsh Bardist activity in 1176, 1594, 1789, 1790, 1791, 1792 and 1819; this would neatly fill the gap. (OP may argue with the continuity from the Roman Era Bards, but I would counter that if there is continuity from 1176 to 1819, then this fits within the scope of the question - particularly as @CGCampbell points out, there was an implicit penalty to professing non-Abrahamic religion during the period.)

Aside I have friends who would classify Freemasonry as a form of paganism, and other friends who will emphatically (bombastically) support Roman Catholicism as paganism. I'm not proposing these seriously, but pointing out that "pagan" doesn't have a strong consensus definition. Similar claims have been made about Latter Day Saints, Quakers/Society of Friends. More seriously, if we examine the plethora of sects that emerge from the Reformation, some of them have only tenuous connections to Abrahamic religion. I'm drawing a blank on the name of the Russian sect that advocated that since the Christ wrote a blank check for salvation, it was an insult to commit only petty sins; good Christians were obliged to sin frequently and thoroughly in order to make Christ's sacrifice meaningful. I'm not going to judge their religion or their commitment, but I will submit that few mainstream Christians would endorse the opinion.

Not the answer you're looking for? Browse other questions tagged europe christianity or ask your own question.

8
How would Eastern European emigres have traveled across Eastern Europe to Warsaw in the early 20thC?
12
Were there any battles in Continental Europe that were decided by “peasants with pitchforks?”
21
What is the last historical mention of people worshipping the Roman gods?
34
Did people use to marry much younger during the last millennium?
26
What was the Seven Years War called at first?
13
Why was there little nonwhite migration to Europe in the 19th century?
19
How did Christianity replace Roman Paganism and other ancient religions?
4
What is the number of slaves imported from Africa to the Americas by non-British countries?