What was happening to bank deposits during WW2?

I'm curious what was happening with people's money in banks in countries involved in World War Two. Were they frozen, lost or banks were functioning no matter who was currently controlling territory?

During wars, such as World War II, banking goes on as usual with a few differences: 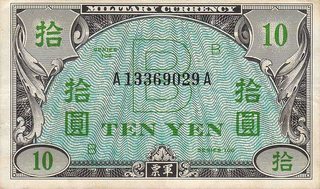 For Germany, you can find some info (in German) on wikipedia and on the website of the federal bank.

If I understand it correctly, not much changed after 1945 except that the money got quite worthless. To fix this, a currency reform was conducted in the western zones in 1948 in which each citizen would get 40 D-Mark and everything else was converted with a 1:10 conversion rate (or actually a even less D-Marks per Reichsmark in many cases), and only if given a green light by the financial authorities.

The situation in East Germany was somewhat similar, just with 70 Marks per citizen, with more generous conversion rates for smaller amounts of money and with much more generous rates for state-owned companies. And the financial authorities were supposed to be more thorough in their investigations before approving of a conversion of an account to East German Deutsche Mark.

The Soviets were actually somewhat taken by surprise by the West German currency reform and really had to rush their own reform before all the worthless Reichsmark from West Germany would end up in the East. They were also somewhat disgruntled and started the Berlin Blockade.

No more interest. 2-4% was normal, pegged down to .375% for the duration. In 1942, the Fed began intervening in Treasury auctions, keeping 90-day bills at 3/8%, with a ceiling for all debt on 2.5%. For domestic institutional investors during the war, this was all the fixed income there was to buy. There were no mortgages, no car loans, no consumer durable loans, no foreign investment.

So, why're you going to keep your money in a bank-account? (And you had money? Great Depression just ended, and the stock market had just fleeced any middle-class who were investing).

War bonds. Screw with the markets, to direct money where they wanted it to go. Half of all loans made by the Fed were for under $100k; which probably severely cut into banks' cut of the loan business. Mandate loan downpayments and durations by fiat.

During the war, the US borrowed more than 100% of its gross domestic product and did not subsequently collapse.

All of this is going to mess with your need for money, and what you can get with your money - nevermind shortages, rationing, etc.

The US financed just over 40% of the war through direct taxes. That still left 60% of the war costs to be funded through debt and seignorage.

Flush American occupying soldiers drove a lot of business in Germany, during and after '44.

A number of post-war American businesses were funded by soldiers who did well in poker games during the war (ie: they aggregated other (over-paid?) soldier's pay to get capital). Soldiers were making $21/month (pre-war), and come home with thousands of dollars. eg: Smitty's (sold to Kroger).

SE doesn't like links from the likes of me:

Not the answer you're looking for? Browse other questions tagged world-war-two banking or ask your own question.

13
What happened to the French gold at Martinique during WW2
20
How did the Soviets decide what to annex in WW2?
0
Did anyone besides Heinz Guderian believe that Germany needed to "liberate" Soviets to prevail on the eastern front?
12
What was Nazi Germany's end goal?
2
Could German citizens visit Japan during the Nazi era? And if so what would the locals think of them?
10
How did the Medici originally get into finance?