Was there a reason Hitler saluted differently to everyone else?

When people think of the nazi salute, the hand is generally out in front, around 45° palm down. 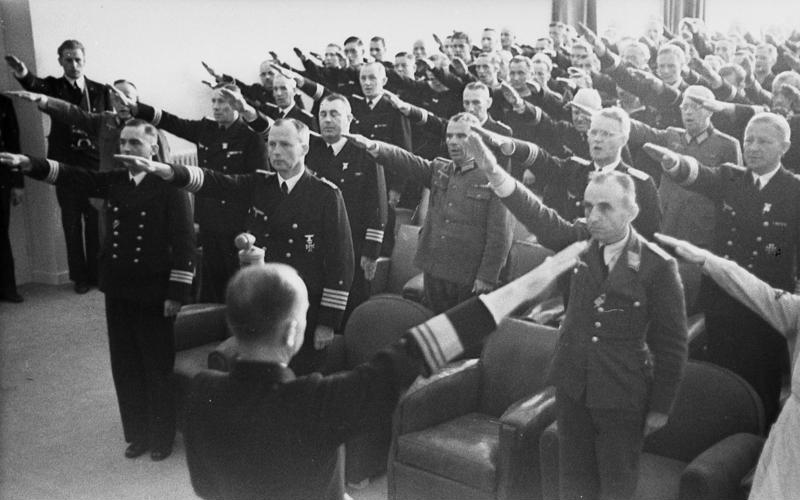 Sometimes it would be lower, which I think reinforces that it's a "palm open and down" gesture: 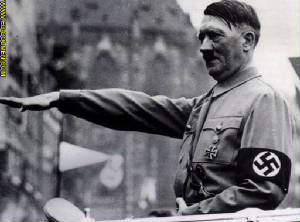 Here, we see many civilians taking a less disciplined, more upright approach, but everyone (except Hitler) still has their palm down or at least forward. 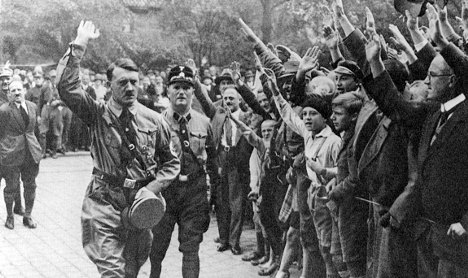 So why did Hitler salute with his palm clearly upwards? I think it makes him look aloof and undisciplined, very different from propaganda photos.

If he wanted to be seen as this: 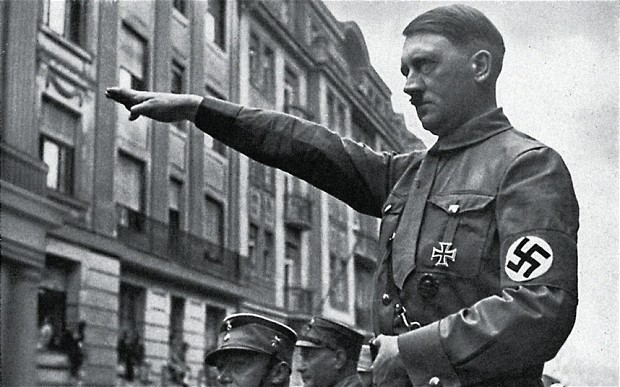 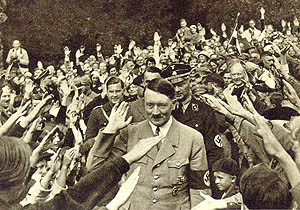 My take is that it's a casual, and perhaps older version of the Nazi salute. Hitler talks about the origin of the salute, which he refers to as the "German Salute", which is recorded in Hitler's Table Talk, a collection of notes on his monologues, which is freely available online.

On parades, when mounted officers give the military salute, what a wretched figure they cut! The raised arm of the German salute, that has quite a different style! I made it the salute of the Party long after the Duce had adopted it. I'd read the description of the sitting of the Diet of Worms, in the course of which Luther was greeted with the German salute. It was to show him that he was not being confronted with arms, but with peaceful intentions.

In the days of Frederick the Great, people still saluted with their hats, with pompous gestures. In the Middle Ages the serfs humbly doffed their bonnets, whilst the noblemen gave the German salute. It was in the Ratskeller at Bremen, about the year 1921, that I first saw this style of salute. It must be regarded as a survival of an ancient custom, which originally signified: "See, I have no weapon in my hand!"

I introduced the salute into the Party at our first meeting in Weimar. The SS at once gave it a soldierly style. It's from that moment that our opponents honoured us with the epithet "dogs of Fascists".

Even though it's Hitler talking about something he himself invented, Hitler is not exactly the most reliable of narrators. Still, from this we can tell that the Nazi salute was most likely influenced by the Roman salute as used in Fascist Italy. It differs from the Nazi salute in that the hand is raised higher, with the palm facing forwards: 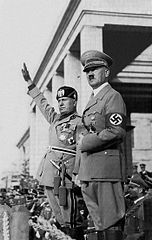 You can dismiss Hitler's claim that the salute had German rather than Latin origins. That's just Hitler being Hitler.

So the original Nazi salute may have resembled the Roman salute more closely, but that the SS modified it with "a soldierly style", a crisp yet tiring gesture to hold. Most Germans only had to do the salute once - to Hitler, but Hitler would be obliged to return the salute to everyone greeting him, so it's reasonable to assume that he adopted a lazier version for himself, especially in casual circumstances. He complains of how tiring the normal salute is:

The [Nuremberg] Congress, for me, is a terrible effort, the worst moment of the year. We shall prolong its duration to ten days, so that I may not be obliged to speak continually. It's because of the superhuman effort which that demands of me that I was already obliged to have the opening proclamation read out. I no longer have the strength to speak as long as I used to. So I'll withdraw when I realise I'm no longer capable of giving these festivities the style that suits them. The most difficult effort comes at the march-past, when one has to remain motionless for hours. On several occasions it has happened to me to be seized by dizziness. Can anyone imagine what a torture it is to remain so long standing up, motionless, with the knees pressed together? And, on top ofthat, to salute with outstretched arm? Last time, I was compelled to cheat a little. I also have to make the effort of looking each man in the eyes, for the men marching past are all trying to catch my glance. In future I must be given cover against the sun.

The casual salute that Hitler performs would be easier to do repeatedly, as the arm supports its own weight. Compare this to the British Royal wave, which is also less tiring to do over extended periods of time.

Admittedly, this answer isn't so strongly supported, but I couldn't find a source for the idea that Hitler's salute is "accepting the offering of loyalty".

This is explained in the Wikipedia article. In summary, the Nazi salute by anyone but Hitler symbolized their offering of their loyalty to Hitler. Hitler's salute symbolized his acceptance of that loyalty.

Hitler's salute evolved with his rise to power, and it reveals how he perceived his relationship with the masses.

At first, he was modeling what a dedicated and supporting party member should do. The salute is strong, straight, onward, and upward, so to speak.

As he rose, his arm and palm stayed straight, but dropped to fully horizontal, as if to be showering down his ideals upon the eagerly receptive masses below.

When he peaked, his arm and palm folded over backwards, as if to share the people's desire to salute Hitler. With his inverted gesture, he was actually saluting himself.

Not the answer you're looking for? Browse other questions tagged nazi-germany germany cultural-history hitler or ask your own question.

14
Was there a constitutional mechanism to overturn the election of Adolf Hitler?
13
Did Mussolini know that Hitler was going to attack Poland?
6
Was Hitler ever a member of the Reichstag?
23
Why did other German political parties disband so fast when Hitler was appointed chancellor?
49
Was Hitler exclaiming “Heil Hitler!” himself when saluting?
0
Was Rudolph Hess a moderating influence on Hitler?