Is the name of Askandra Village, Rajasthan related to Alexander the Great?

I did a wiki walk and ended up on this site: http://www.livius.org/articles/place/alexandria-on-the-acesines/

Which contains this line: "The town flourished; in Buddhist texts, it is called Askandra."

Since the town is called Uch, I thought, let's just google 'Askandra' and see where it ends up. And that led me to a town in Rajasthan.

So now I'm wondering, is this town founded in honor of Alexander, by Alexander or is this just a coincidence?

Alexander's route of invasion and conquest in Indian Subcontinent today exists in modern-day Pakistan. This is the map: 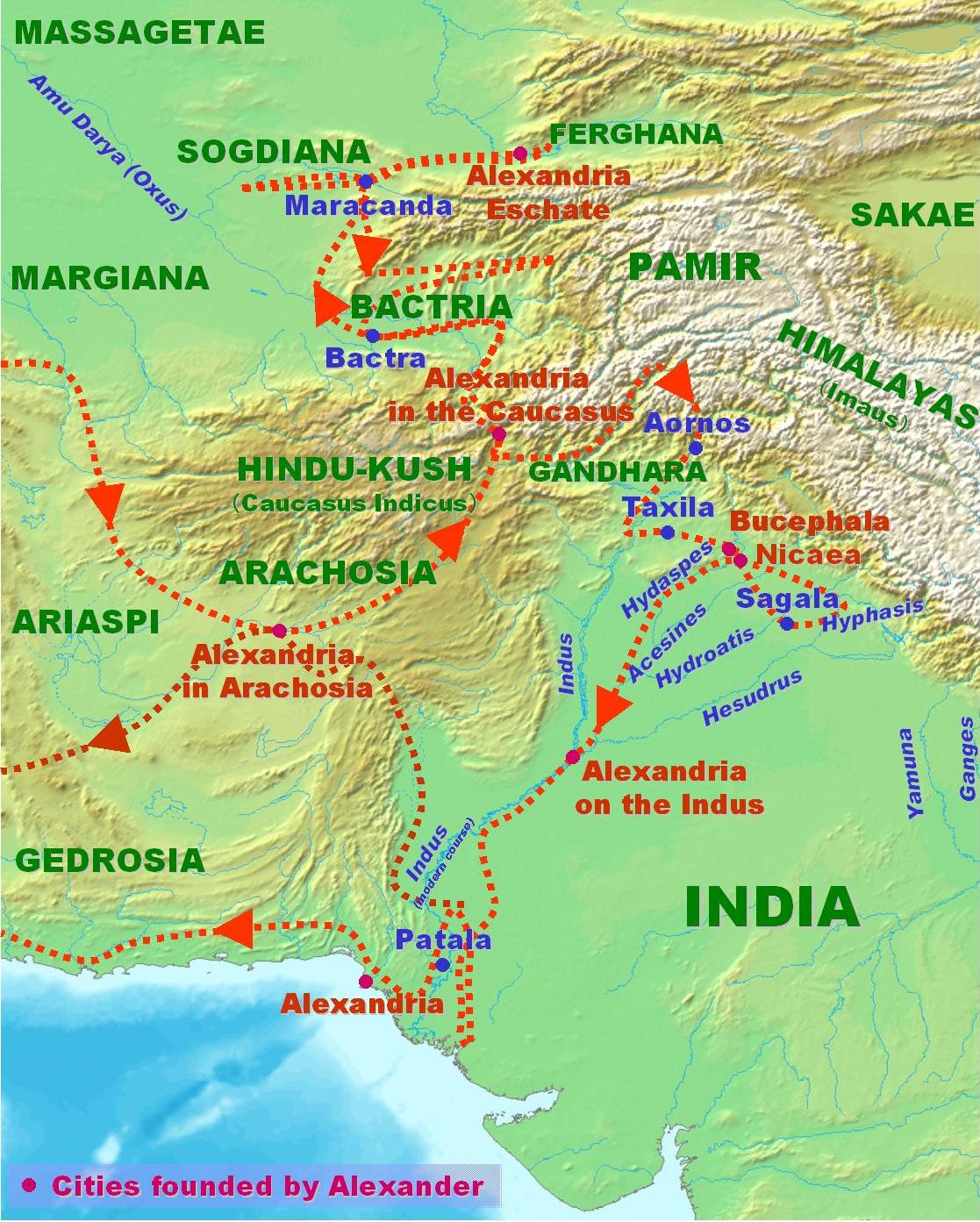 As you can observe, Alexander mainly passed through Pakistani regions of Punjab, Khyber Pakhtunkhwa, Sindh & Baluchistan.

Rajasthan is however on border of Sindh and Southern Punjab so it is entirely possible that he may or may not have subjected some Rajasthani territories to his conquests. But I personally think it as unlikely seeing as Alexander wasn't able to extend his influence beyond the Indus Basin in North-Western Indian Subcontinent due to mighty Nanda Empire's hold further Eastward and morale of the Army.

Now with that cleared, The city Uch that you mentioned is in Southern-Punjab, Pakistan. As you can see in the map, it was founded as Alexandria on Indus.

After googling Askandra, one indeed lands on a page about a village in Rajasthan. But seeing as the Area was never under his rule and Indians had no reason to love Alexander after massacres in Multan and other regions, It is not plausible to suggest that the village may have been named after the foreign conqueror. It is however noteworthy that much latter, A Briton named Alexander Heron conducted a geological survey in Rajasthan and was director of Geological Survey of India. It was not unseemly in the colonial days to have places named after British officers e.g. Abbotabad, Lyalpur (Now Faisalabad etc.). This is however mere conjuncture and there is no evidence that the village was named for Heron. Nevertheless there is no proof of village being named after Alexander or for even his journey in the region. The district in which that village is located is Jaisalmer. Jaisalmer only became noteworthy after construction of a fort in 1156 AD though some argue that it may have been an important city on road linking ancient India,Persia and Arabia. Bottom line however is, Alexander built cities, not villages.

Not the answer you're looking for? Browse other questions tagged india alexander-the-great toponymy or ask your own question.