What happened to the Swiss troops in French service after August 10, 1792?

Louis XVI had a total of 11 Swiss line infantry regiments by 1792, all of which were also disbanded after the events at the Tuileries. Who did they serve afterward?

Nearly all of the Swiss guards were killed during the storming of the Tuilleries on 10 August 1792, or in the immediate aftermath. Nearly a hundred were publicly executed in the square of the Hotel de Ville. After the palace and assembly were overrun, the revolutionaries went hunting through the buildings room by room, killing anyone they found, porters, butlers, dish washers, everybody. The guards who survived were mostly those who were not in Paris for one reason or another. 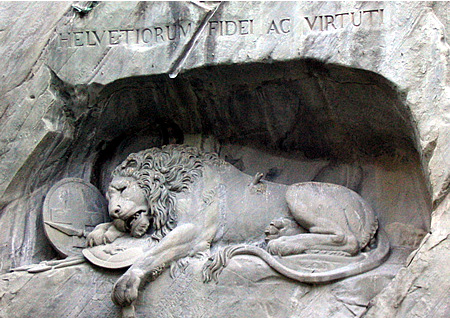 Monument to the Swiss Guards massacred in the French Revolution (Lucerne, Switzerland)

The remnants of the guard did not immediately reform and sought other employment. The Papal guard continued to be employed. When Louis the XVIII was restored to the throne he employed a new Swiss Guard. Eventually, the Swiss Cantons started to pass laws discouraging Swiss joining bodyguard or mercenary organizations, but nevertheless the tradition continues today. As royal bodyguards became rarer, the Swiss have joined the French Foreign Legion and other such organizations. One Austrian I know, who was of the same stamp, fought in the Serbo-Croatian War (1991-1995).

Not the answer you're looking for? Browse other questions tagged military french-revolution switzerland or ask your own question.