I have seen pro Arab sources cite surveys like these (see image) that demonstrate that most of the privately owned in Palestine land belonged to Arabs.

I have seen Israeli sources assert that much of the privately owned land conquered in 1948 (and 1967) belonged to big landowners (often in Syria) and not to individual Palestinians who claim they lost their land.

Given the late Ottoman Empire's reputation for meticulous record keeping and overall competence, does this information even exist? 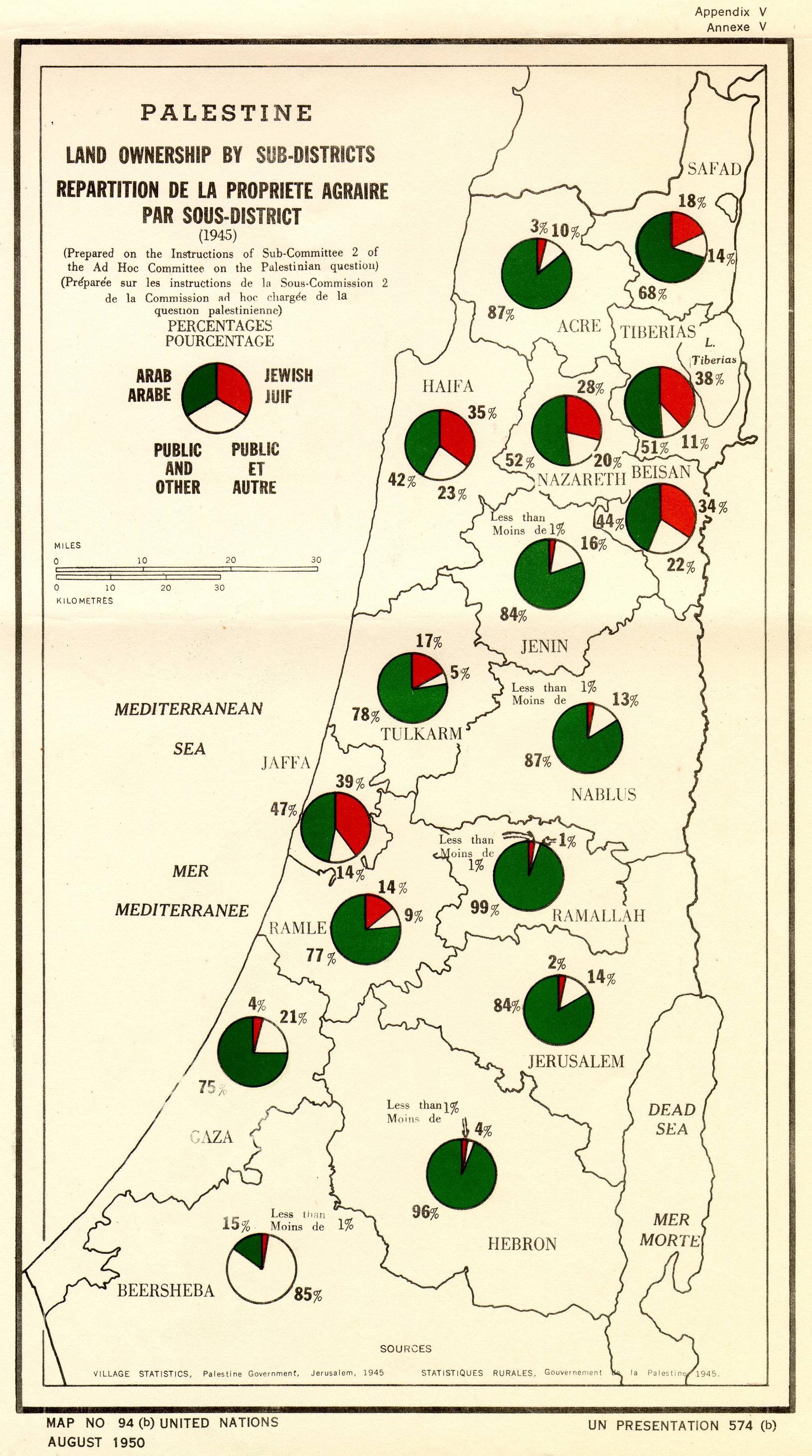 Land ownership has historically been hereditary and Richard Horsely writes in his book, Covenant Economics, that it was an "inalienable right" for a person to live on and work his father's land. He also indicates that the land actually belonged to the community, that the family were just tenants and caretakers of the land. They lived in houses on the land and it was common practice for a new groom to build an annex to the family home in preparation for his marriage.

The Ottoman Land Code of 1858 required all lands in the Ottoman Empire to be registered. The hereditary tenure system was partially abolished. Some tenants were unaware of this new law. Other tenants refused to register the land, whether because it would obligate them to military services or because they didn't want to or couldn't pay the taxes and fees associated with registration.

Some tenants did end up registering their hereditary land. Others delegated a representative for the community, of which some faithfully registered the land to the various members of the community and others registered the land in their own name. Finally, a few particularly unscrupulous people registered lands they had no rights to and became absentee landlords. Whether all the land was registered or not is unclear based on the sources immediately available to me.

When the Mandate of Israel was formed, the British Empire recognized the deeds issued by the Ottoman Empire. The Jews continued to purchase land in Israel. When the State of Israel formed, many Arabs fled and Israel passed the Absentees' Property Law, reallocating the land that was abandoned. According to this Wikipedia article, some 70% of the land in Israel could have been doubly claimed by a deed from the Mandate of Israel and a deed granted by the Absentees' Property Law.

Not the answer you're looking for? Browse other questions tagged israel palestine statistics or ask your own question.