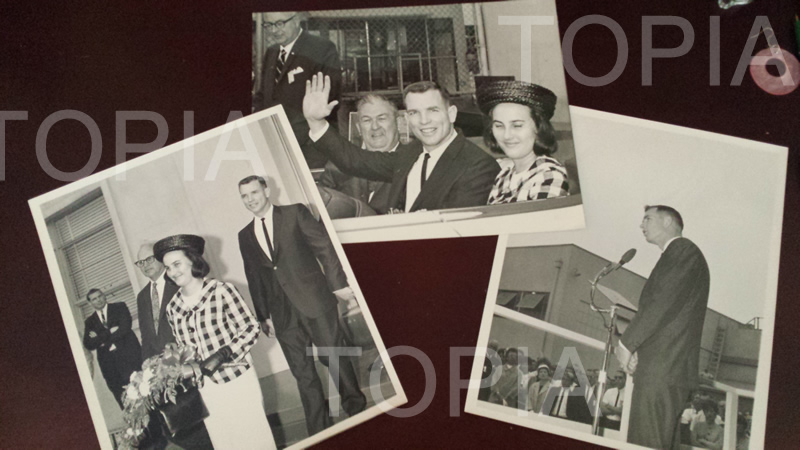 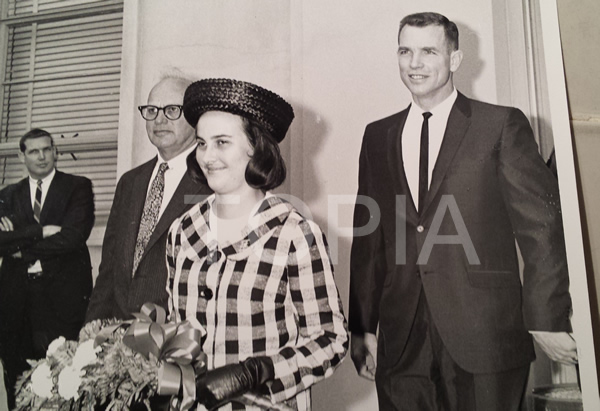 I can't be 100% sure, but it doesn't look like Unitas (who buzzed the hair on the sides of his head through much of his football career.

My best guess given that these appear to have come from the San Diego area would be Glenard P. Lipscomb, who served as Congressman for the California 56th district from 1953 to 1970. His U.S. Congress file photo from 1969 bears quite a resemblance: 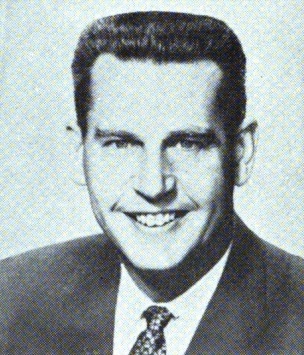 Not the answer you're looking for? Browse other questions tagged sports 1960s famous-people or ask your own question.

9
Why was cricket's popularity in USA a casualty of Civil War?
16
Who is the latest famous person to have no known likeness?
1
What's the origin of celebrating the anniversary of the death of a famous person rather than their birth?
25
Did classical Romans wear any sort of swimwear?
10
Who is Alexandra K. Trenfor? Is this quote accurate?
5
Did teenagers in the USA in the 1960s and 1950s really engage in dangerous, reckless driving to this extent?
14
What kind of football was played in 645 Japan?