Where and when were air guns used in a major battle?

In the 18th century some European armies had air guns at their disposal. I remember that during some major battle sharpshooters from Tirol used air guns to deadly effect on the troops of the opposing side. Where and when was that battle fought?

One example of air gun is the Girandoni.

There is little evidence for the use air rifles on a large scale in battle, though they were used by sharp-shooters from Tyrol in the Austrian army in battle from at least 1789 at the Siege of Belgrade; despite some advantages, they presented too many battlefield problems and fell out of use by 1815.

was adopted for use in the Austrian army, where it was called a Windbuchse (literally meaning "wind rifle" in German). The rifle was in use by the Austrian military until around 1815 and was used against in battles against the Turks. Japan and France were also other users of this type of weapon. 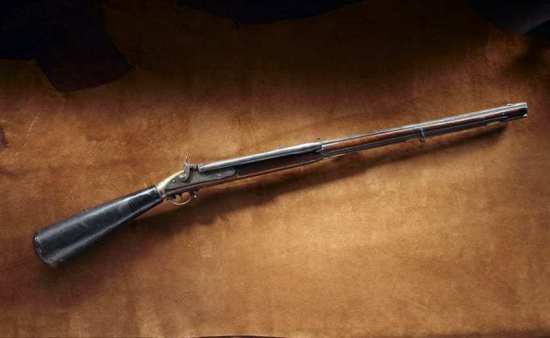 The weapon was initially issued to Austria’s fusilier regiment but

Rough handling and improper maintenance caused frequent malfunctions. Thus, Emperor Joseph had his secret weapons redistributed to specifically trained Tyrolean sharpshooters who better understood how to care for these rather delicate weapons.

During Austria’s 1788-89 war against Turkey and a 1790 fight with Prussia, the Girandoni air rifle was used extensively and proved itself in combat, offering a high rate, reasonable accuracy, and lethality, without generating gun smoke or muzzle blast. One Tyrolean sharpshooter report noted, “These weapons were really accurate and effective.”

Although the attributes of the rifle are not contested by other sources, when and where (and how widely used it was) leads to some disagreement. No source disputes they had been issued to Austrian troops, as Plaster states, in the 1788-89 war with Turkey. However, the adversaries spent most of 1788 avoiding each other on the battlefield. After the Battle of Karansebes (1788), 20 air rifles were captured by the Ottomans, but this was a friendly-fire incident and the Ottoman's didn't arrive on the scene until two days after the 'battle'.

According to this well-referenced article, it was shortly after the Karansebes incident that the air rifles were assigned to the Tyrolians.

...it was deemed wise to take back the airguns and issue them only to select, specially trained Tyrolean sharpshooter units. The last order given by the Emperor prior to his death was “to select the most promising and skilful soldiers to use these guns.”

Given that it was a select few, and given the expense and complications involved in the use of these air rifles, Paster's 'extensive use' seems to be an overstatement, especially as there was little real fighting in 1788.

Airguns were never widely used even when fielded in 1788-1789. Then when Joseph II died in 1790 chances of any wider use was extremely limited. It became a specialist tool.

In addition to the aforementioned expenses and complications, this was in large part because they

could not stand up to field use, with the repeater frequently breaking down and leather seals failing.

Despite some successes, though, the air gun was destined for use in specialist operations only

The next known usage was another attempt of a coup de main at Legnano in 1796 that was a virtual replay of Belgrade 1787. It too failed. The AMA [Austrian Military Airgun] was seen by some in the Austrian military (most importantly Francis I) as a valuable tool for secret night operations.

Whether they were used against Napoleon's forces or not is disputed. Frederick J. Chiaventone and Robert D. Beeman state that, despite what many sources claim, it was not, and that Naploeon's statement about having users of the rifles hanged is fabricated.

The late Arne Hoff, famed arms historian and curator of the Royal Danish Arsenal, and others, have commented that this story, told as the “eye witness” war experience of French General Mortier, has now been quite thoroughly refuted (Baer, 1973). This story may have grown from the fact that many towns, fearing these unfamiliar, terrifying guns - even without any negative incidents, banned airguns.

Not the answer you're looking for? Browse other questions tagged europe weapons battle modern or ask your own question.

25
What was the first battle in history fought by vast-majority-% "distance-shooting" non-mechanized force?
16
Did any armies systemically favor axes/hammers over swords?
6
Did medieval commanders exchange words before battle?
14
In what European countries did non-hereditary nobility exist? (XVII-XIX centuries)
12
What happened at the Battle (or not?) of Luding Bridge, during the Long March of Chinese Communists in 1935?
13
Were groups (or 'companies') of dogs used to attack enemy armies in medieval battles?
11
Were railway guns ever critical in any battle during WWI and WWII?
23
Who was the last European king to actively engage in combat?