Is the person in this “Yellow Peril” NZ cartoon Maori? 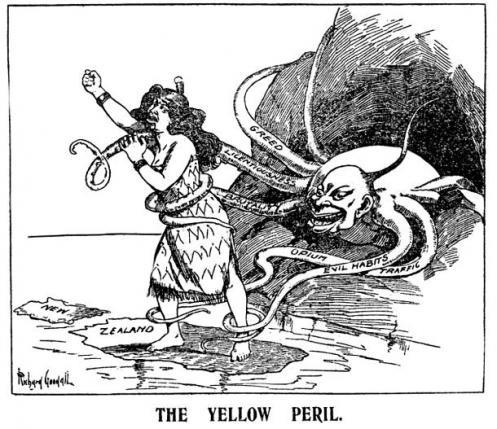 In this anti-Asian 1907 NZ cartoon, is the person being entangled by the octopus in this cartoon meant to be Maori?

The clothing and long hair suggest it's not a white New Zealander (pakeha), but I assume that more likely than not, people with an anti-Asian prejudice from that time would regard Maoris as inferior to whites. Should I interpret the figure as a metaphorical representation of NZ, one that'd be used even by people who'd be prejudiced against Maoris?

Browse other questions tagged 20th-century new-zealand or ask your own question.

3
What factors enabled the New York Journal to survive the yellow journalism wars?
14
Why is Finland represented as a Soviet satellite in this 1947 cartoon?
26
How many different countries could a person alive today have lived in without leaving their hometown?
7
Which method of telephone calls was more popular: station-to-station or person-to-person?
9
Why were the Yellow River dyke repairs delayed?