In post-WW2 Soviet Union, did most people have bank accounts?

Did most citizens in the USSR have bank accounts? How did they work? Plain checking accounts, or was credit allowed? Were banks open 7 days a week like non-religious government is supposed to? Was there a monthly fee for owning an account?

Most families had one or several bank accounts. Sometimes one account for a family was enough, but often older relatives (grandparents) wanted to keep money on their own accounts. 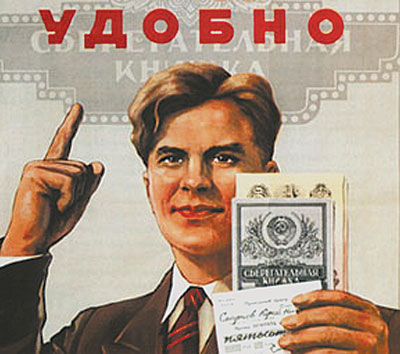 There was no credit on bank accounts, but one could take a loan for certain purposes such as buying things or building a house. These were not connected to bank accounts though. The interest rate for bank accounts was usually 2% annually for call deposits and 3% for fixed term deposits. 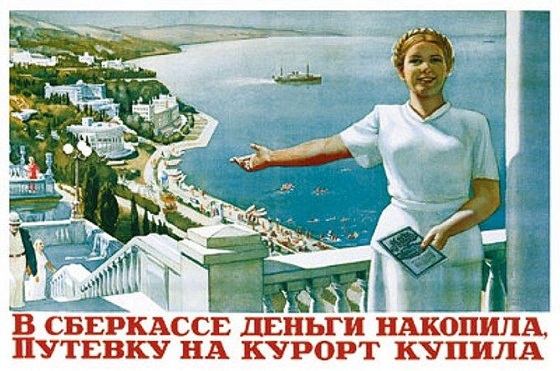 Bank offices were usually opened 6 days a week, but at Saturdays they closed earlier.

Savings book (account book) from 1950s, the design kept essentially unchanged till the collapse of the USSR, but the current design is still very similar. In the 1970s the records were started to be printed rather than written by hand. 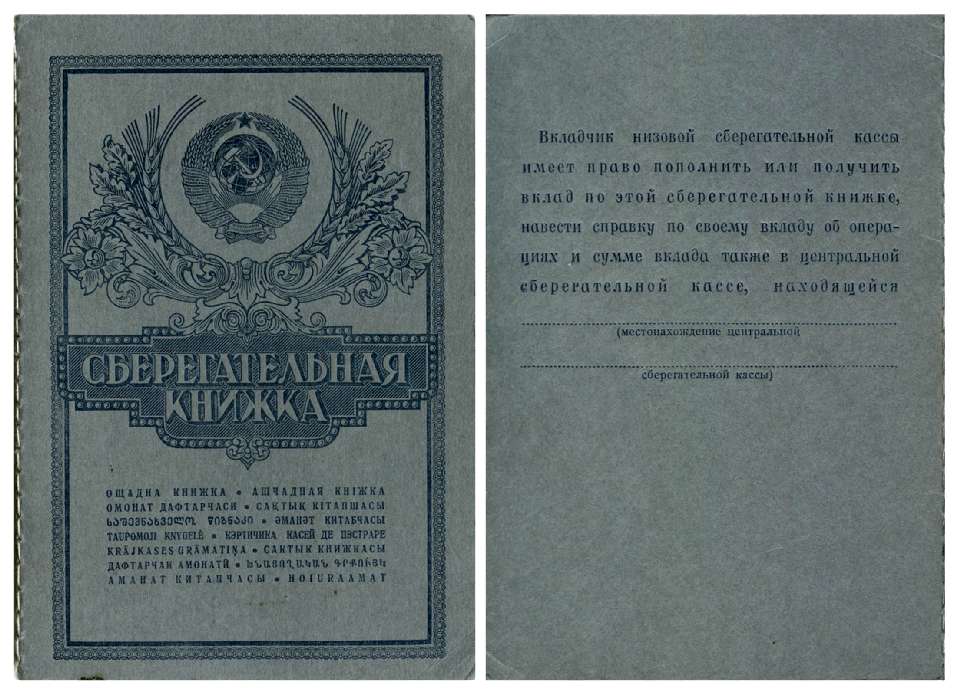 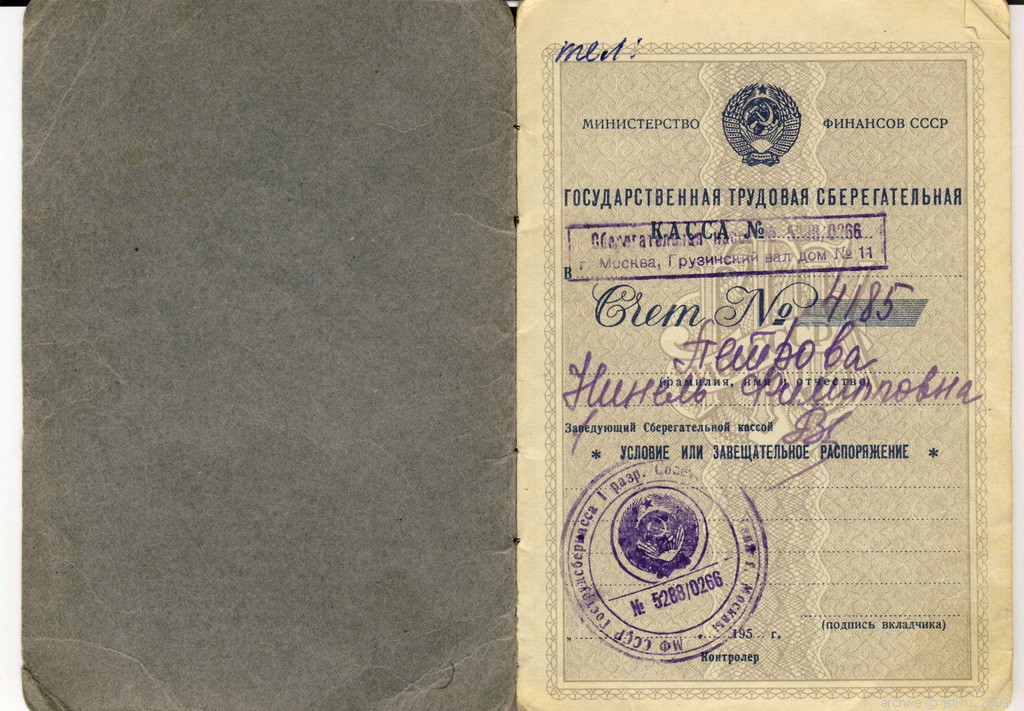 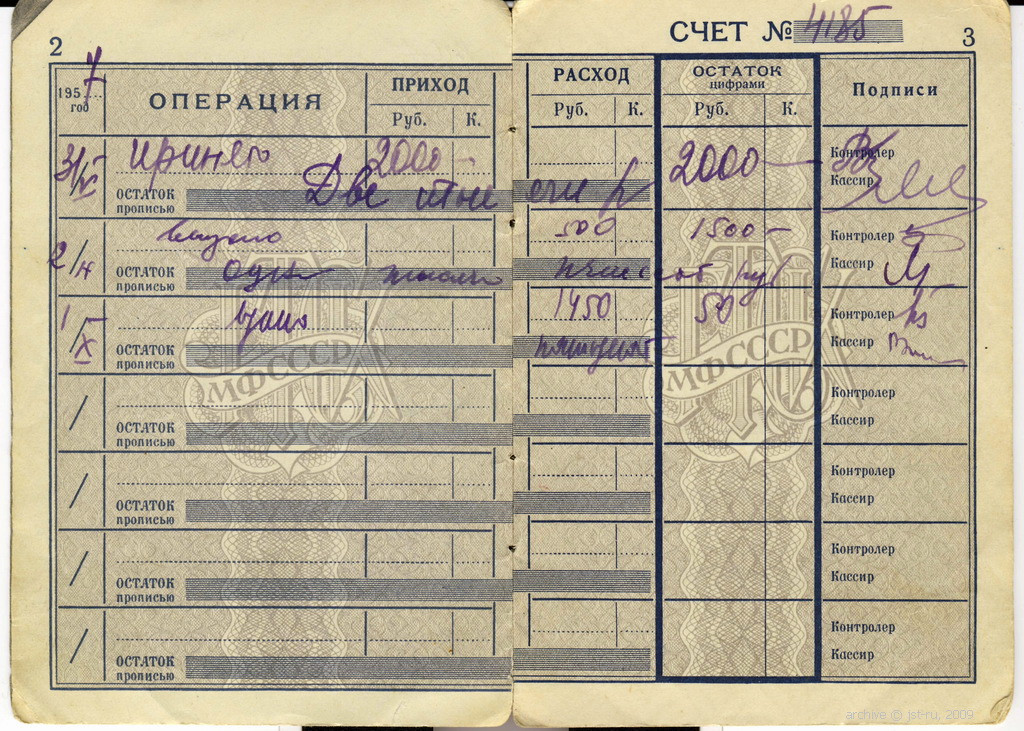 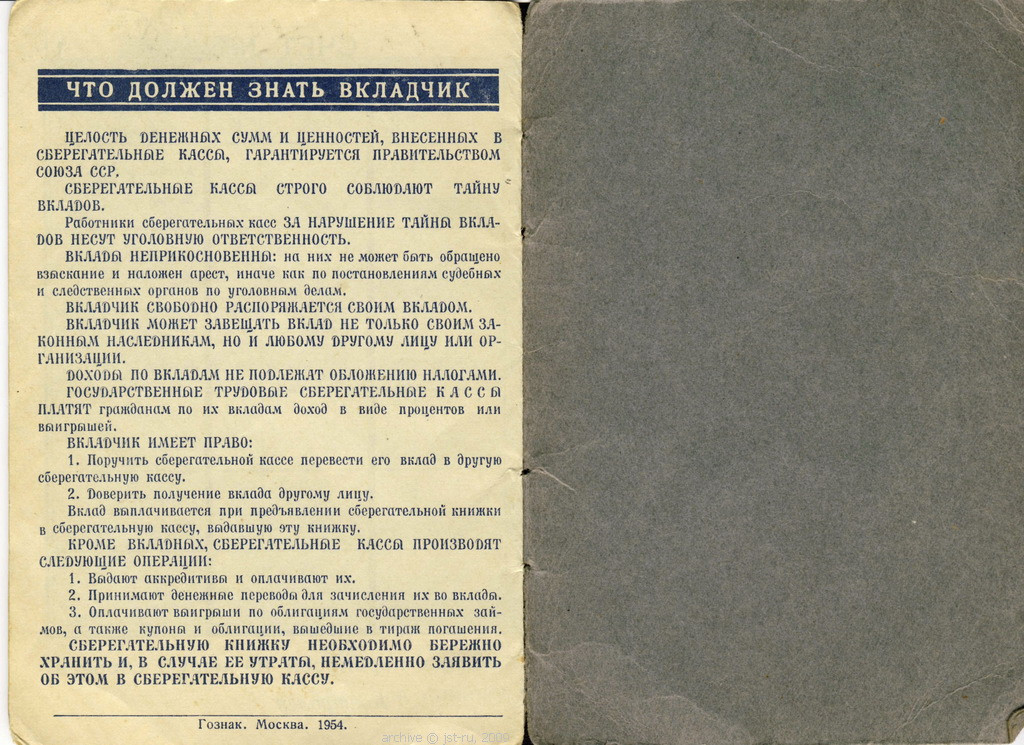 P.S. I ignored the part of the question about "checking accounts" because I just do not know what it is and did not understand the question. Now, after some comments clarified the thing, I think bank checks is a strictly American thing, from movies. No bank in Russia allows bank checks even today, this thing is simply unknown in Russia.

First, to make it clear, there was a single bank in USSR which worked with personal accounts: Гострудсберкассы СССР (i.e. state workers' savings "Kassen" of USSR - the word "bank" was apparently missing), which in 1987 was renamed to Сбербанк СССР (i.e. savings bank of USSR).

In the 80s, certainly, yes. But it's a known fact that the number and sum of personal accounts in USSR was constantly rising (faster than both inflation and population growth). So your assumption may not hold for the whole history of USSR.

I tried to do my own (very) rough estimates based on data provided by sberbank-history.ru, which suggests that it holds only for the 1960s and later.

Well, if you mean cheque books, then Soviet people didn't use them. So there were call deposits (along with usual deposit accounts, of course), rather than checking accounts. (That book showed in @Anixx's answer is really a passbook, not a cheque book).

Also there were no credit accounts for persons, but loans for purpose were available. But it should be noted that Soviet state always was both lender and employer, so all credit payments were taken directly from your salary, just like income tax.

Damn, that was a huge problem for all Soviet people - almost nothing worked on sundays. Seven days a week? Forget it.

There could be a few functioning ATMs somewhere between 1988 and 1991 (different sites point at different years without a proof), but significant numbers of ATMs appeared only after breakup of the USSR. Sberbank claims it has functioning ATMs in Moscow since 1993 - seems like the earliest date.

Not the answer you're looking for? Browse other questions tagged soviet-union or ask your own question.