A couple of years ago, I had the good fortune to ride along the Appian Way and admire the old tombstones still standing along the old Roman road. (Highly recommended for any Roman history buff!).

I noticed that on the Tomb of the Priestess of Isis, referring to one of those interred, Usia Prima, there are two symbols beside her head.

What are they? The closest I've found is when they were mentioned in one of recent BBC documentaries as "symbols of the cult of Isis", but that is pretty vague. It was either Alastair Sooke in Treasures of Ancient Rome or Mary Beard in Meet The Romans.

Do we know precisely what these are and what their meaning and use was? One looks like a ratchet and the other like a wreath, but that is a totally wild guess on my part. 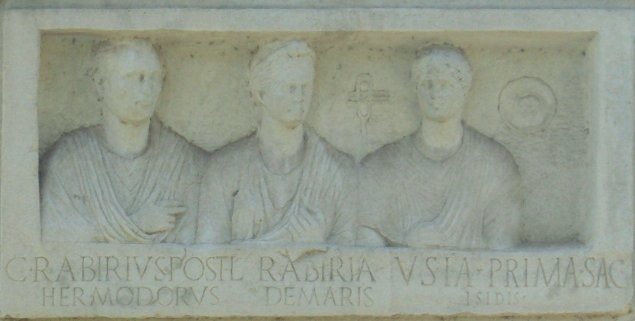 It's a sistrum and a bowl (patera or phiale) used for libation. The sistrum, a musical instrument used as a rattle, isn't restricted to the cult of Isis; you may encounter it also in the context of the cult of Mithras, too. See also the Encyclopedia Britannica on the sistrum.

For the sistrum, cf. this statue of Isis:

For the libation ceremony, cf. this statue of a priest in toga offering libation: 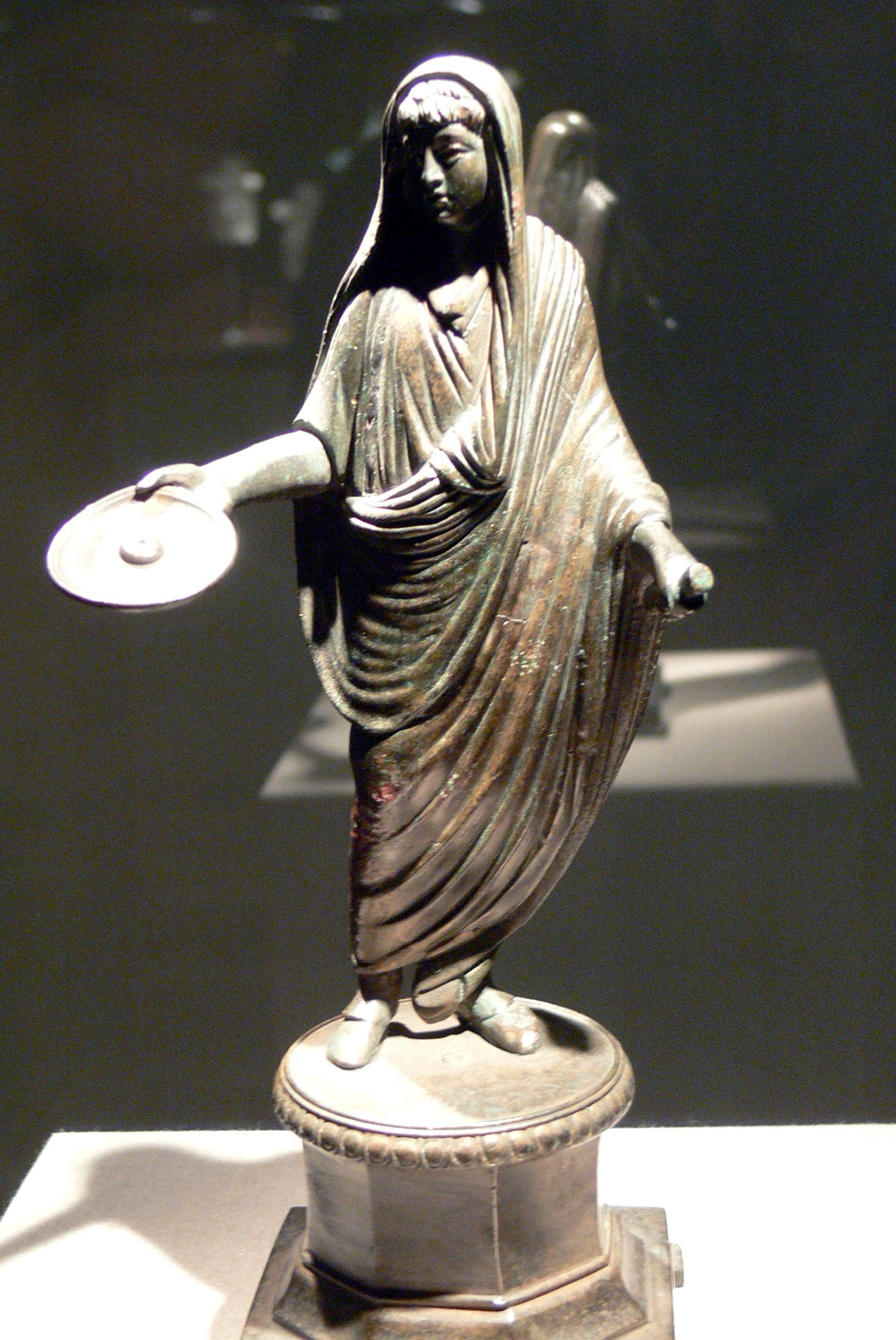 22
What role did the Eastern Roman Empire play in the fall of the Western Roman Empire?
6
What are the dimensions of this pomerium marker?
10
Did any prominent Romans openly question the crucifixion of 6,000 slaves along the Appian Way following the defeat of Spartacus?
6
Why didn't the ancients produce purple dye via admixture?
5
What is the meaning of the quadruple symbols combination on a possibly Roman monumental piece?
18
What was the importance of the patrician class in the Roman Empire?