What do the four castles on the flag of Ibiza represent?

The flag of Ibiza consists of four horizontal, red stripes on a yellow background. Each corner of the flag contains a seven-tower castle above a wave. 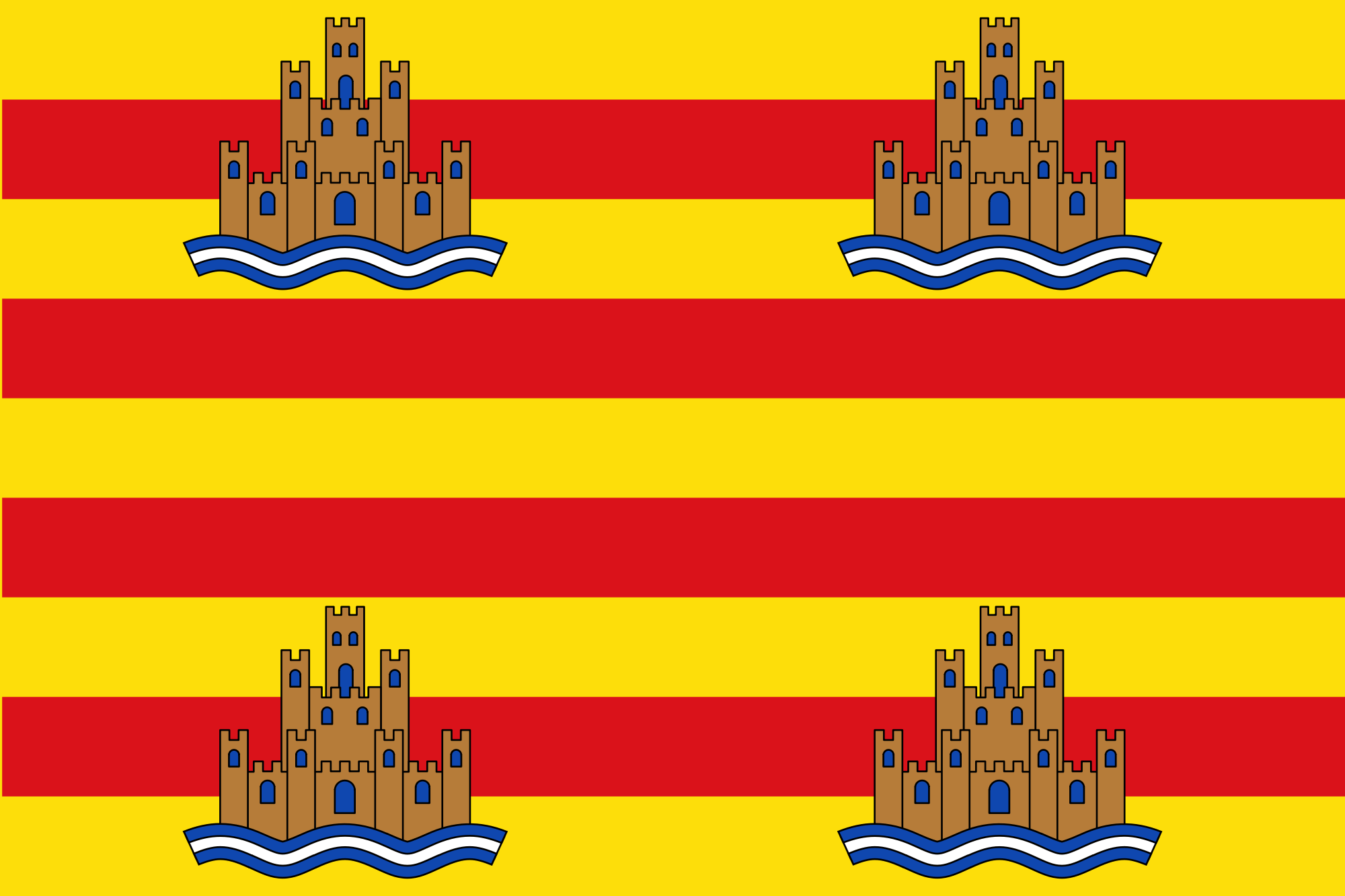 What is the significance of the four castles? Were there four famous strongholds in the history of Ibiza?

The flag of Ibiza features the flag of the Crown of Aragon with four castles over the sea, in allusion to the four quartons the island was divided into after its conquest.

Quartó (plural quartons) was the Catalan name of each of the four quarters the island was divided into after the conquest of Ibiza and Formentera by the Aragonese in 1235 (Catalan Wikipedia article about the quartons here).

Interestingly enough, a couple of PDF documents (1 and 2) at the Institute of Ibicene Studies (Institut d'Estudis Eivissencs in Catalan) mention that according to official documents from the time of the flag's creation in 1979, its basis had been an alleged flag of the ancient University of Ibiza (no mention was made of why it had four castles). According to the said institute, there's no trace of any flag of the ancient University of Ibiza either, so in 2007 there was a proposal for changing the flag for another, more coherent one from a heraldic point of view, but was ultimately cancelled.

Not the answer you're looking for? Browse other questions tagged spain flags mediterranean or ask your own question.

9
Who created the Korean Unification Flag?
7
What is the history behind the stripes on the East India Company's flag?
14
What is the flag in this 17th century painting?
11
What flag is this?
7
Did the 49 star USA flag see significant adoption by the American public?
12
What is this flag?
4
Are the Swiss flag and the flag/coat of arms of Piedmont related?