Is this alphabet from tawantinsuyu or is it a modern invention (from the latter centuries)?

I am asking about tawa. When I studied quichua as language, I was told that quichua was not written. However here, in Ecuador, I found many sources (the main one is a magazine delivered by Amawtay Wasi school of andean cultures) talking about this alphabet.

My question is: Is this alphabet real (in the sense of being used by tawantinsuyu people) or was a new-age invention? Is there any reliable source about its social context (i.e. when and how was it used)?

I'm sorry. I'm not a historian and I'm tired of finding new-age-tainted material.

Any present-tense questions you have probably should be asked on the linguistic stack.

I can tell you that historically the language was not written, and according to Wikipedia most speakers even today don't read and write in that language, due to the paucity of written works. So any written form you come across is probably used almost entirely by researchers. From what I could dig up, it looks like there are multiple competing systems that researchers are using, but all were ultimately derived from the Latin alphabet used by the Spaniards. Perhaps there's a hot new one or two that isn't, but the details are primarily of interest to linguists, not historians.

There was actually one native recording system used in that area by speakers of that language in pre-Columbian times: quipu. It used series of colored string and knots to record information. So if you are interested in the true native "written" form of that language, this is what it looks like: 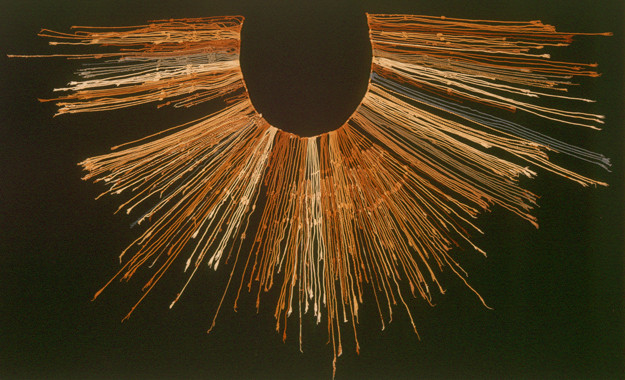 Not the answer you're looking for? Browse other questions tagged language inca or ask your own question.

31
Why did modern “Romania” remain the most “Roman” part of the Balkans?
16
Why was not Greek alphabet adopted by other languages given the Greek influence?
6
What determined the order of letters in the alphabet
1
What are the modern names of the nations mentioned in Ystoria Mongalorum?
9
What does the inscription on this sword mean?
45
When did “&” stop being taught alongside the alphabet?