Did the historic events behind the film The Big Short happen under Glass Steagall?

In this episode of Planet America, the former House of Representatives member Barney Frank made the statement:

My question is: Did the historic events behind the film The Big Short happen under Glass Steagall?

As a bit of background, Glass Steagall was passed in the wake of the Great Depression to prevent commercial banks, or entities affiliated with commercial banks, from speculating in securities. This was viewed as a cause for the financial bubble that kicked off the crash of 1929. Investigations found that banks were doing a lot of underwriting of bad loans, and then pooling them into financial instruments*. Afterwards a bank could be a commercial bank or an investment bank, but not both.

Glass Steagall's "Affiliation provisions" were repealed in 1999 (although to be fair it was being loosely interpreted and worked around as early as the '60's).

The Housing Bubble whose burst was depicted in The Big Short, complete with underwriting of bad home loans and pooling them into financial instruments started in ... 1999. Call it a coincidence if you want. 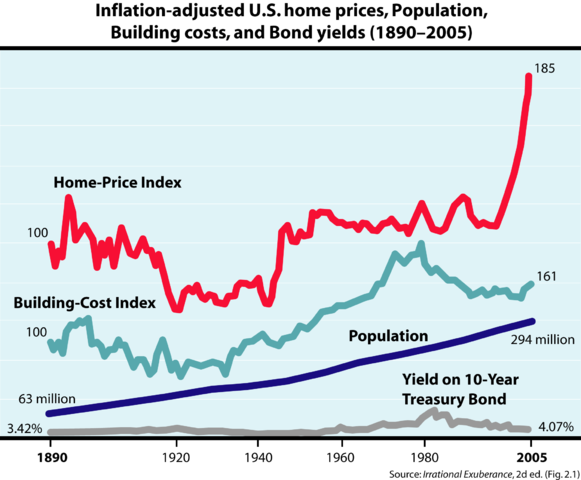 * - Now normally a bank would of course lose money on a bad loan. However, if it is allowed to turn its own loan into a security, particularly by pooling it with other loans, some of which may be better, then it can leach off of the securities market with this bad loan that is still theoretically worth face value.

If you get in a situation where securities values are going up, and more and more people start noticing that and start demanding more of them, then their price will go up almost no matter what's in them. That's a "bubble." In this situation the demand for securities will keep going up, so the investment side of the bank will be putting an immense amount of pressure on the commercial side to generate more loans for the investment side to pool and sell. Few loanees are going to turn down money from their bank, so nobody has any incentive to make sure the individual loans themselves are repayable (or even legit).

It does depend on what you mean by "under Glass Steagall" as it was only partially in place in 2007-8.

The whole point of repealing Glass Steagall was to allow financial institutions to engage in the risky (and initially profitable) practices depicted in the Big Short. This, after decades of lobbying by the banks.

It may not be a coincidence that the two sets of events happened over 70 years apart, after everyone who had a personal recollection of Glass Steagall went to "the big trading floor" in the sky. (Today's "old people" like Alan Greenspan and Warren Buffett were young children when Glass-Steagall was passed in 1932.)

I am writing as the author of "A Modern Approach to Graham and Dodd Investing," a (Wiley, 2004) book that warned of the 2008 crash.

Not the answer you're looking for? Browse other questions tagged united-states finance legislature or ask your own question.

11
How did the central government of the United States finance itself under the Articles of Confederation?
5
Why did the United States under the Articles of Confederation have a hard time getting funding?
4
When did the term “mirror” begin to be used in place of “looking glass?”
6
Did the Kirk-Holden War happen?
3
How did Islamic finance under the early Caliphates profit or take loans if charging interest wasn't legal?