What Merchanht ships were declared as "protected" in WWII for the transferred of Prisoners of War, between warring nations

There is a book "Mercy Ships: The Untold Story of Prisoner-of-War Exchanges in World War II" which covers this topic.

The two principal ships used were Swedish: Drottningholm and the Gripsholm. 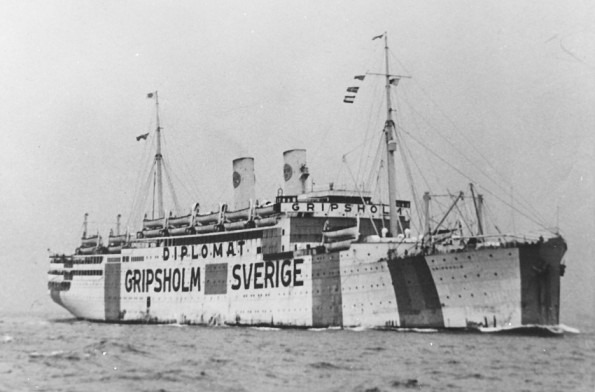 These ships were also used to exchange civilian internees. The total amounts of people exchanged amounted to a few 10s of thousands. In the case of soldiers, it was mostly sick or disabled soldiers that were exchanged.

Not the answer you're looking for? Browse other questions tagged prisoners-of-war or ask your own question.

12
When did the parole of prisoners of war become unacceptable?
12
What kinds of WW2 POWs were treated best?
11
What treatment did Allied Jewish POWs get when captured by the Germans?
14
Did the Czech Legion bring POWs to Czechoslovakia? And if so, why?
6
What happened to Soviet POWs taken by non-German armies on WW2 Eastern front?
11
How did the Swedish army deal with prisoners of war in the Thirty Years War?
8
Can anyone find "War Department General Order No. 207, 3 July 1863" in which "prisoner conduct after capture" was mentioned?
2
What "Treaty of 1785" is referred to in the August 1955 report of the Secretary of Defense's Advisory Committee on Prisoners of War?