Why does the US use MM/DD/YY?

Alternatively: why and when did others switch away from MM/DD/YY, if they ever used it?

I always write out the month name to avoid ambiguity.

Update: Since it came up in the comments, I'm asking about humans, not computers.

Note: There's already a question which includes this, but the answers focused on the metric system. The normal reason for the US hanging onto the Imperial measurement system, an install base untouched by WWII, don't seem to apply to a date format.

The US Army had standardized dates as Month day, year by the War of 1812; I've recently been going through record books, and the clerks are consistent. Federal records published during the 1830s are consistently in this format. For example, see the records of Prize Money awarded for the Battle of Lake Erie, as published in American State Papers: Documents, Legislative and Executive, etc. series 23, 1834.

Older documents, and British records, are mostly Day-month-year, which makes the US Army and the Federal Government the innovator.

OTOH, Civil records are mostly DD-Month-YYYY "this day Detroit, 7th February, 1813.", and continue this way into the 1830's, where both systems are found in court records, receipts, and family bibles. You can see the change occuring in family registers. 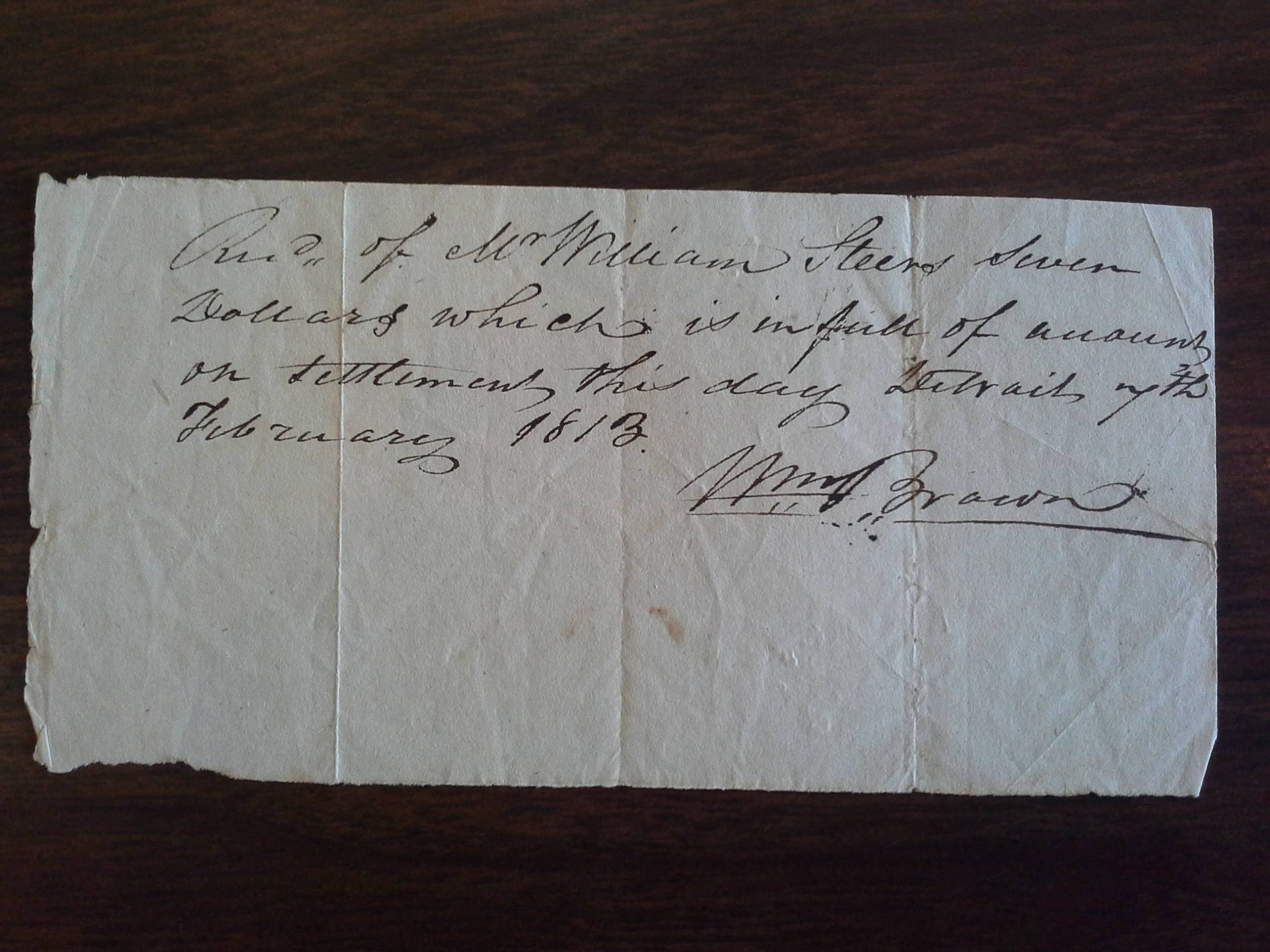 By the late 1840s, at least in Michigan, most records, federal, local, and personal, have gone to the Month day, year format. You also see the decline and disappearance of the long s from the script.

Not the answer you're looking for? Browse other questions tagged calendar or ask your own question.

89
Why does the United States keep using “old” date representations and imperial system, while being in the minority?

11
Why did the start of the Roman consular year move?
10
Who uses a pre-“Gregorian” calendar and why?
89
Why does the United States keep using “old” date representations and imperial system, while being in the minority?
18
Why does Japan celebrate the Gregorian New Year but China still celebrates Chinese New Year?
11
Why does the Gregorian calendar start where it does?
14
Why is the leap day on February 29th?
8
Which calendar to use in English for non-European countries?
3
Why have both July and August 31 days?
2
Correspondence between the modern and the antique calendar
0
Which year was the first leap year?