If their growth rate was comparable to the rest of the world over the past several millenia, then was it only a matter of having a "head start"? (If so, then how did this initial condition come to be?)

If their growth rate was higher than the rest of the world at times, in which periods were this the case, and for what attributable reasons, if any?

Did sanitation, hygiene, and medical culture and technology unique to East Asian culture have any discernible impact?

Expanding on @MonsterTruck's comment above, China (especially the east part) is really good for food production. According to Wikipedia's list of countries by agricultural output China has 17 per cent of global agricultural production today, compared to around 7 for the European Union, 7 for India and 4 for the United States. I would expect the construction of those numbers to be a bit dubious (I did not check Wikipedia's source), and technological change means they certainly were not exactly the same even 50 years ago, much less 5000 years ago, but they give a picture that points towards the importance of food production for population density. Of course, we must add in the fact that China has been "civilized" for several thousand years, with sophisticated infrastructure construction and division of labor, but the fact remains that cultivating rice (might be some relevant info in Wikipedia article - did not read through it, but check "comparisons to other staple foods" and the history section) is one of the most effective way to get maximum calories out of a given piece of land. 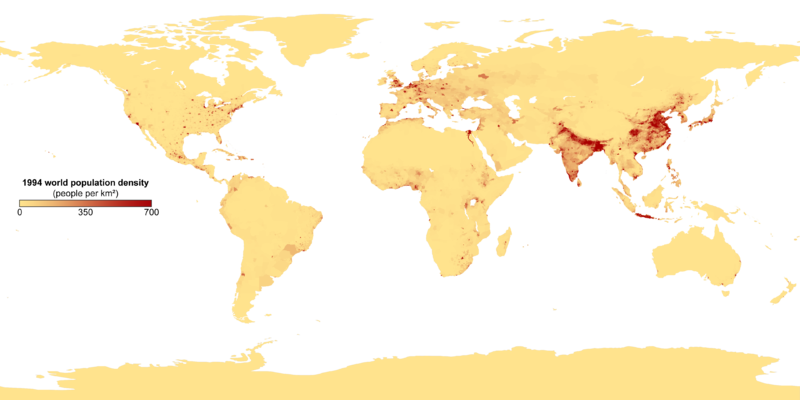 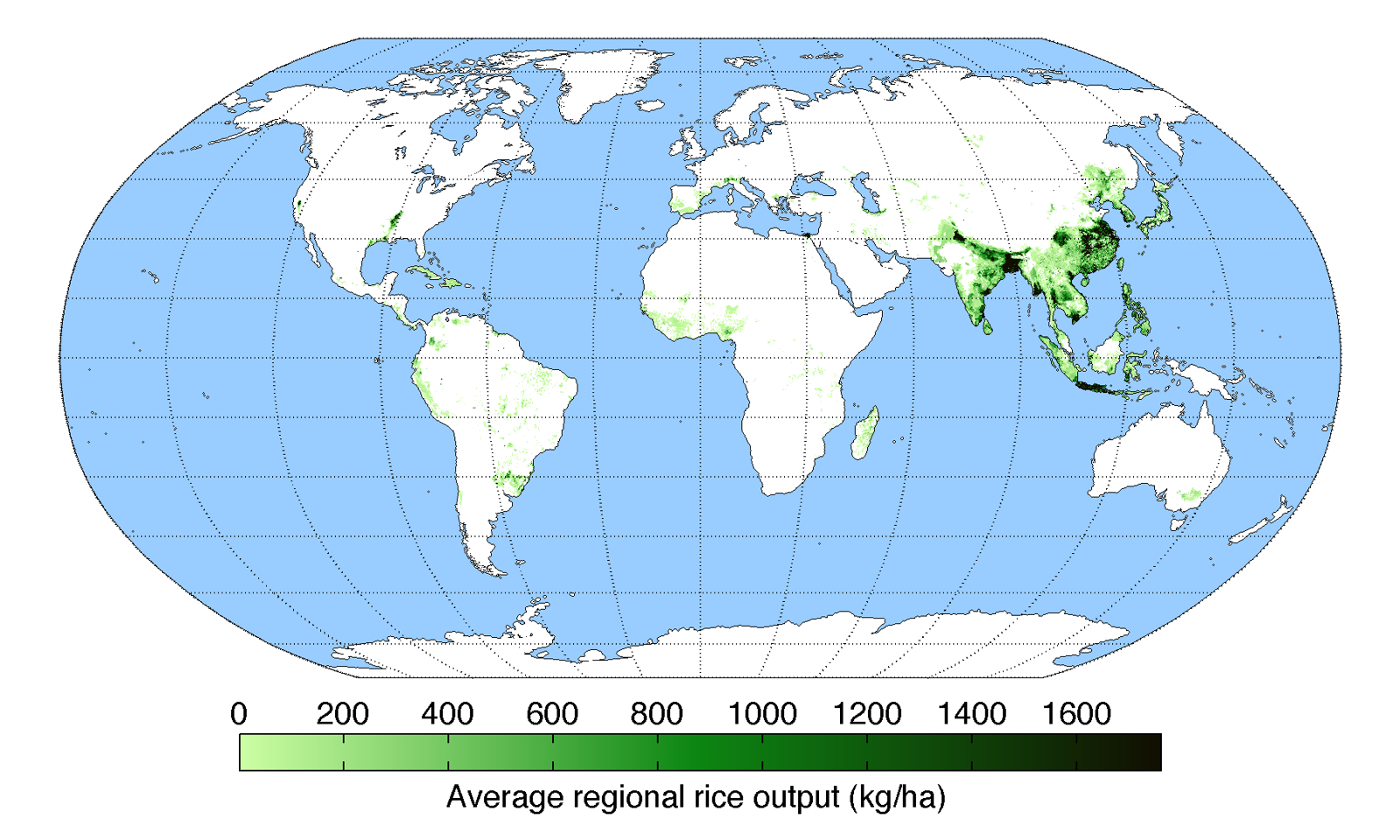 Of course, the maps do not prove cause and effect (areas with high population are likely to produce more rice, even if it is exported). But it at least hints at the importance of rice for population density

China is the world's third largest country in size, after Russia and Canada. The latter two are further north, much colder, and less hospitable to population growth.

China is one of the world's oldest civilizations. Others, such as Egypt, Babylon, and even India are much smaller in size.

The combination of large land area (in a mostly temperate climate) and old civilization has helped make China the world's most populous country. Only the United States and Brazil have similar advantages of temperate climates and continental size, and they are much younger countries that have been "settled" for far less time. You might also put Australia in this category as well.

It is worth remembering that in early China, the available primitive strain of rice wasn't so different in terms of productivity to wheat. Chen-tsung (968-1022), a Song emperor, ordered a new strain of rice from Cambodia and Vietnam, called Champa, be brought in. It shortened the ripening cycle from 180 days to 100, and later selective breeding further lowered this to a mere 60 days. A highly disciplined bureaucracy made possible distributing didactic pamphlets to the peasants, which ensured they understood the new agricultural practice.

Li-Yuan (566-635), one of the greatest of the Tang emperors, is also credited with bringing in a new, more productive, strain of rice, as well as with an agrarian reform that redistributed land to peasants equitably. The Tangs also profited very much from the Grand Canal, built by the last emperors of the Sui dynasty, which contributed to food security in mainland China. At 1000 miles, it is the largest human-made waterway in history.

It is estimated that between 600 and 1200, China's population rose from 45 million to 115 million. It is worth mentioning that none of these policies would have been possible if China did not have a huge and centralized state.

I could add a few

Ancient chinese cultures measure prosperity by population growth. The idea is if you govern well, people will come to you (like people flocking US and capital flocking Asia).

This measurement of prosperity is actually quite natural. Ask any biologist what success means for an organism and it'll say something along reproductive success.

Kong Fu Chu beliefs that having children and grand children is good. In fact, it's something along obligation. Your parents create you so you create grand children for that.

Not much sexual restriction. Concubinage is okay. Prostitution is okay. Polygamy is okay. In western civilization, no matter how rich you are you only have 2.5 children.

In China the rich have as many children as they can afford.

Unlike Arab with strong anti sex outside marriage laws, getting mates and producing offspring may be relatively more peaceful and apolitical in China. It's more economical rather than political.

Just get rich, and grab concubines/wives. That's the chinese way to reproductive success it seems. No monogamy terms. No religion telling you it's wrong.

In Arab, you got to fight first and control the religion before you can enjoy such package. If you're a member of minority religion like Christianity, then tough. Sex is too politicized in both Arab and in Europe. In China, reproductive success is pretty much market based.

In europe, the poorest actually make more children and that is something I am still puzzled till now.

Not the answer you're looking for? Browse other questions tagged china medicine demography or ask your own question.