Who's this Egyptian woman?

I was wonder who this woman was. It isn't Nefertiti, so I was wondering if this was Isis or Cleopatra or perhaps anyone else, I'm unsure.

The symbol on her head is a snake and she's just holding a decoration lamp. 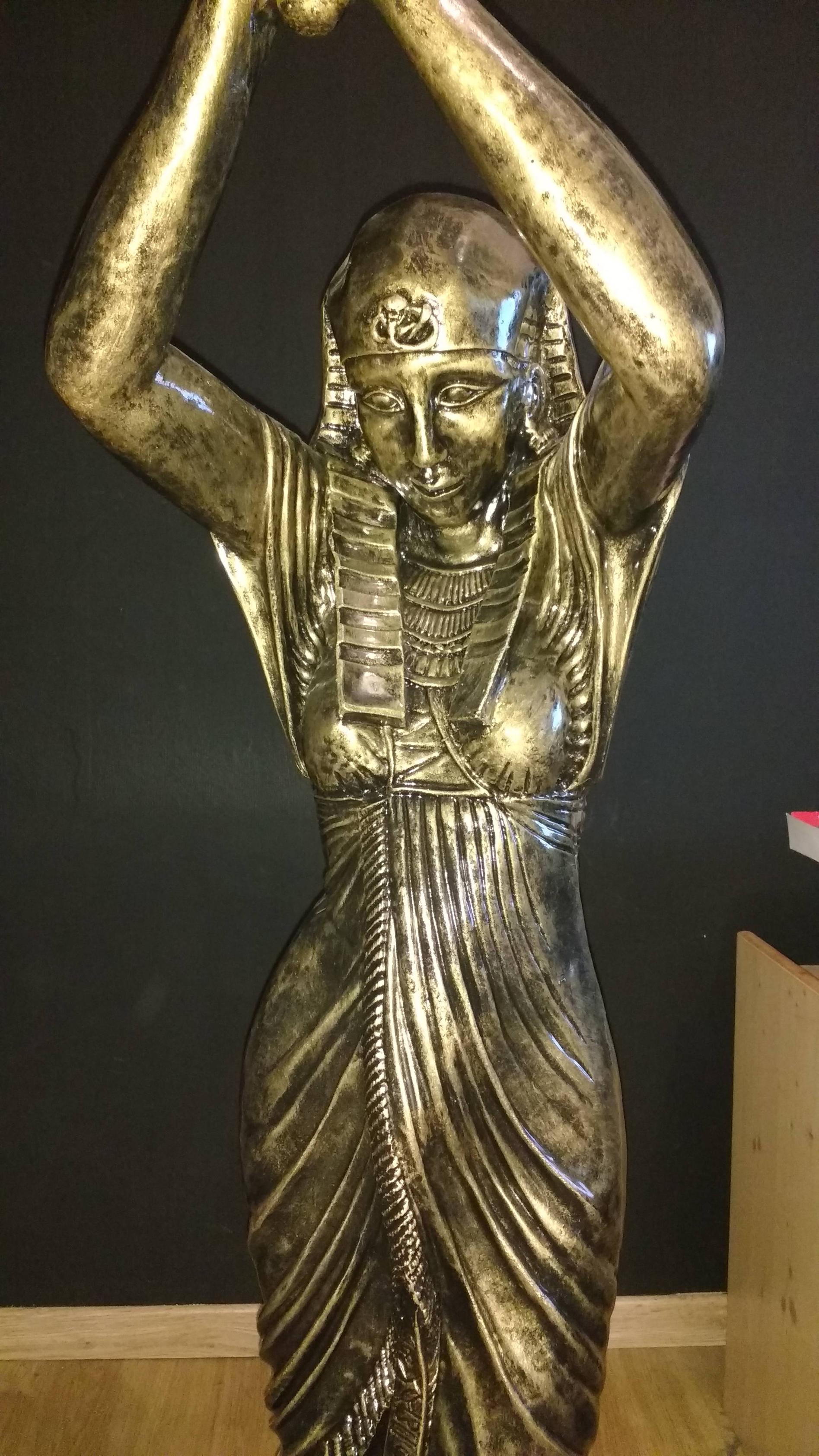 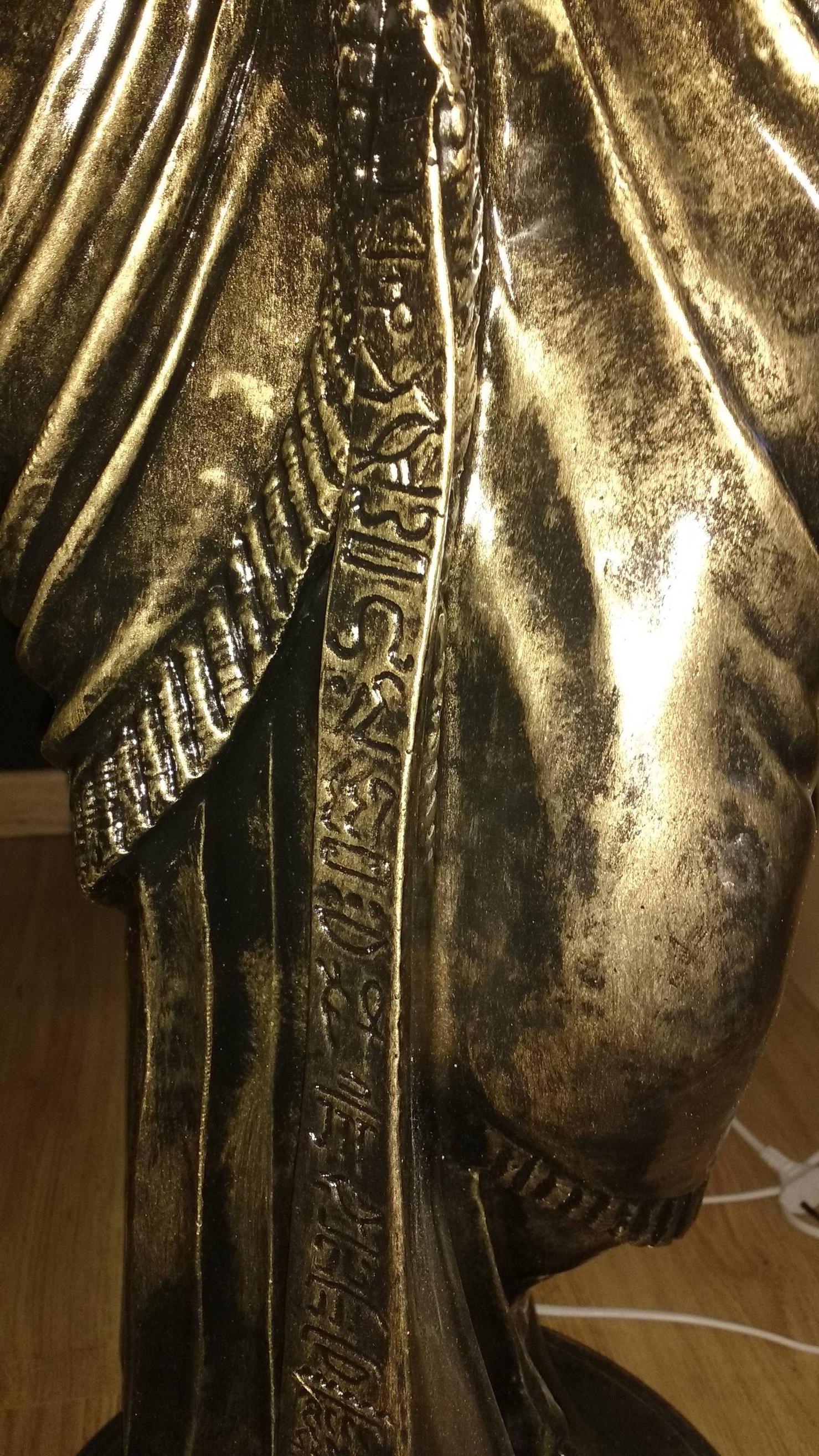 EDIT: For people who misunderstand: I know it's not authentic nor am I asking if it is or not. I just want to know who the woman is.

ancient-egypt identification
Share
Improve this question
edited May 26 '16 at 8:04

The snake isn't just a snake, it's a defensive cobra known as Uraeus, and the woman depicted by this statue is may be Wadjet, an Egyptian goddess, whose symbol Uraeus primarily was. According to some newer mythologies, it was Isis who created the first Uraeus.

The Uraeus could have been added on the mask of important mortals as well, so Tutankhamun had one on his mask, too. So there's some chance that it could have been any important enough woman in the ancient Egyptian history. The inscription probably makes it clear who the woman is supposed to be.

The body is clearly a modern attractive woman – no woman on the old Egyptian statues was in such a good physical condition and so realistic – so the piece isn't supposed to be a replica of any ancient Egyptian sculpture.

Not the answer you're looking for? Browse other questions tagged ancient-egypt identification or ask your own question.

5
Who discovered cancer in Egyptian mummies?
9
How much Ancient Egyptian survived into modern Coptic & Egyptian Arabic?
6
What were Egyptian rulers called before the honorific title "Pharaoh"?
1
Who's the artist behind this popular painting?
5
How did thieves get into Egyptian pyramids?
5
Egyptian funeral procession: what are these people doing / holding?
3
Ancient Egyptian hieroglyphs jʿr.t (iaret)
12
What is this ancient Egyptian material called "maklalu"?
3
How old was the Egyptian calendar system?