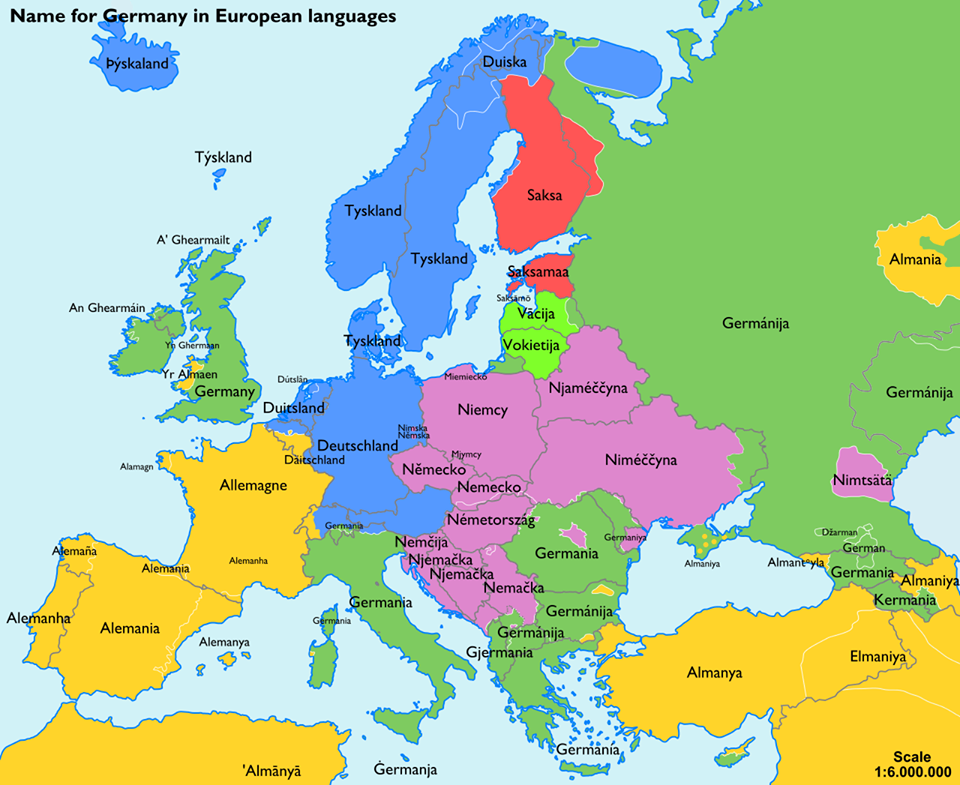 14
Why do some countries call Germany "Alman" too?
61
Why are the German and French languages so different?
33
When did Germans begin to call themselves "Deutsche"?
11
How did it happen that countries and cities got different names in different languages?
0
Why is the English name of the country "Russia" not spelled "Rossia" (with the letter o)?

11
How did it happen that countries and cities got different names in different languages?
16
Why was not Greek alphabet adopted by other languages given the Greek influence?
61
Why are the German and French languages so different?
6
Why did Icelandic begin to diverge from the Continental north Germanic languages specifically between 1050 and 1350?
18
Why were Germanic languages able to spread over much of northern Europe after 500BC? Did they mostly replace Celtic?
9
Why are Quebeckers different from Acadians?
47
Which European Languages are not Indo-European?
24
Has there ever been a truly bilingual country prior to the contemporary period?
5
Were there attempts to rename the French language Prussian order Pour le Mérite, why was it never Germanised?
3
Why do many Indian Languages have different alphabets?