What was normal attire for Hindu kings in the 15th century?

I was reading through "A History of India" by John Keay when I came across a few paragraphs which talk about Hindu kings' attire (or the lack of it) in the 15th century. Travellers like Ibn Battuta, Marco Polo and Abdur Razzaq gave evidences in their accounts for the native non-Muslim kings wearing little to nothing at all, women going about the streets with bare breasts, etc.

These accounts seem to specifically refer to the hot Southern parts of India. What about North Indian rulers? Were the Mauryan and Guptan rulers unused to clothes too? And in South India, could we ascertain when (non-Muslim) rulers started clothing themselves? How about the Vijayanagara kings and the Maratha kings, Shivaji and Shambhaji?

South India has had a vast number of kingdoms , each having its own variety and having being influenced differently from other kingdoms , in culture , custorms , religion , art , language and of course the attire of all classes of society.

So it's not wise to put them in one general basket called south india.

Since it is not possible to quantitatively analyse all the kingdoms , let me consider a few notable dynasties that have reigned this region over a period of few centuries.

Travellers like Ibn Battuta, Marco Polo and Abdur Razzaq give evidences in their accounts for the native non-Muslim kings wearing little to nothing at all.

Yes to some extent, you are right , the south indian kings of the chola dynasty in the 12 to 14 century AD, did not clothe their upper body, as evident in the portrait of the famous Chola king Rajendra Chola I 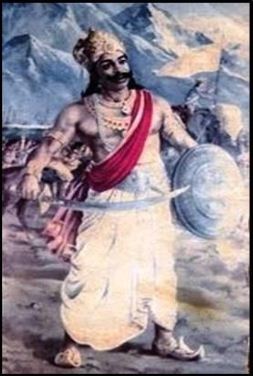 Here is a depiction of a King known as Cheraman Perumal from the Chera Dynasty , who were in power till the 12 century.

So yes in short , certain Kings up to 13 - 14 Century AD , from various kingdoms, were bare chested , but in no way , "wearing little to nothing at all" , and in my opinion they were quite "properly" dressed .

What about North Indian rulers? Were the Mauryan and Guptan rulers unused to clothes too?

These kingdoms range roughly in the time period of 600 BCE to 100 BCE , little is recorded about the attire of kings during this period (or atleast whatever i could find was not sufficient).

The Gupta king Kumaragupta I , depicted in the coin below , appears to be bare chested , and having a similar attire of his south Indian counterparts , centuries later. 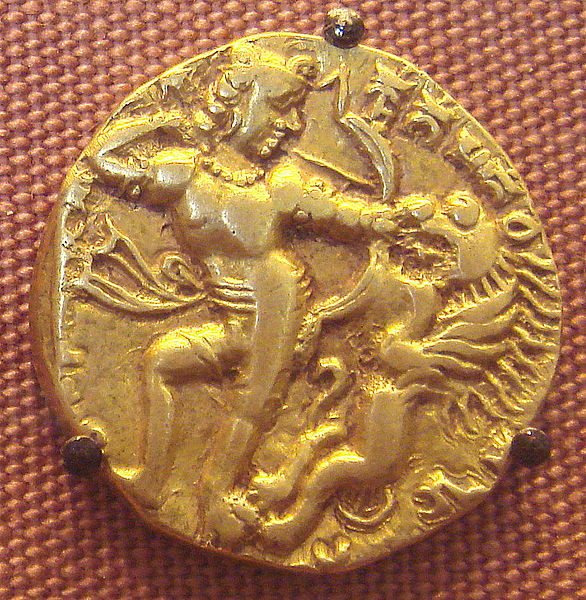 And below is the sculpture of the famous Mauryan King Ashoka , who according to me was one of the first indian king , to have a firm hold on all the Indian states , till the british conquered India , as a whole once again , after nearly 2000 years.

The Attire of Ashoka , is similar to the Gupta kings , having no cloth on the upper body but having an elaborate neck ornament.

For the first time India(the majority of it) has one single Emperor, this is a major opportunity , for the Indians to finally have a unified culture and tradition , this includes the attire. But the unified period is not long enough , to achieve this. 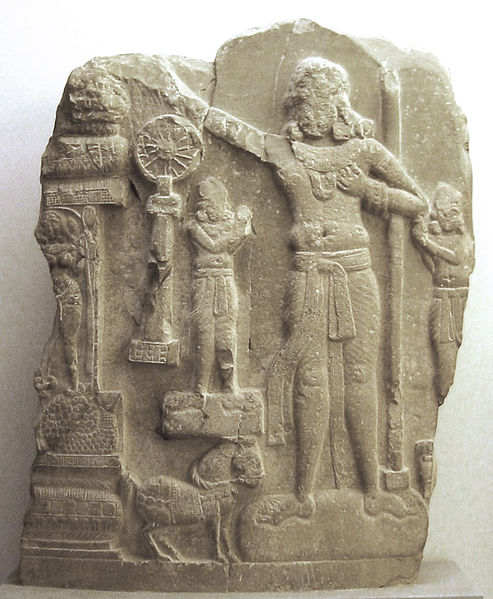 How about the Vijayanagara kings and the Maratha kings, Shivaji and Shambhaji?

Here is the portrait of King shivaji. 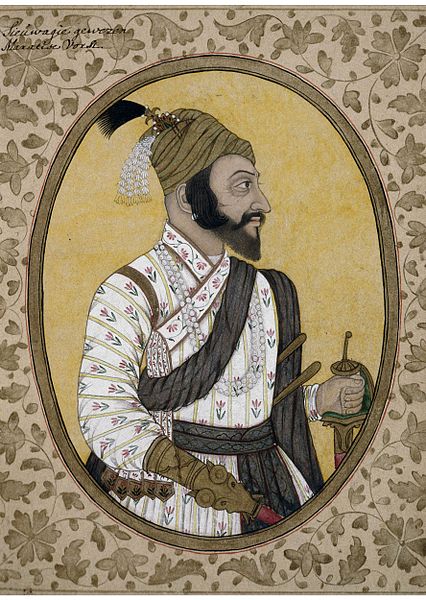 By the time of 15 Century , all the kings of india , by now under the influence of the mughal emperors , and later under influence of portuguese , and the dutch , who were the first europeans to arrive before the french and english , had started to change their appearance , they wore dresses , which showed foreign influence , but which did not completely lose the traditional touch.

Here is the statue of the famous king Krishnadevaraya , who ruled the prosperous Vijayanagara Empire , which encompasses , almost the entire region of south india. 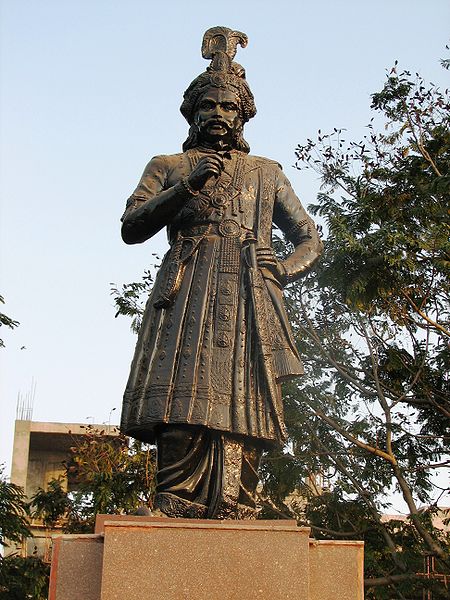 From this point on (till date) , almost all kings of both North/South India , had a similar outfit.

Have a look at the present King (ceremonial only king) of Mysore. 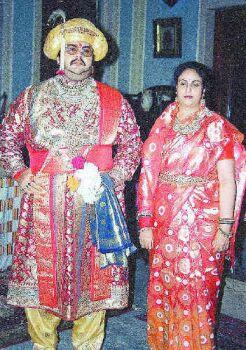 As it is visually clear that the 21st century royal attire has undergone only a certain number of changes from its 15 Century counterpart , preserving the overall basic structure.

Not the answer you're looking for? Browse other questions tagged india fashion or ask your own question.

5
Was the painting of men's nails a rare practice in the mid-20th century?
3
Was the Dargah Shrine at Ajmer built over a Hindu temple?
5
Where is the Hindu law/instruction of Cremation?
23
How common was smoking in first half of the 20th century?
1
What do these lines on the origins of Hindu/Muslim communal consciousness mean?
5
What was considered utility clothing before WW2?
25
What was the 1970s name for skinny jeans?