Why China government used military and tanks against students on Tienanmen Square in 64 incident? [closed]

Refer to Tienanmen Square protests of 1989 that happened on 1989 June the 4th. 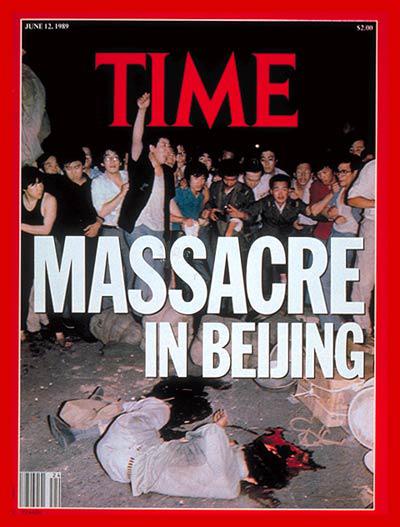 The students at the Tienanmen Square were just a bunch of confused kids, mired in internal bickering, rapidly loosing steam and unsure of what to do next when the massacre was about to happened. They certainly didn't look like a group of people capable to overthrowing the government, or incited others to do that. 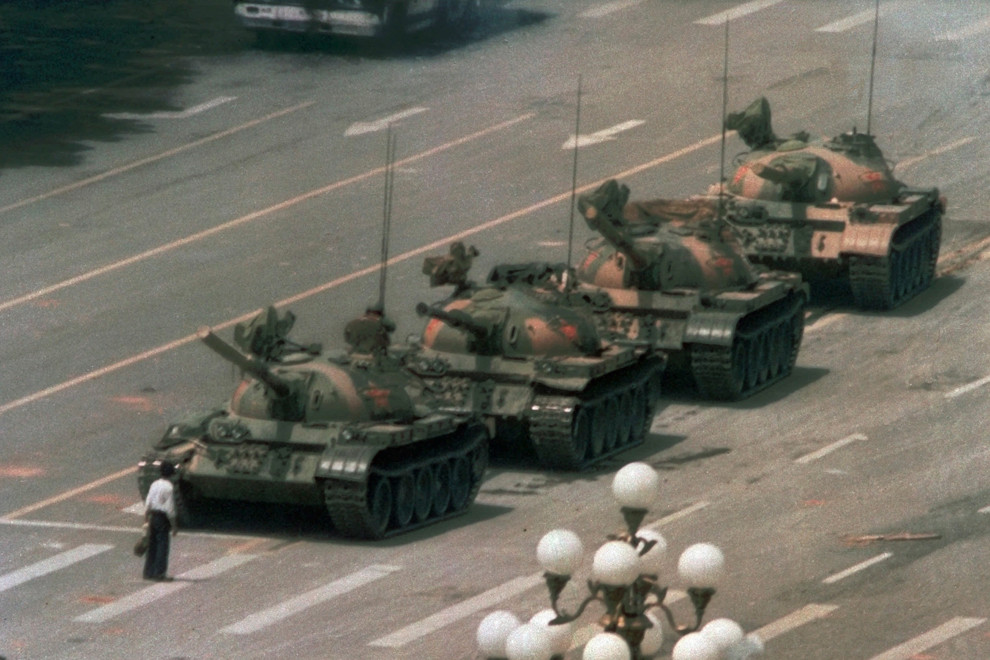 Why then, the China government still used military and tanks to crush them, resulted in many loss of lives and world-wide condemnation? Can it not just use tear gas to do the job? Or maybe the point of the massacre is not about the students, but rather to send a message to the opposite warring party in an internal power struggle?

Chairman Deng Xiaoping, de facto leader of China at the time and architect of the decision to use martial law, delivered an address to his military commanders June 9th, 1989 a few days after the protests had been crushed. In summation, this was not viewed as just a student anti-corruption protest, which he considered an acceptable grievance, but as a counter-revolutionary rebellion lead by "bad people". Whether he truly believed this was a malicious threat to his country, or a clever bit of political slight-of-hand, I do not know.

Here is the relevant opening paragraphs of that speech. Italics are mine.

I'd like to take this opportunity to say a few words. This storm was bound to happen sooner or later. As determined by the international and domestic climate, it was bound to happen and was independent of man's will. It was just a matter of time and scale. It has turned out in our favor, for we still have a large group of veterans who have experienced many storms and have a thorough understanding of things. They were on the side of taking resolute action to counter the turmoil. Although some comrades may not understand this now, they will understand eventually and will support the decision of the Central Committee.

The April 26 editorial of the People's Daily classified the problem as turmoil. The word was appropriate, but some people objected to the word and tried to amend it. But what has happened shows that this verdict was right. It was also inevitable that the turmoil would develop into a counter-revolutionary rebellion.

We still have a group of senior comrades who are alive, we still have the army, and we also have a group of core cadres who took part in the revolution at various times. That is why it was relatively easy for us to handle the present matter. The main difficulty in handling this matter lay in that we had never experienced such a situation before, in which a small minority of bad people mixed with so many young students and onlookers. We did not have a clear picture of the situation, and this prevented us from taking some actions that we should have taken earlier.

It would have been difficult for us to understand the nature of the matter had we not had the support of so many senior comrades. Some comrades didn't understand this point. They thought it was simply a matter of how to treat the masses. Actually, what we faced was not just some ordinary people who were misguided, but also a rebellious clique and a large quantity of the dregs of society. The key point is that they wanted to overthrow our state and the party. Failing to understand this means failing to understand the nature of the matter. I believe that after serious work we can win the support of the great majority of comrades within the party.

During the course of quelling the rebellion, many comrades of ours were wounded or even sacrificed their lives. Some of their weapons were also taken from them by the rioters. Why? Because bad people mingled with the good, which made it difficult for us to take the firm measures that were necessary.

Handling this matter amounted to a severe political test for our army, and what happened shows that our People's Liberation Army passed muster. If tanks were used to roll over people, this would have created a confusion between right and wrong among the people nationwide. That is why I have to thank the P.L.A. officers and men for using this approach to handle the rebellion.

The P.L.A. losses were great, but this enabled us to win the support of the people and made those who can't tell right from wrong change their viewpoint. They can see what kind of people the P.L.A. are, whether there was bloodshed at Tiananmen, and who were those that shed blood.

5
Why did Zhang Xueliang and Yang Hucheng receive different punishments for their role in the Xi'an Incident?
5
When and why China started to make a difference in the superpower arena?
100
Why China was able to unify and not Europe?
16
Why was 19th-century Japan able to modernize and not China?
12
Why were China and India able to peacefully co-exist for so long?
3
Why didn't the Khalkh Mongols support the Dzungars in their fight against China?
4
Before ww2, why did Japan allow Chinese students to study military science?
3
Why did the Chinese not use military power to force out early Portuguese, Dutch and English trade encroachments?
3
Besides the US in 1958, has there been a post-WWII show of force by any military in the Taiwan Strait (excluding Taiwan and China)?