Which countries have used rail bikes in their armed forces?

Some 15 years ago, I read an article on "rail biking" and as part of the article it showed pictures of soldiers riding the rails on rail bikes! I believe the photos were from between 1850 and 1950.

This website show what rail biking is all about. 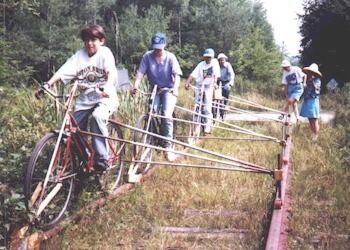 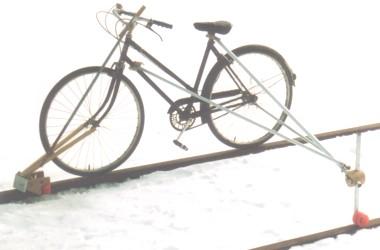 A rail bike ready to go!

Can anyone point out a source of information of a particular country employing such bicycles in their armed forces? 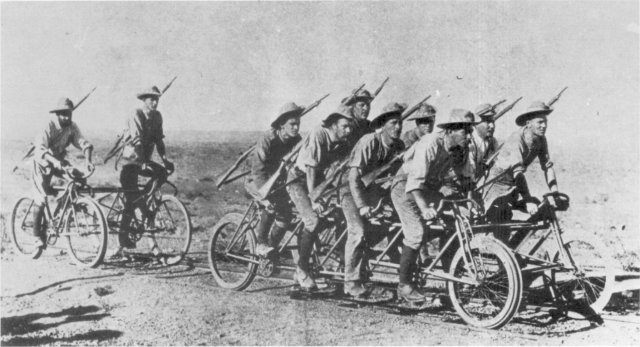 The 'War Cycle' carried several men on the coupling-framework in addition to the eight riders, could be fitted with a Maxim gun, and was capable of a speed of over 48 kmh. Photo: Africana Museum

A special 'War Cycle' was built for use on railway lines, and a prototype of this 8-man bicycle can be seen at Fort Klapperkop Museum. It was introduced into South Africa by the Royal Australian Cycle Corps and had a detachable rim which was fitted to the pneumatic tires, enabling it to be used on rails. When the rim was removed the bicycle could be used on normal roads. These cycles were used for reconnaissance, for carrying despatches, checking the railway line for demolition charges, and also for removing the wounded from a skirmish taking place near a railway.

5
When has a military force used their own people as human shields?
4
Which military commanders burned their own ships?
11
How large were the East India Company armed forces?
6
Which Field Marshal famously used to fire Staff Officers if they could not write orders within two pages?
0
Which were the (militarily) strongest countries of the Holy Roman Empire?
13
In WWI, which countries used prisoners as soldiers?
13
Did 20th century militaries have their own fire-fighter units?
6
What was the Soviet reasoning for developing their Airborne Forces (VDV) into a powerful military branch?