I'm researching an event which occurred between mid-1794 and early 1796, but probably 1795; the even happened at a major English port with American shipping and a Royal Navy ship repair yard.

I know that an American ship's planned departure was 11.00 in the evening; this would be on the ebb tide, shortly after high tide. Knowing the potential dates for each port will allow me to check shipping records only for those dates.

This information is extracted from a manuscript written in 1916, later typed: 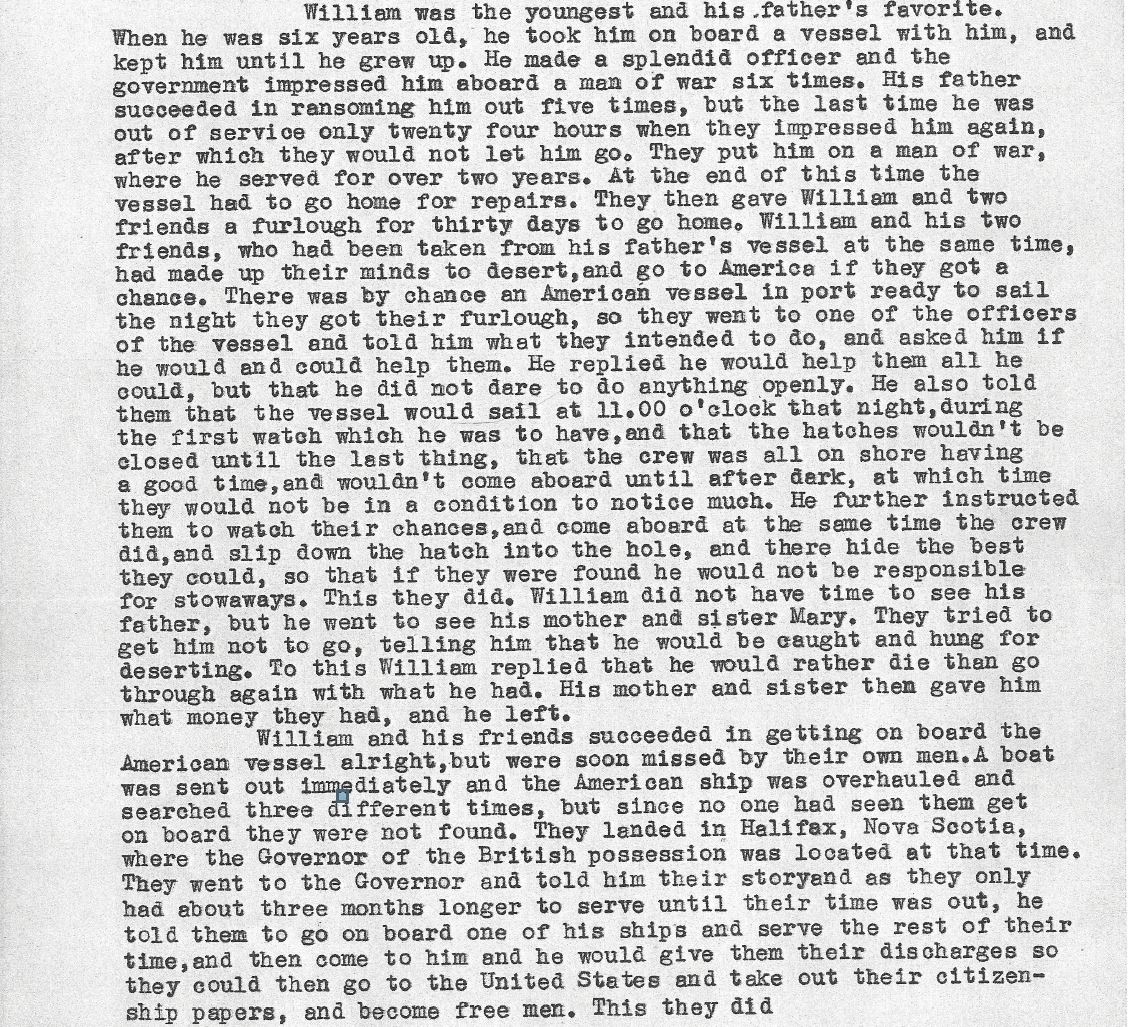 This is the exciting beginning of a lengthy story, for which I have documented most of the following 20 years, after his arrival with a pregnant wife in Detroit in the fall of 1796. I'm hoping to discover his ship from this rather limited information, and from the ship records, his town of origin, and more on his family.

This is related to this earlier question: Battle of Queenston Heights, 13 Oct 1812: 23 American soldiers held as British deserters With the help of this community this question was answered in detail.

Departures at night: From "The New British Channel Pilot: Containing Sailing Directions from London-bridge to Liverpool, and from Ostend to Brest; Also for the Coast of Ireland, from the Tuskar Rock to Limerick: ... Compiled from the Late Surveys Made by ... Admiral Macbride, Mr. Mackenzie, and Mr. Samuel Clements, ... By Captain John Stephenson, Assisted by Many Experienced Pilots", (1799): an extract for Liverpool, the largest port after London, showing the locations of lights, &tc. Hoyle Lake would be the anchorage for ships arriving or departing. 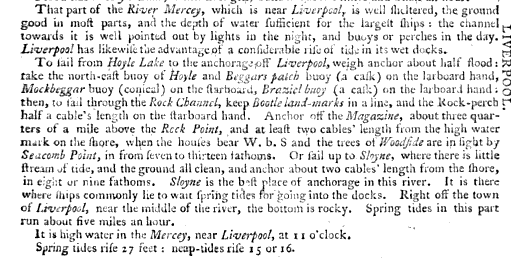 Thus I am looking for a resource which will aid in the construction of historic tide tables in order to whittle down my research into shipping records to manageable proportions. Or perhaps somebody knows where late 18th century tide tables can be found today!

I found a few hits in Google Books, first by doing an "advanced search" for "tide table" by years from about 1790 to 1800, then by wandering around looking at the terminology.

Example from 1800: This is part of an "almanac" / "almanack", and it calls the table as a table of "time of high-water" (aka, not necessarily a tide table)

So another search, using the term "high-water" found this, for 1778 - 1799, explaining how to calculate high water times in that era.

Not the answer you're looking for? Browse other questions tagged england 18th-century naval transportation resource or ask your own question.

20
Did King George III turn his back on John Adams and Thomas Jefferson?
20
Did the US and Soviet navies really come close to blows in the Indian Ocean in 1971?
2
Wreck of the Juno
38
What's the rationale for shipping coins back to Spain from its colonies?
25
Was it possible for a message from Paris to reach London within 48 hours in 1782?
10
What did the Baltic Fleet do in Reval in 1904 and when was it there?
0
Are there other examples of naval bases being deliberately situated in shallow-water harbours post-1801?
7
In 18th century America, how did people board ships to travel long distance?