Why do people refuse to acknowledge the Holocaust? [closed]

Ask Question
Asked 4 years, 9 months ago
Active 3 years, 8 months ago
Viewed 981 times
6
Closed. This question is off-topic. It is not currently accepting answers.

A lot of people nowadays are denying the Holocaust as a hoax and overblown Jewish lie.

I read somewhere that Harry Truman (or Eisenhower) thought that people would not believe the Holocaust happened and that he had troops take multiple pictures of the death camps as proof that such atrocities happened.

Why do so many people refuse to believe what is in front of them and deny the undeniable evidence that clearly show that Jews were being persecuted?

One of my uncles was an intelligence officer assigned to evaluate and document the camps. He also took pictures for his private albums. He retired after 30 years as a colonel, and would offer to show his WW II souvenirs to visitors. I once (~1990) made the mistake of looking through his photo albums, and had nightmares for months. The pictures of the living were very disturbing, but so were the pits filled with the dead. As they say, seeing is believing.

A few years later I visited Dachau; it gave me the creeps. It's really hard to believe that people could do the things that were done. 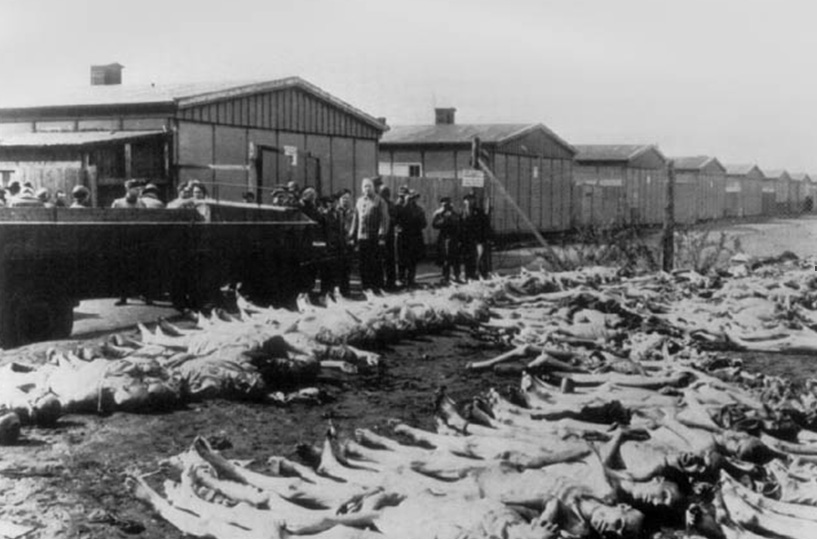 Dachau concentration camp; if too graphic, feel free to remove.

Not the answer you're looking for? Browse other questions tagged nazi-germany jews holocaust or ask your own question.

25
Aside from the Jews, did Hitler have a final solution plan for other ethnicities/races in the Third Reich?
76
Why, in the US, is Japanese brutality ignored compared with the Nazi brutality in WW2?
10
Were death camps originally intended as death camps and if not, what changed?
8
Were concentration camp guards allowed to talk about their work at home?
1
How would Nazi treatment differ between a “half-Jew” and “full Jew”?
63
Why didn't Wehrmacht soldiers refuse to kill civilians?
13
Does Hitler's “Mein Kampf” contain hints that he wanted to exterminate Jews on the scale that actually happened?
9
Why did the Irish Free State suppress news of the Holocaust in 1945? Reaction once it became known?