Why didn't the Ottoman Empire remain neutral in WW1?

From reading the web, I understand that the Empire was in a terrible state. This was the result of several decades of losing battles, nationalistic uprisings, and opposition to reform that resulted in the Ottoman Empire being the original reference of the "Sick man of Europe". Sultan Mehmed V knew this and wanted to remain neutral as there was little possibility for a largely agrarian society to triumph over industrialized powers.

However, for some reason, Mehmed's advisors wanted them to join the war. As a result of pressure from them, Mehmed eventually relented. This really confuses me, as there seems no reason for the Sultan to agree, or for his advisors to want a war when their position was so weak. Apprently they had lost many of their weapons in the Balkan wars a year earlier and were unable to replenish them.

Could someone provide more color on this?

EDIT: I've already read the wiki page, but it only says that they couldn't remain neutral, not why. Looking at the map, I doubt the central powers would have wanted to open another front when they are already surrounded. Considering that Russia's military was poorly armed at the time, I believe they would have preferred to focus on fighting the Germans. 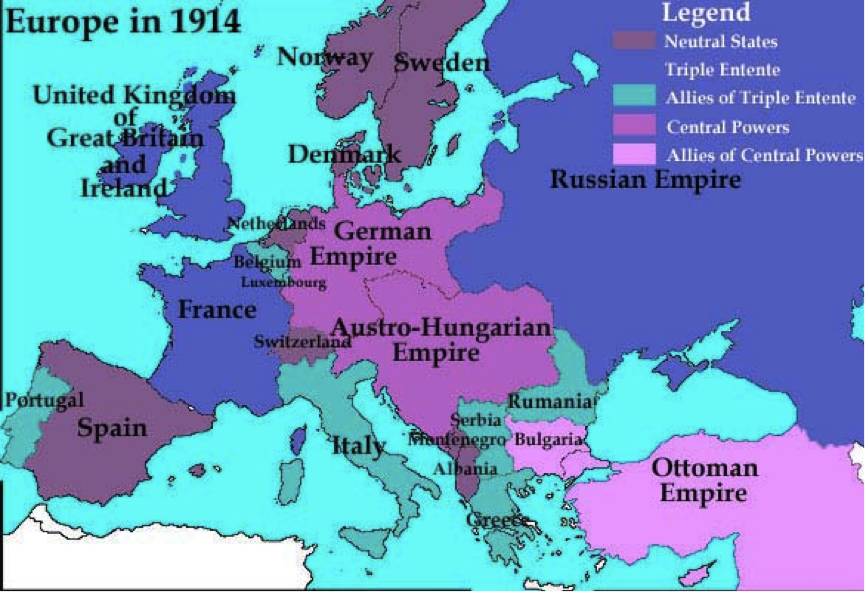 First and foremost, the dire situation of the Ottoman Empire was not a reason not to join the war, but mostly a cause for joining it.

The Ottoman Empire entered the war due to their attack against the Russian fleet, but that attack was not decided by the Government as a whole but by a faction of officers. If the Government had had complete control over the military, it could have stopped them. The weakness of the Government allowed the pro-war faction to throw the Empire into the war.

Now, apart from this technicality, let's try to see the rationale1 of that faction:

And, to be fair, the Ottoman Empire did not did that bad itself. While some of them were helped by the overconfidence of Entente officers and politicians, the Ottoman did inflict some severe defeats to their enemies (Gallipoli, Kut). It did lose some ground to the Russian and British armies, but kept fighting and resisting almost until the end of the war.

1 There are often other motives (like internal politics), not all of them completely rational (personal and organizational rivalries, prejudices, etc.) that can also influence decision making, but those are harder to pinpoint.

2 As Mussolini said when he declared war on France and UK despite being completely unprepared: "I only need a few thousand dead so that I can sit at the peace conference as a man who has fought." And, if you are in the winning side, that is not as absurd as it sounds (Romania was completely defeated yet it was later awarded large territorial gains).

Machiavelli opined in "The Prince" that if there were two powerful combatants, and you didn't join one of them, you would end up the "prey of the victor." If you pick a side and it wins, you will share in the spoils. If your side loses, "you become companions of a defeated fortune that may rise again." More to the point, Turkey was strategically placed, being able to offer or deny access to Russia via the Dardanelles, and that was all the "weapon" she needed.

When war broke out, with the British and the Russians on the same side, Turkey was torn between her historical friendliness toward Britain and her traditional hatred toward Russia. It was basically neutral toward Germany, and had a distrust of the Austrians and the Italians. But Italy dishonored its alliance with Germany (and later joined the British side), and Austria was fighting the Russians, and sometimes "the enemy of my enemy is my friend."

The Germans looked like they were winning, when Turkey entered the war in late October, 1914. They had raced across northern France before being stopped at the gates of Paris. In the east, they had just slaughtered two Russian armies near Tannenberg and the Masurian Lakes.

The "last straw" affected the Turkish navy, which had heretofore been pro-British because it used mainly British built ships. A naval minister named Winston Churchill held back two battleships, purchased by Turkey, for Britain's own use. The Germans sent two smaller ships, one of them a battlecruiser, escaped from Austrian ports, across the Mediterranean to Constantinople, and made them a gift to the Turks for use against the Russians in the Black Sea. This last act swung public opinion to the side of Germans, and caused Turkey to enter the war on Germany's side.

19
Why was Germany held accountable for WW1?
5
Why did Germany attack Neutral Belgium in the first world war?
3
Has the feminization of the labor force continued after WW1?
6
Did the US wage war against the Ottoman Empire in 1917?
30
Why didn't the British Grand Fleet force an engagement with the German Imperial Navy in WW1?
19
WW1 tunneling - bypassing the front line?
2
Why was Germany not broken up at the end of WW1
5
Was Russia ready for amphibious invasion of Istanbul in 1914?