What is the history behind the stripes on the East India Company's flag?

Having stumbled across the East India Company's flag, I couldn't help but notice the similarity to the US flag. 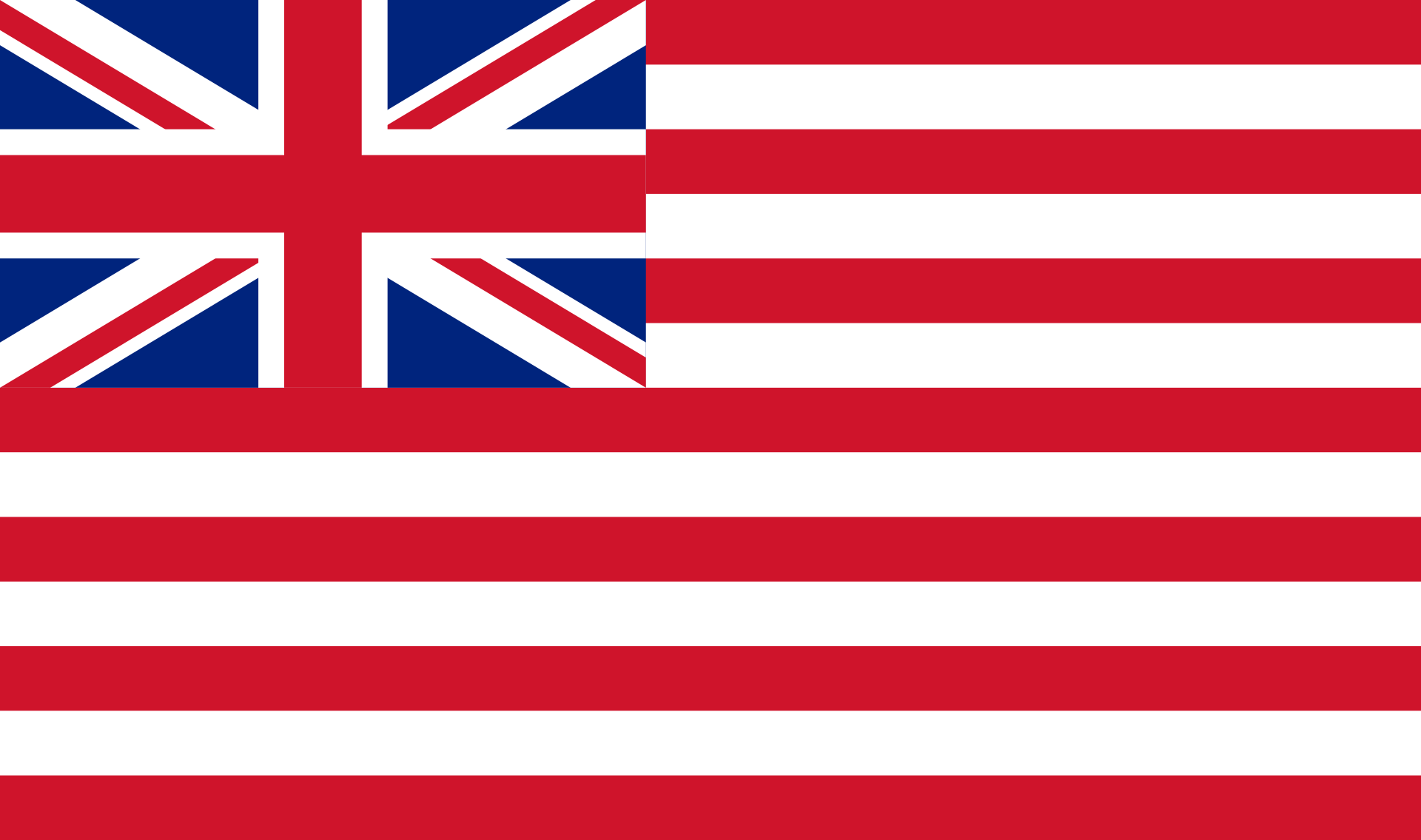 However, I would like to know what the history of the stripes on the Company's flag was since Wikipedia does not really say anything on it.

From as far as I can read, I don't think there is any significance to the number of stripes on the East India Company (EIC) flag - as Wikipedia shows, the flag has had different numbers of stripes at times (between 9 and 15).

However, the use of stripes was significant. While the Red Ensign is now used by the Merchant Navy and other civilly registered craft, it was historically reserved for part of the Royal Navy (RN) (which was divided into the Red, White, and Blue Fleets).

The EIC received its charter in 1600, and it was only in 1674 that Charles II proclaimed the Red Ensign to be a suitable flag for merchant/civilian ships. However, this was not fully adopted until by the Merchant Navy until 1864 when the coloured fleet structure of the RN was abandoned.

So, the EIC needed an Ensign that was similar to those used by the Royal Navy but different enough so that their ships would not be confused with naval vessels. As, at the time, the English flag consisted of the red St George's cross on a white field, it was deemed suitable to make the EIC flag from those colours, and the stripes were implemented to help distinguish EIC from RN.

They continued with the stripes after Charles' proclamation - presumably to continue distinguishing their vessels from other English merchantmen.

Of course, as England transitioned into the Union with Scotland, the EIC flag was updated accordingly. The stripes remained, however, to continue to distinguish EIC from others.

As far as similarity to the Grand Union flag of the Continental Army and Navy goes - the story is that the Colonies simply modified the flags they had to hand (red and white ensigns) with appropriate white or red stripes.

Not the answer you're looking for? Browse other questions tagged british-empire flags chartered-companies or ask your own question.

8
What was Ghulam Ahmad's relationship with the British authorities in India?
13
Did Hungarian Army ever use crescent banners?
6
What was the size of the British East India fleet at the end of the War of 1812?
2
During the Peninsula War, what British material aid was given to Spain/Portugal?
48
Is the photograph "England’s Revenge in India" real, staged, or fake?
6
What was the Hospitaller gonfalon like in the 12th and 13th centuries?
16
How profitable was India for the British Empire in the 1800s?